Moving large amounts of goods from one end of New Eden to the other can be a time consuming, difficult hassle for people. If you can't pilot a freighter yourself, or don't have a friend who can, you might spend days moving ships and equipment from one place to another. If you're in a war, you'll have your enemies trying to blow you up the moment you undock. And even if you are safe and have a freighter, it can still be a long, sometimes tedious process to get from point A to point B.

That's why there are many entrepreneurs who have set up services to provide for those who can't, or don't want to, haul their property across the cluster. One of the more successful groups is Red Frog Freight. We were lucky enough to get answers from several of their directors and contract managers to answer our questions about their organization and freight empire.

According to Ryomanni, one of the directors of Red Frog, legend has it Locin WeEda original created Locin's Freight Service in 2008, due to the difficulty in finding quality high security public courier contracts. Shortly thereafter, the service was renamed Red Frog Freight Service after including additional members from Red Frog Investments.

In 2010, Zaxix, a former director and CEO of Red Frog, got the idea of creating a separate alliance called Red-Frog, containing the various freighter services. They then started the transition from being a division within Red Frog Investment to having Red Frog Freight as a standalone corporation within Red-Frog. In August 2010, the transition was done.

Originally, Locin did not want Red Frog Freight to have anything to do with low- or null-sec, but they started to get a lot of requests for such a service. However, ideas for how to pull this off soon emerged. Black Frog Logistics was originally started as a one-man support corp for Zaxix's PVP alt. After he became a director with Red Frog, he decided to break into the low- and null-sec freight markets, which at the time was only serviced by the corporation Dark Cross Industries. So Zaxix decided to extend the brand and turned the alt corp over to Red-Frog. He asked M'uva Wa'eva to join him in the venture and Black Frog opened its doors publicly on September 28, 2010.

Over the years, the feedback from the community has been fairly consistent. In the beginning, channel advertising was more prevalent, with growth due to word of mouth also playing a role. Outsourced hauling allows miners, manufacturers, and traders to have their goods moved without spending their own time on hauling. Today, many members of the community rely on Red Frog to maintain their operations. And while there are always people who are unsatisfied with prices or delivery times, for the most part feedback has been positive.

Running a corporation as massive as Red Frog requires a lot of work. Their service is available 24/7 to take on contracts and also must deal with rush orders and other special circumstances. It works a little bit like a real life logistics company, with around 600-700 contracts daily, moving goods all over New Eden.

Pilots log on when they are able and haul what they select themselves. Recently, the corporation has instituted a 5% mandatory contribution of base contract rewards toward the White Frog Insurance fund; before this, pilots kept 100% of the rewards. Office feeds are paid by the initial funders and much of the infrastructure costs are covered by donations.

Pilots select their contracts from a specially built web tool that utilizes the API to read contract information. They can then search and select an order that meets their criteria in regards to route length, origin, destination, collateral value, and volume. Some pilots like to take the time and plan out a 70+ jump route, others prefer to go back and forth. They can then click one to open the contract automatically in game.

Behind the scenes, contract managers look over the outstanding contracts and reject any that are set up incorrectly. Recruiters look over applications and introduce new pilots to the corporation. They also keep an eye on any contracts that are going overdue or failed. On each failed contract, they launch an investigation to find out its cause.

The corporation also runs a dedicated public support channel, where pilots and management provides assistance, as well as an internal one for contract alts that remain inside the corporation and their freighter pilots.

Obviously there's a large concern about scams and other problems for potential customers. According to Locin, the biggest concern is the safety of their customers' packages and Red Frog dislikes seeing contracts failing. They try to educate their customers to set the correct collateral to limit their risk for contract theft and loss due to a suicide gank. In the event a Red Frog pilot commits a contract theft, he is immediately booted from the corporation.

However, Red Frog cannot guarantee thefts don't happen and say their service is only marginally safer than public contracts. The risk remains for those who do not set a collateral value that does not cover the cost of the goods. The contents of a courier contract are opaque until it is accepted, so unless a contract has been set to a 0 collateral, Red Frog won't be able to realize an improperly set collateral until too late.

They have had the occasional hiccup, however. In June 2010, they had their first theft of uncollateralized contracts by a Red Frog pilot. They quickly moved to issue a press release and get ahead of the story. The subsequent thread was well received and the corporation actually found their total contract volume tripled shortly after, as the good will and free advertising provided the kickstart for a major growth curve.

Running something as major as Red Frog has many difficulties. Currently, the main challenge is to keep up with all the contracts and deliver them in a timely fashion. This requires constant recruiting. Pilot turnover can be high, with the average pilot sticking around for 2 months. As Red Frog grows each month, it needs more and more pilots. Luckily, many tools have been built to help with recruiting, and the alliance even has a team dedicated to background checks.

The high volume also puts a strain on their web site. Each 15 minutes, they need to download one month of contract data (about 15-20000 contracts) and process it.

Educating clients so they set up safe and proper contracts that do not pose any easy targets for possible theft is also a large issue. Because not everyone is familiar with the contracts system and terminology, Red Frog uses web tools to help filter and quickly locate “dangerous” contracts so they can be rejected and the clients notified.

Protecting pilots has also been a major hurdle in the past. Several months ago, Red Frog started their own insurance company, White Frog Insurance. Pilots pay a premium based on the rewards they receive from contracts and this ISK is used for instance claims later on. This makes their pilots feel more comfortable, as long as they haul according to the Red Frog rules and guidelines (which are mandatory for the insurance claim to be fulfilled).

An example of the tools Red Frog pilots use

For those that want to join Red Frog, Locin suggests they make sure they really want to be a freighter pilot. It is not for everyone. Quite a few have dreamt of becoming one, but once they did so found it not so glamorous. Pilots should be ready for some repetitive work, though the rewards can be great and your fellow pilots can be even better. They say the experience is what you make of it.

However, they also have plenty of advice for those people who might not want to join Red Frog, but have always thought about hauling as a profession nonetheless. Zaxix says the keys to success are the same as any business: Consistent quality service, easy-to-understand pricing and service options, stick to your core service, and know your limits. According to him, more than one competitor has failed due to burnout. Stretching yourself too thin by making commitments beyond your capacity to deliver and giving in to unreasonable customer demands can lead to inconsistent service, broken promises, bad press, and drive people to groups like Red Freight.

BlueWaterNight also suggests interested haulers have a contract alt to protect your freight pilot from suicide gank squads based on the contract you pick up. For those who can't manage a contract alt, he says to be smart. As the saying goes, if it's too good to be true, it probably is. 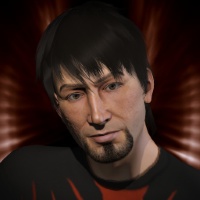 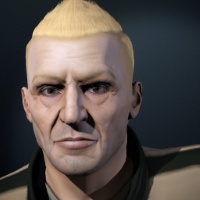 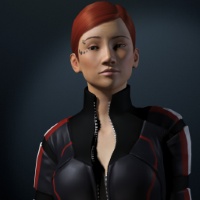 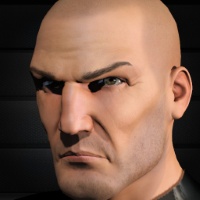 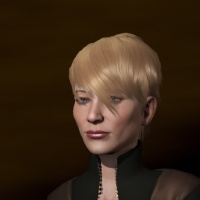 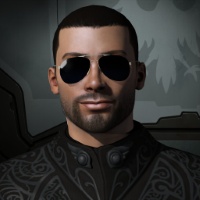 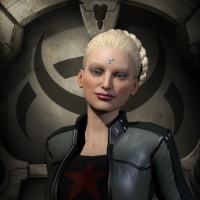 There are a lot of people behind Red Frog who make it successful, too many to list here. Some of the few who were able to answer our questions and are involved in the highest levels of Red Frog include the following.

Red Frog Rufen is a director in Red Frog Freight, the CEO of Black Frog Logistics and Blue Frog Freight, and is the director of recruitment for all three branches. She joined Red Frog Investments in 2010. Aside from Red Frog, she mainly does missions, mines, and explores. She once had her own blueprint research and copy service, but has since run out of time.

Zaxix is the former CEO and founder of Black Frog Logistics and a former director of Red Frog Freight. He joined Red Frog Investments in 2009.

Beatrice Khamsi is a director in Red Frog Freight and a Red Frog and Black Frog pilot. She joined Red Frog in 2012.

Ari Kes is a contract manager and recruiter, a Red Frog pilot, and joined Red Frog Freight in 2013. Apart from this, he also sometimes enjoys a bit of mining and simple Planetary Interaction.

BlueWaterNight is a contract manager, a Blue Frog and Red Frog Pilot, and joined Red Frog Freight in 2012.

Ari Kes wants to say being part of Red Frog has been a bombastic experience and says the community is by far the best and most friendly he's come across in EVE.

BlueWaterNight invites everyone interested to come join them, whether it be to just casually haul on the side or be “hard core” and make hauling your primary EVE activity.

Beatrice wants to thank all the loyal customers and says remember, always set collateral to your cargo's value so you don't lose any ISK!

Those who want to check out Red Frog's history can see check out their 2012 and 2011 Annual Reports. People can also view at their live freight service status. Those interested in applying, as well as those who are just interested in other details about the service, can find details in the Applicant Guide.