The EVE Online universe of New Eden is filled with opportunities to win a fortune – or to lose one. From loan brokers, stock trading and investment banking to more shady activities such as betting, gambling and lotteries – all this emerged from within the EVE community.

Lotteries are especially popular and they are easy to understand: buy a ticket and strike it rich! Only one ticket can be enough to win the jackpot, billions and billions, rare or even unique ships; everything seems to be possible! In New Eden everyone has the choice. Clever people, however, create their own choices and New Eden is the perfect place for that.

Creating your own lottery seems to be an excellent choice and amongst all the past and present lottery organizations only a few have gained such a high popularity as Somerset Mahm with her micro lottery, SOMER blink.

SOMER blink is a popular, website based "microlottery" service, available since 2010, which allows gambling for EVE Online game items with EVE Online game money. The gambling itself takes place on an appealing website with a nice layout completely outside the EVE Online game client. SOMER blink was developed and is maintained by Somerset Mahm and staff.

Traditional lotteries usually offer many tickets, sometimes up to the thousands, and will take a week or longer until the winner is drawn. SOMER blink has changed this format by limiting the average lotteries to 8 or 16 tickets with just a few seconds or minutes to complete.

SOMER blink is quite popular within the EVE community, but it is also reported to be quite addictive and some people may have lost a fortune while others have won a fortune.

A little bit of trivia about SOMER blink reported by Somerset: 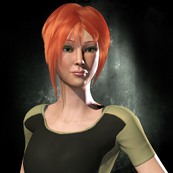 Somerset Mahm is the developer of SOMER blink and an EVE Online player for several years now. According to Somerset she was tired of the traditional lotteries and their sometimes slow turnaround times. Therefore Somerset invented SOMER blink.

During just a single weekend of frenzied development in September 2010, Somerset created the first version of SOMER blink. Compared to the now existing version of SOMER blink, the early version was pretty bare-bones, but over the following two years the lottery site was improved with new ideas and features. An estimated total of 3000 work hours were put into this massive project by Somerset so far.

Somerset’s dream at the early times was being able to give away weekly up to 10 billion ISK in prizes. But now, two years later, SOMER blink’s total payouts are at 450 trillion ISK – what an incredible startup!

According to Somerset it was quite difficult to get into the lottery business, as distrust is quite natural amongst EVE Online players and lotteries can be easily used as vehicles for scams, but SOMER blink proves that with the right idea, proper implementation and good dedication you can archive even challenging goals.

But SOMER blink is not just a plaything! Somerset got hired to her last two jobs because of SOMER blink, as this service is a great example of an idea that has become something impressively large and popular by dedication, constant hard work and ongoing implementations of valuable feedback.

Somerset Mahm is assisted by a team of thirty EVE players who ensure that people get their prizes and have fun playing, including four directors who keep everything running smoothly around the clock.

The team members have different roles. One part of the team ensures a swift flow of ISK between players and SOMER blink. The automated accounting process via CCP’s API can result in a maximum delay of 30 minutes and this delay can only be reduced by manual pre-accounting and this is exactly what SOMER blink is doing. 145 hours per week are spent in average on swift ISK transfers.

Another part of the team handles requests for prize payouts, as not everyone wants to use the winnings to continue playing but instead want to cash out. Last week around 10,000 prize payout-requests were handled and such a request can involve buying items on the in-game market and contracting them to the person who requested the prize-payout.

Other team members are responsible for proper shipment of the prizes in game. The rest of the team handles questions and ensures a good service quality to SOMER blink players - 300 people per week in average use this additional service.

According to Somerset, some of the lottery earnings are used to reward the staff for their great work, but quite a bit is also used to support the EVE Community. It speaks to itself that this support is usually done in the background and without big trumpet sounds, but we would like to mention here at least a recent donation to New Eden Open tournament teams.

The SOMER blink site runs on a quad-core machine and is built using PHP and MySQL. Somerset uses Dragonaire's API software "Yapeal" to communicate with the EVE API (another example of a great EVE Community project).  SOMER blink’s random numbers come from random.org except for live draws where Chribba's Dice is used (thanks to Chribba for providing another exciting time).

Running the SOMER blink site has its own challenges; we present a few of the exciting events that happened in the past:

Onwards to the future

Somerset is still working on improving Blink almost every week, and almost every feature on the site is a direct result of the EVE Community contributing suggestions in Somerset’s chat channel – whether it is a new achievement, a new prize, or a new way to gamble.

Somerset is certainly not running out of ideas any time soon, the planning document is around six pages long at this point and includes years of work.

We will close this Spotlight with Somerset’s words about the EVE Community:

A community that, at its core, is comprised of a bunch of people who really love taking the sandbox building blocks, and making something larger than themselves. That is EVE for me. And that is what keeps me coming back long after missions and mining grow old.