This is a guest blog by the Chairman of the Seventh Council of Stellar Management on its behalf. 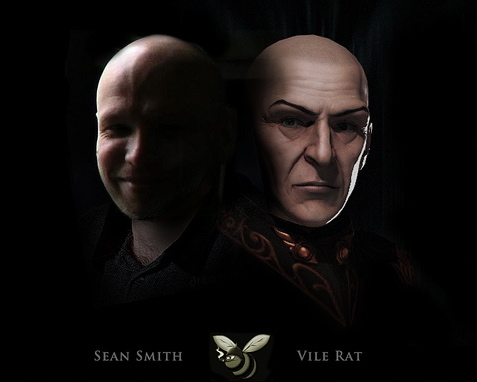 By now, many of you will have heard that one of our own was killed on the night of September 11th in a senseless assault on a consulate in Benghazi, Libya.  Sean Smith was known in game as Vile Rat (or VR for short), and was the longtime chief diplomat of Goonswarm.  Sean was a friend of mine, not as close as I would have liked had we had more time, but someone I am proud to have been given the opportunity to get to know.

Who was Vile Rat?

EVE Online is unique in gaming in that we have always played on the same massive server in the same online universe since May 2003 when it first went live. We not only understand the harsh penalties for failure, but also how longevity and persistence is rewarded with success. When you have over 60,000 people on weekends dealing, scheming, and shooting each other it attracts a certain type of gamer.  It's not a quick fix kind of game.  We enjoy building things that last, be they virtual spaceships or real life friendships that together translate into massive Empires and enduring legacies. Those of us who play understand that one man really can truly make a difference in our world.

The complexity of government in EVE means that diplomacy is as critical a skillset for leadership as you would expect in the real world.  Due to the single shard environment, diplomacy in EVE elevates players beyond the mere sum of their interactions in-game.  Leaders of alliances and their directors can, over time, achieve a cult of personality status that is analogous with what you see in real world politics. This is primarily because many of EVE's players are typically using real world skills and knowledge to get ahead in the virtual world.

Over the years, VR rose to become one of the most well-known and respected diplomats for one of the most powerful Alliances in EVE.  He was instrumental in shaping the universe we all play in today.

My first contact with VR in-game was in late 2007. As was mentioned here in a moving article by CSM 6 Chairman The Mittani, VR was one of the many factors that led to my old alliance, Mercenary Coalition (MC), making the fateful decision to turn on Band of Brothers (BoB).  VR never offered me any deals, threatened, or presented some grand scheme.  Because the anti-BoB train was already in motion within MC, like any good diplomat Vile Rat just made it clear that the people he represented were not necessarily the 'bad guys'.

There are those who would say, “He was a Goon. Goons are the bad guys.” To these players I ask - “How many Goons have you known personally?” While I think the Goons have always enjoyed their role as a 'rogue element' in EVE, I'd say that all of longest living alliances have a similar mixed reputation. There are no 'good guys' or 'bad guys' in the moral landscape of New Eden, just many shades of grey.

My communications with VR would continue on and off for the next few years, both in game as 'Seleene' and then later on as CCP Abathur.  Like so many players in EVE over the past nine and a half years whose paths I've crossed and whom I've gotten to know as friends, he will always be known to me as simply, 'Sean'.

Sean Smith was a veteran of the United States Air Force and joined the State Department 10 years ago. In that time he held posts in Baghdad, Pretoria, Montreal and The Hague. What I liked about Sean was that he was fellow government employee and I enjoyed talking to him about his own 'adventures' in the real world. I recall our talks evolving from him having a crappy connection he could barely play EVE on in Iraq to something finally resembling normal.

After years of talking together online, I finally got to meet Sean in person when he was elected to the 6th Council of Stellar Management and we all traveled to our first Summit in Iceland. He was a genuinely warm and funny guy. In CSM meetings or discussions, Sean was passionate about his positions, and even if you disagreed with him, articulate enough to present his arguments in a way that invited further discussion. I got to enjoy spending several quiet moments with him talking about non-EVE stuff and getting to know him better. It's times like those which I share with many who have never been to an EVE player gathering. Once you meet the man or woman behind the pixels, you will never be able to think of them in the same way again. The experience is almost always a positive one.

Sean's CSM duties carried him to EVE Fanfest this year.  His State Department job had finally taken him to a more relaxed posting in The Hague as well.  As fate would have it, I was flying to Iceland from Germany and ran into him in Copenhagen before the connecting flight we were both on took off. His wife was travelling with him. She was a very cheerful and funny woman and, like other 'EVE wives' with e-famous husbands, she seemed both proud and bemused by her spouse's ~stature~ in the community.

For a man with a real life skill set like Sean's, EVE became both a mental playground and a sanctuary from the danger he was sometimes exposed to as he served his country. Many have mentioned that Sean would sometimes up and vanish due to incoming fire wherever he was stationed. This was very much true and after seeing the report from Jabber on the night of the attack in Benghazi:

my first thought was, "Oh, hell, he's in another one of those places." I hoped that I would soon get word back that he was okay and we were all stupid for worrying. What worried me though was that Alex (The Mittani) was worried, and the more I started F5'ing different news feeds the less certain I was that I'd get to speak to him again. It is even more ironic due to the fact that I had been talking about Sean not even a few hours earlier to another EVE player about my thoughts on the future:

The last time I saw Sean was in the Plaza hotel in the morning after the last night of Fanfest. He and his wife had come out of the elevator to check out and I was talking to a large group of EVE players in the lobby. He had chosen not to run for CSM 7, and I knew it would be a while before I saw him again so I broke away from the crowd to shake his hand one last time. I told him I would miss his daily presence in Skype not only talking to the devs but just in general. I told him that I appreciated the work he'd done on the CSM and was glad that this little spaceship democracy experiment had allowed us to hang out and get to know each other.

While the internet is now rife with stories and memories from those that knew VR in-game as well as those that knew the man personally, I would like to share a few words from the others that had the privilege to work with Sean on the CSM.

On the CSM, Sean was what he was in real life -- a hard-working public servant. He had no desire for fame or recognition; he simply saw things that needed to be fixed, and set about trying to fix them. His loss is all the more tragic because it was caused by forces he detested; those of hatred, intolerance and ignorance.

I think the best way to talk about Sean is to use his own words. Here are some things he said to me recently:

“You are as powerful as you want to be. I hope good things. I want the CSM to succeed. I'll do what I can to help”.

I think that last one especially sums up what we all loved about Sean - he was always willing to help others.

Whether you knew him or not, the game we play was sculpted in large part by Vile Rat.  He was a monumental player within the game and Eve will be worse without him. I was fortunate enough to know the man behind the avatar, Sean. To say he was a good man would be a gross understatement; simply put he was as good a man as they come. It was impossible not to respect and admire his passion and devotion to his family and his work. On CSM6 we were often times on opposing sides, but at the end of the day we were always able to sit back, laugh, and talk as friends. That's the type of man he was, and I consider myself very lucky to have called him "friend". He will be sorely missed and my heart goes out to his family and loved ones.

I met Sean in 2006 in Washington D.C. I remember this as if it happened yesterday: a bald little guy who claimed that he could out-drink a Russian. It was a very funny and interesting introduction. I also met his wife that day and my feelings go out to her and Sean’s kids. Over time I got to know him very well. We spent a lot of time drinking together and sharing stories. Some of those stories were heart stopping, but Sean was always            optimistic and full of life. His will to help other people was never limited to only in game.Sean was a very "big" person in EVE and outside of it. He brought a lot of things to the table. Rest in peace. my brother. 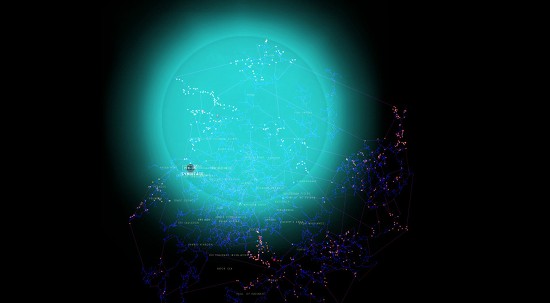 Pilots light up cynos in one of many tributes to Vile Rat throughout the EVE universe that included a massive outpost rename amongst other solemn efforts.

If I had to name Sean’s greatest contribution to EVE I would sum it up in one word: CONTENT.  EVE doesn't rely on pre-written story lines to give color and richness to the universe.  EVE's story is a narrative birthed and dragged forward kicking and screaming by the players.  The player-driven saga of EVE has seen time and time again how the fortunes of tens of thousands of people can turn on the words of a few, or even just a single player.  Sean was one such player and over the years he directly or indirectly touched and influenced the lives of countless people.

EVE's community is well known for being a dark and cut throat place but as a whole, I believe everyone realizes that real life takes priority over anything in the virtual world.  I have seen very few negative or disrespectful comments in the wake of Sean's passing.  It's impossible for us to not relate to this tragedy. Even to those that did not know him personally, Sean was "one of us".

Sean made the world we all play in much more dangerous while simultaneously making the world we all live in that much safer.  I already fear the real world ramifications that may come as a result of Sean's death.

People who play EVE all too often confuse the in-game actions and personalities of the characters played with their real life counterparts.  If this senseless tragedy accomplishes anything positive in the tiny corner of the world that is the EVE community, I hope it helps people remember that even the most “Vile Rat” can be, in reality, a warm and funny guy with friends and family that care about him.

We will miss you, Sean.  Goodbye, friend.

-Mark “Seleene” Heard and the 7th Council of Stellar Management