Holiday Gift For All Capsuleers - The Zephyr | EVE Online

Holiday Gift For All Capsuleers - The Zephyr

You have given so much to CCP through EVE Online. Massive fleet fights with untold destruction, a friendly arm to steady us during a Fanfest pub crawl, the ingenuity behind gaming‘s most compelling player stories and even the criticism that we need to follow the right path as stewards of EVE Online. This has not gone unnoticed, capsuleers of New Eden.

As bitter cold descends upon our global offices, the EVE development crew has managed to thaw out it‘s frozen asteroid heart and give a little something back to you. Our team has been secretly planning and wrapping a holiday gift for pod pilots the universe over—the Zephyr.

The Zephyr is a unique starship design, relying almost entirely on solar winds for sublight propulsion. Super-light sails allow it to ride the torrents of photons streaming through space, and its barebones construction gives it a tiny sensor footprint and almost negligible mass. Originally conceived by the ascetic Intaki polymath Valsas en Dilat as a demonstration of minimalist starship design, it was never intended as a commercial venture. The recent discovery of the uncharted Sleeper Territories and their myriad wormholes has brought the Zephyr new attention - its mass makes it an ideal exploration vessel. Valsas remains adamant that the Zephyr never sees mass production, but at the close of YC111 he authorized the Intaki Syndicate to distribute a single hull, paired to a specialized Prototype Iris Probe Launcher, to every registered capsuleer.

“CCP Wrangler, enough intro, you tease! What does it look like, why is it cool and when do we get it?“

Here‘s a couple pictures of the Zephyr (click to get the larger versions). 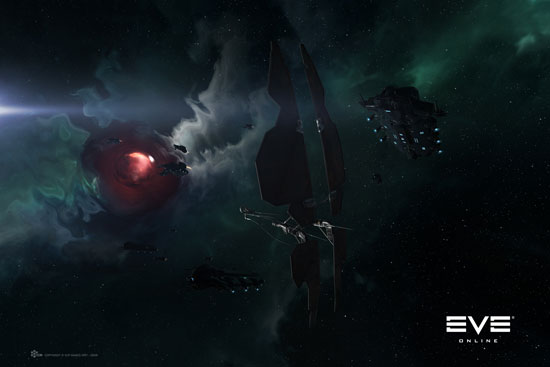 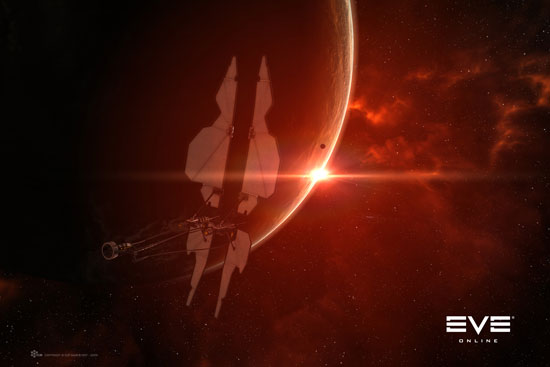 And here‘s what makes it unique: It has it‘s own special probe launcher (for wormholes) and Sleeper NPC‘s won‘t shoot it in the same way that all NPCs won‘t shoot pods. While flying the Zephyr is as easy as a shuttle, using the launcher will require some core probes and training of the skill Astrometrics to level 1. You can find both on the market or get the Astrometrics skill book by doing EVE Online: Dominion‘s new exploration tutorial.

And, now with the new Scanning Guide tutorial video, you'll find using the Zephyr for exploration even easier.

Beginning Dec 18th 2009, you will find the ability to redeem it on your account login screen. You can then assign it to a particular character and the Intaki Syndicate will deliver it to your hangar bay. You will be able to redeem the holiday ship once per active (not trial) account and will no longer be available after Jan 6th 2010, so make sure you log in to receive yours.

Here‘s how to redeem it: