Hello capsuleers! This is CCP SoniClover of Team Super Friends, here to talk some more about Industry changes for the summer.

The Story So Far

Previous blogs in the industry series have shown you a whole host of changes we’re making to industry in EVE Online. To cover all the details we have six blogs lined up in relation to Industry: 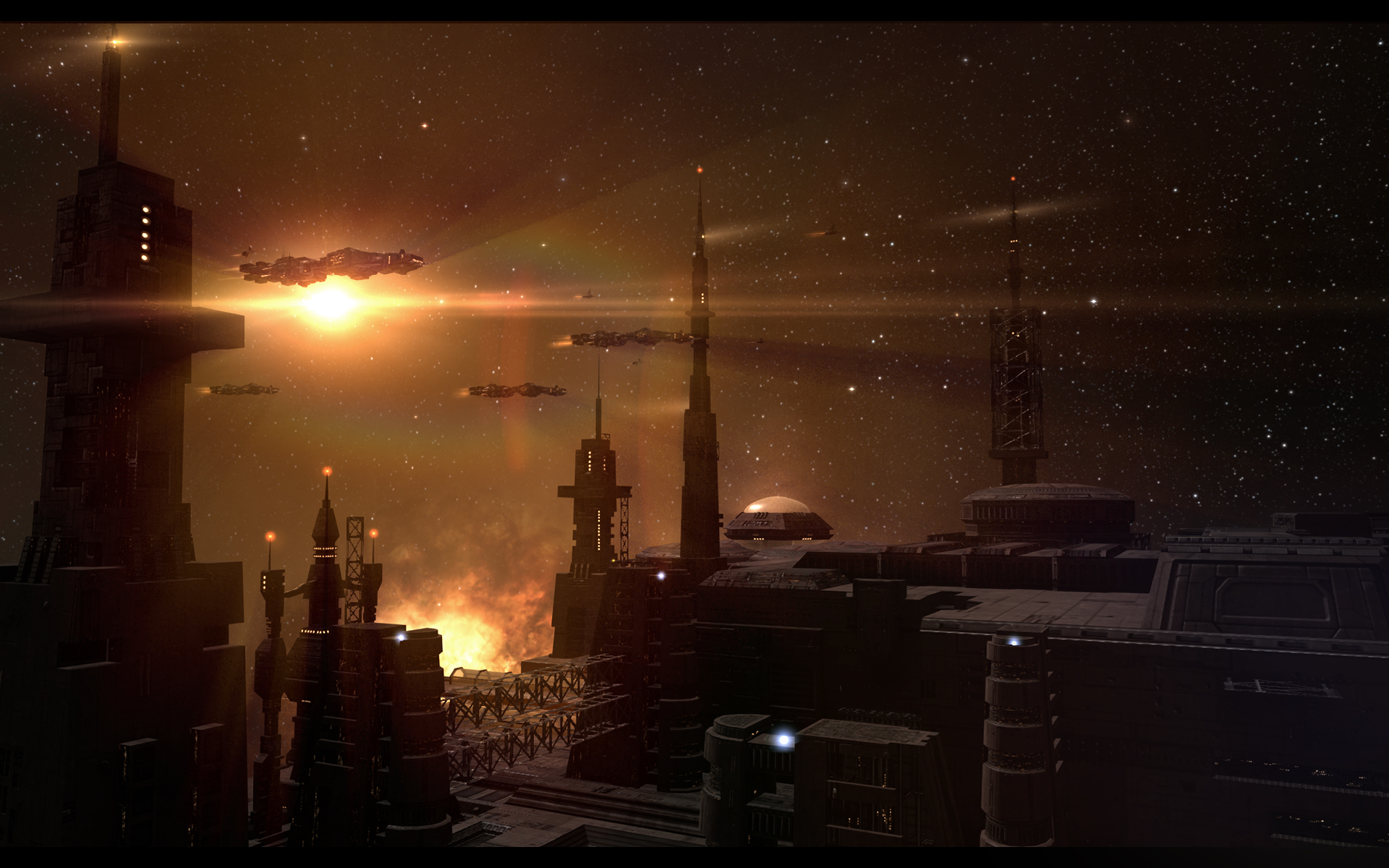 Before talking about teams, let’s get a bit better acquainted with what landscape means.

For Industry in EVE specifically, landscape means the interstellar topography of what is being built where. Out of over 6,700 non-wormhole systems, New Eden has several large solar system hubs, such as Itamo and Penirgman, several hundred systems seeing a decent amount of industrial activity and a whole lot of systems seeing little to none. Several things can contribute to a landscape forming, but as things stand, the two main ones are distance to market and security level. The slot barrier is also a limiting factor, though not so much for manufacturing. The current slot system is mainly a bottleneck for material research and copying.

The dramatic changes to the cost of industry jobs, as outlined by CCP Greyscale in his dev blog, adds another layer to the landscape, one that will rival the distance to market and security level in shaping the industrial landscape. In fact, if we do nothing but the cost scaling changes, we’re encouraging players to spread industry activity out as much as they can, which is not ideal. That is where the team system comes in.

Let’s start with a quick elevator pitch of what "teams" are. We’ll then dig into the details in later sections.

All jobs now require a workforce. All jobs automatically have regular workforce attached, so no special action will be required to start jobs We're not exactly sure how you capsuleers were able to build things without one before!

A "team" is an expert NPC labor force, that players can choose to hire instead of using the regular, provided workforce. A team consists of specialists that give bonuses to certain jobs.

These specialized teams are not available everywhere at any time. They are hired into a system through an auction. Once in a system, the team is available for anyone doing a job in that system for month, at which time the team retires and goes on a much needed space "vacation".

In the new system, all industry jobs require a NPC workforce (for the summer release, this might only apply for manufacturing, with the others being added later). By default, a regular workforce is hired and its salary included in the base cost. Players then have the option to hire (at an extra cost) a specialized team, consisting of team members with specialized knowledge and expertise. These teams can give a bonus to the job. The bonus might be reduction in materials needed and/or time to complete the job. This extra bonus comes in addition to the bonus you get from the facility you’re using or the research level of your blueprint.

The teams consist of people that have willingly used Inferno boosters to enhance their capabilities and creative juices. The cost of course is that after the frantic period of high activity, they break down and need extensive therapy to recover a semblance of a life. And yet thousands of people jump on this opportunity for the massive amount of money they can generate in the short time before inevitably burning out, meaning they and their families are set for life. You can read more about Inferno in this chronicle.

A specialized team resides in a solar system and can be used by anyone doing a job in that system, including in POSes. The teams thus act as a counter-balance to the cost scaling – the presence of a good team can offset the increased cost in operating in an active system.

In order for landscape shaping to be dynamic over time, what system a specialized team will operate in is determined by the players. Industrialists interested in getting teams to help them out need to periodically acquire new teams because of their limited "careerspan" thanks to Inferno.

Before describing the life cycle of a team, let’s get a bit more in depth on the teams themselves. Here is the low-down of the specialized teams in a digested form:

Teams can be viewed in a new tab in the Industry window, called (you guessed it) Teams. This lists all teams, but can be filtered in many ways to allow players to drill down to exactly what they’re looking for.

A team is either up for auction (where players vie for where the team will operate) or active in a solar system (the one that won the bid). So if you’re looking for a team with particular characteristics, you would start by looking at what teams are active in your vicinity and if there are no good candidates currently active, you can see if any decent team is available for auction.

When you’re setting up a job, a regular workforce is pre-selected to work on that job. The cost for using this workforce is baked into the normal job cost. You can use a team by selecting it in the team list tab. This will add the team to the job process and its stats and team cost are automatically applied so you can easily see the differences the team has on the job (less materials needed, faster production time). Selecting another team replaces the first team with the new one. You can de-select by clicking the selected team again to go back to the generic team. You can select teams that are not active in the system you’re setting the job up in, for comparison for instance, but you cannot of course start the job with a team not in the system selected.

Let’s look at the life cycle of a team now.

Teams are seeded into the game over time and become available for auction. The stats, name, home and activities are all randomized, meaning there is a wide variety between teams.

All auctions last seven days. Bids are placed on a team on behalf of a solar system. This means bids made by multiple players on the same system are pooled together.

When placing a bid, the default location is the same system you’re in, but you can edit this to bid on a system remotely. A bid can be entered for any system, including wormhole systems. Bidding on behalf of a system that is far away requires a minimum initial bid. Teams have a home location when they are created and the minimum is higher the further away the team’s home is. This represents a relocation cost and gives a small amount of geographical differentiation without it being too stifling.

Note that while a team is up for auction, it cannot be hired on any other jobs.

When the auction ends, the solar system with the highest pooled bid wins. The team becomes immediately available for hire in the winning system. The team will be active in the system for 28 days (four weeks), at which time it retires (or is institutionalized; Inferno does not treat its users well). Any jobs the team was hired for are completed normally even if the team retires while the job is still ongoing. If no bids were made on the team, the team retires immediately at the conclusion of the auction.

Before signing off, let’s look at a few of the reasons for this particular design.

Finally, we have a few designs and iterations to go for post-summer release. Here is a brief overview over some of them, though if and when anything in this list will be worked for is still not decided. The list does not include expanding teams to work for all industry activities, as it is a given that will be supported (though reverse engineering is not 100% certain).

That’s it for teams for Team Super Friends. Please leave your feedback in the comments and we will try to answer all questions as best we can.