We are not colluding with your internet service provider

As some of you may know already, we have plans to update the nebulae backgrounds of EVE with more modern graphics. The goal behind updating these graphics, as so often, is not to do it simply for the sake of updating graphics and having you download new textures because we are secretly working with your pay-per-megabyte ISP, but instead to deepen the immersion, in this case to make the world more real and give people a better sense of scale and location in the universe. They are inspired by real world imagery but they are all computer generated, painstakingly rendered using state of the art hardware and software. 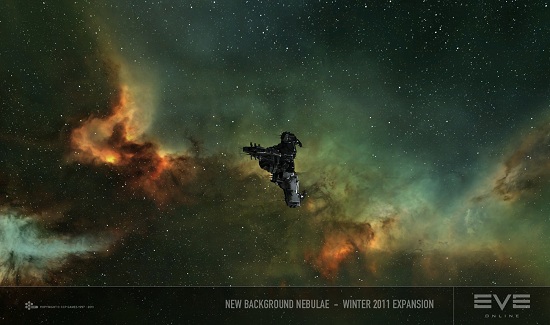 Currently in EVE today, for non-wormhole systems (wormhole space will not be affected by these changes), there are 30 different nebula backgrounds in EVE and the system determines which one to display based on the constellation you are in. It‘s fairly random even if it is the same random every time per constellation. But dividing these 30 between the 786 constellations in known space, you may have the same background shown to you up north in Tenal and deep south in Stain. This will now change.

There is a sense of location in space

You will now see the different phenomena of space based on where you are in the EVE universe. As you travel closer, you will see the phenomena larger and more detailed, and eventually be inside them. The Cloud Ring, the Cauldron, Vapor Sea. These are large stellar objects that span multiple light years. Magnificent astronomical phenomena that evoke a sense of awe and beauty. 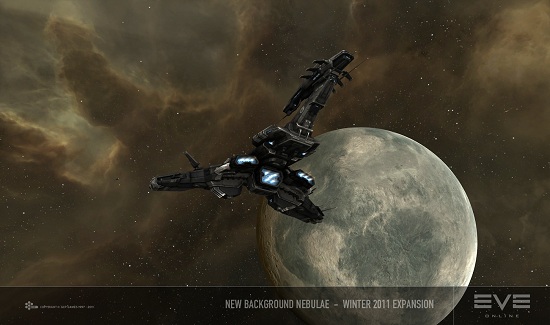 Region jumps cause the sky to change

Given the large number of solar systems in EVE and the quality we put into these backdrops, we had to make compromise between granularity and quality. We decided that the smallest unit using the same backdrop would be a region. That means 68 unique backdrops. So when you jump between regions is when you notice phenomena being closer, further away or gone.

Lowsec and nullsec are dark and scary

When travelling in this new world view, you will notice that there is more darkness in the world. Previously, almost all solar systems seemed to be engulfed by a nebula and there was very little black in the sky around you. If this were the case in the real world, gravity would kick in and the universe of EVE would implode into a black hole, which makes all of your stuff lose all of its electrons and turn to plasma. Not something we want.

So now, nebulae will occupy parts of the sky and there will be more dark patches. This is especially applicable to lowsec and nullsec, as these are dark and dangerous places. You will notice that the palette of colors is cooler, but since it‘s dark you may see more stars. Hisec will be warmer and more saturated. Not because there are rainbows there and it’s the Kingdom of Caring. No no-one is saying that, but still it is to communicate the fact that you are in the more safe parts of space. As it so happens, by stellar coincidence, the dominant stellar phenomenon of each race happens to be in the same color palette as the ships of that race, making it more clearly distinguishable. 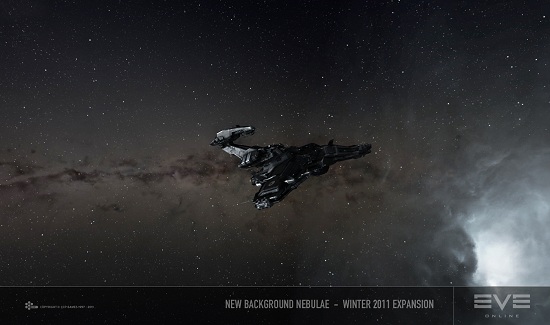 Your ship is affected

With the background nebulae becoming quite different to what they are now, with some of them darker and sparser, your visual experience will change. Most ships in EVE reflect the nebula of the area of space they are in. That reflection is often perceived as part of the ship and its color. Since the nebulae are different, the reflections will be different, meaning the ships will look different in different areas of New Eden. We are aware of this, and this is a matter of both excitement and concern within the EVE team. We will of course do our best to make sure your ship still looks beautiful, nice and badass, but since this is such a radical change, we will be releasing the new nebulae to our test server Singularity, so that you can fly your ship in your home system and tell us what you think on our fine forii. Praise the new celestial wonders or emo rage about these stellar abominations. We will incorporate that feedback into our final polish and tweaks to the nebulae and lighting. Tell us what you think.