It‘s that time of year again. CCP‘s developers have finished planning and preparing and have started work on the next expansion for EVE Online. The exact release date will be announced later, but let‘s say that it will happen before the summer solstice.

What‘s in the package?

For a long time we have had people asking us for more options to build up their own infrastructure. It‘s something that comes up frequently at Fanfest, in past CSMs and during casual conversations with players. There seems to be some deep Freudian desire to erect something monumental. To make stuff. To create something new. At last Fanfest we announced our plans to allow you, the pod-pilots of New Eden, to shift your foci away from the heavens for a moment, onto the planets. In Dominion, we gave the planets a facelift, updating the graphics with beautiful landscapes, awe inspiring deserts, peaceful Ewok-friendly green worlds and violent burning lava fields. But that was just eye candy, right? Well, not quite. In our upcoming expansion, Tyrannis, ALL THESE WORLDS ARE YOURS. 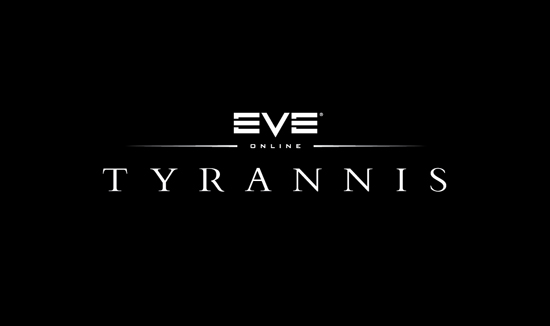 OMG did you say all of the planets!?

That‘s right, you will finally be able to survey for juicy deposits of minerals and other goodies, build infrastructure to harvest them, store them, process them and launch them into space. Build complex networks of facilities and fine tune them for optimal production. All in a very massive single shard sandboxy way as only EVE can provide. And it‘s not just the terran planets. It‘s ALL OF THEM. The gas giants, the lava planets, the ice worlds, the water worlds and even the elusive plasma planets. Each type with their unique properties. Maintaining facilities on gruesomely hostile planets will be tougher and more demanding, but the rewards may be so much more “onturning.”

More will be revealed in upcoming blogs and on our test server, Singularity. Make note however that Singularity is a test server, primarily intended for testing of code in development and nothing is final until it hits Tranquility. All graphics, UI, balancing and mechanics are subject to change, iteration and polish... 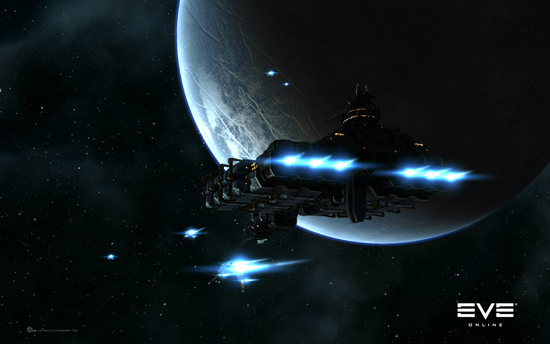 Is there combat on planets?

No, not in this expansion. This expansion is about exploration and industry. When something goes bad or breaks it is because of the owner‘s mismanagement, and when things are awesome and perfect, it is because of skill and hard labor on part of the player that runs the facilities.

In future expansions you will be able to project military force for attack and defense of planetary installations. That will be where DUST 514 will connect with EVE. But DUST 514 will not be coming out at the same time as Tyrannis, so that is at a later date.

In September last year, a devblog by CCP Caedmon introduced our new Web Frontend into EVE Communication codenamed COSMOS. It was later branded "New Eden". In the agile spirit of CCP, we have since renamed it and decided on the final name which is EVE Gate, which makes sense because it is your gate into EVE. Clever, eh?

EVE Gate will allow you to interact with EVE through a regular web browser. At first, we are giving you communication and collaboration tools. You will be able to access your EVE Mail through a browser, we are adding a calendar both in-game and out of game and are upgrading and streamlining our contacts and standings system. There is also a system for posting updates for players, corporations and alliances. More details on those changes will follow in blogs to be released in the coming weeks. EVE Gate is a foundation which we are architecting in a way that allows us to build deeper interaction with the game itself in future iterations.

We are working on other optimizations and improvements throughout the game, as usual with our expansions. A task force is working on reducing fleet fight lag, often working deep into the night chasing action around on TQ, while another team is developing an advanced simulation environment for load testing on our local servers.

There is a sense of excitement in the air here at CCP. Today our development teams finished the first of their three week sprints, ending in a demo where we saw parts of the both the planetary feature and EVE Gate already running, with mocked up UI and graphics. Our engineers, artists and designers are deeply committed to continue to deliver a compelling EVE experience to all of our players, deepening the game with exciting new functionality while iterating, polishing and improving existing systems and code. We truly look forward to delivering Tyrannis to you. Soon.