Some time has passed since our previous blog on invention changes and we would like to make sure the latest information is available to our player base before those changes go live with Phoebe.

As mentioned in our previous blog, we are going to change science field skills drastically both for invention and Tech II manufacturing activities. If you haven’t seen the changes yet and are even loosely involved with those activities, we strongly recommend you read them so you can plan ahead, as skills will not be reimbursed (none are taken away. requirements are just shuffled around) and you may find yourself unable to invent a particular item you were the day before release.

We are specifically referring to the module changes here and ship changes there.

We are also renaming the following skills:

In addition, we are going to decrease level requirements to 1 for Tech II item manufacturing on the following skills:

To compensate for this change, all those skills will now give a 1% Time Efficiency bonus for the Tech II manufacturing job they are required for, which is still going to give an incentive for players to train those up, or give an edge for players that already trained them. 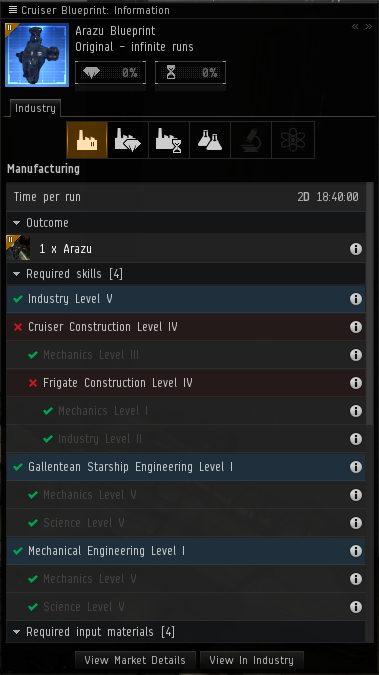 When Phoebe is deployed, Reverse Engineering will no longer exist as a separate activity, with Ancient Relics now falling under the purview of invention.

The new invention formula thus is:

In addition, base invention chance for all items is going to be modified to compensate for the formula tweaks above:

Taken in conjunction with the changes to the Invention formula above, that means the basic Invention chance will pretty much stay identical to its previous iteration.

Since the Crius release in July, invention only consumes one blueprint copy run at a time. As such we are adding the possibility for Phoebe to queue those runs on a similar manner with Manufacturing runs.

We will keep a close eye on the effect of this change on the game, and we may tweak blueprint job times if the need arises.

Below is the updated UI of the invention window: 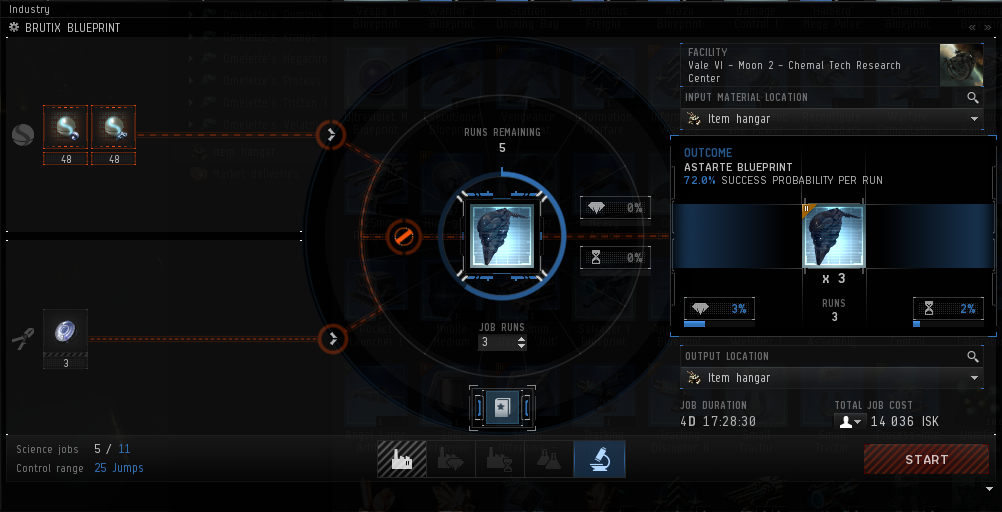 With the removal of those items, players will be able to directly pick and choose the exact race and subsystem type they want instead of relying on a random number generator (RNG) mechanic.

Below is the updated UI for picking subsystems: 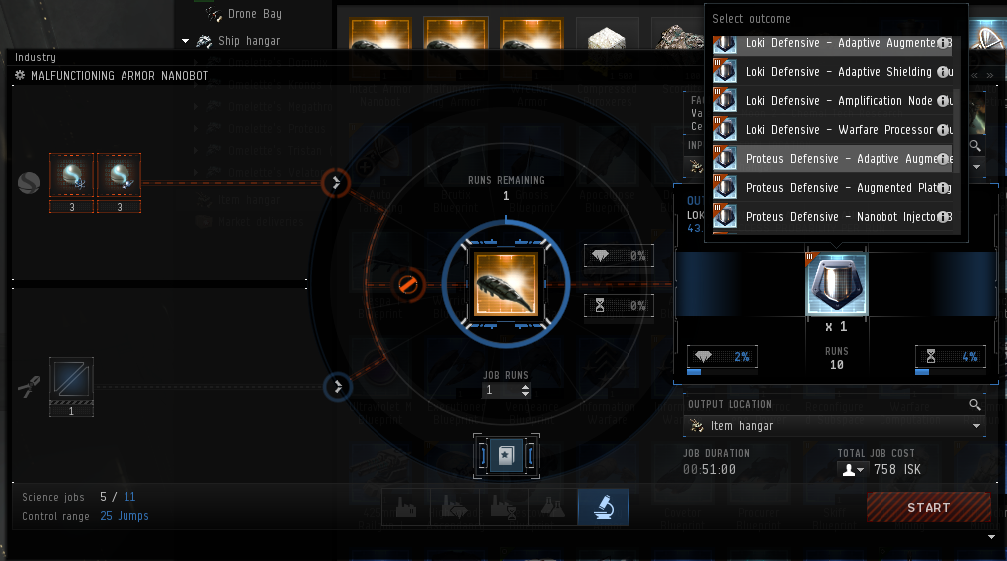 To compensate for this and to stimulate the market for Tech III materials, some changes are being made to the build requirements of various Tech III components.

As part of our effort to remove needless complexity from EVE, racial decryptors are now going to be merged into one set of generic decryptors which affect all races in the same way. Decryptors will also now affect Ancient Relics.

As an added bonus, Cosmos items will no longer require Decryptors as part of their manufacturing requirements.

These two features will not be going live for Phoebe.

After some discussion we arrived to the conclusion that multi-invention outcome, while adding a beneficial impact on this activity, was annoying with large industry batches and messing with players wishing to accurately predict long term job outcomes.

So we instead decided to spend our time working on force projection changes, which we’re sure you can agree was a much more pressing problem to address for this particular release.

Regarding invention teams, we are currently investigating the purpose and state of teams in the game as a whole.

In all cases, we hope you are going to appreciate the invention changes we have been working on for Phoebe. Manufacture safely out there and may the invention RNG gods be with you.