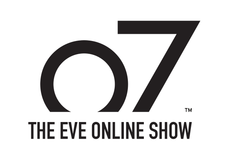 It's o7 week so this Thursday we need your eyes firmly glued to a monitor of your choice at 20:00 EVE time.

We'll get a status update on the Citadels expansion from the dev team and discuss some stats. We'll show a new segment from the guys at EVE_NT Collides featuring well known EVE players dueling - this time with two players known for other things than fighting, Chribba and Bluemelon.

We'll do a live interview with a couple of prominent players from opposite camps in the big war raging up North, and we'll take a look at what else has been happening in the community.

Oh, and there will be Quafe skin giveaways throughout the show as well.

See you on our Twitch channel!