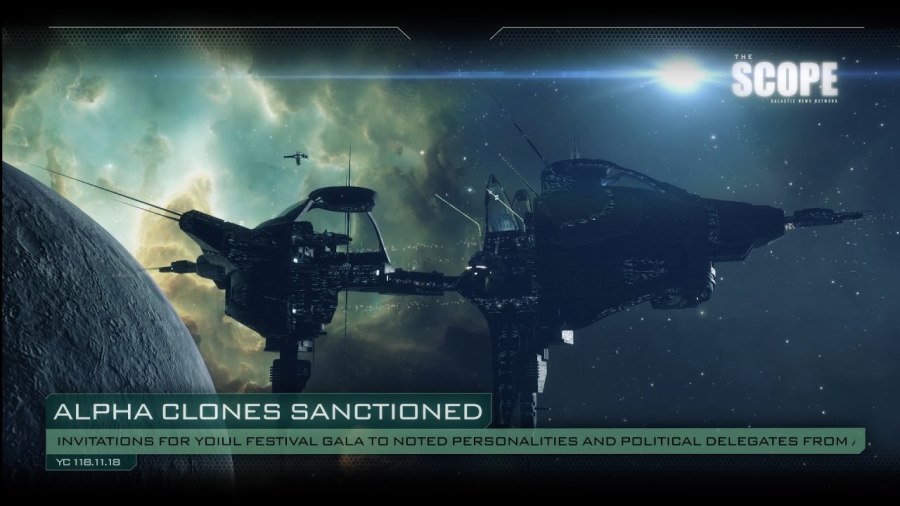 Alton Haveri reports on the deployment of new Alpha clone technology by the four major powers of New Eden, and the sudden rise in independent capsuleer traffic that the new CONCORD legislation in place to support it has created.

Meanwhile, a splinter group from the Sisters of EVE has come forward with an ominous warning, claiming that the technology was gleaned from research, including the work done on Project Discovery, that has been performed on Drifter technology and clones.