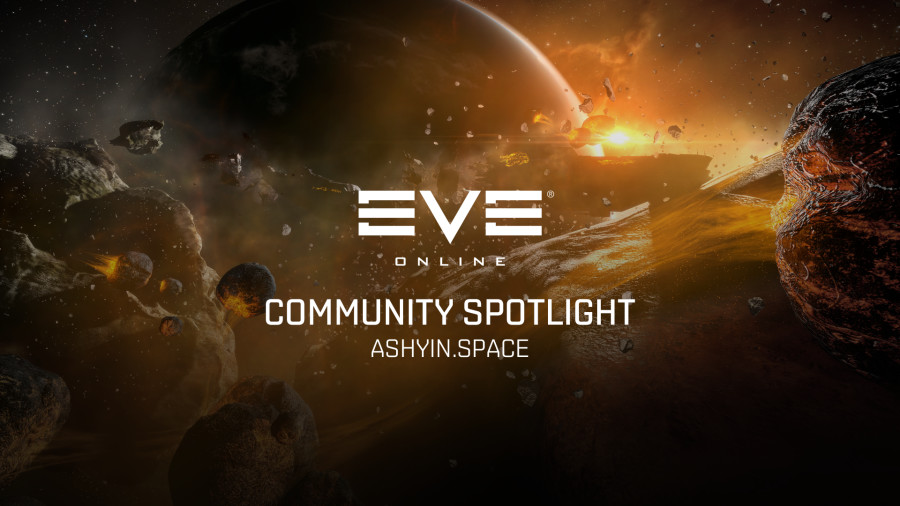 For the upcoming weeks, we will be interviewing various EVE content creators and media to broaden the horizon for many players and to give them the recognition we feel they deserve.

The first interview will be with Ashley Traynor, who owns a relatively new website, AshyIn.Space but has been around New Eden for years. She is a wormholer at heart but has ties to Gallente Militia and is currently running her corp called Foxholers. Being aware that running a corp is hard, Ash likes to remind players that she is probably the worst CEO in wh-space (someone has to take that crown). When flying with Ash, you’ll have to get used to random screams through comms which (usually) come from her pet cockatiel Freya.

When was the Website founded, and why did you feel like it is needed in New Eden?

My personal site "AshyIn.Space" has been around for three months, but I began writing and editing for Crossing Zebras around three years ago when the Citadel expansion launched in order to represent wormhole space. I see myself nowadays as an independent journalist who cares about wormholes perhaps a little too much!

What work would you say that you are proudest off on your Website?

That's a tough one. Strictly on my own website is my annual The State of Wormholes, although I'm still hyped about having been published on PC Gamer with a story about the eviction of Hard Knocks from Rage.

Are you working on any features that you want to tease for your readers and future readers?

My How 2 Krab series is in full swing at the moment and there are still three more parts to come. There also may or may not be a State of Wormholes: 2019 ;)

What is your favorite place in EVE online and why?

While I'm tempted to say "all of wormhole space", my favorite place is Promised Land and the EVE Gate itself. They remind me of the rich lore in New Eden and the history that players have built over almost two decades.

What would you say is your biggest accomplishment in eve and or biggest failure/regret?!

Other than my writing, my biggest accomplishment is coming top 12 as Captain/FC of Villore Accords in Alliance Tournament 14 with Machariels and Moas. Other than that I suppose I do regret killing my own corp three times already. At least we're back together again now.