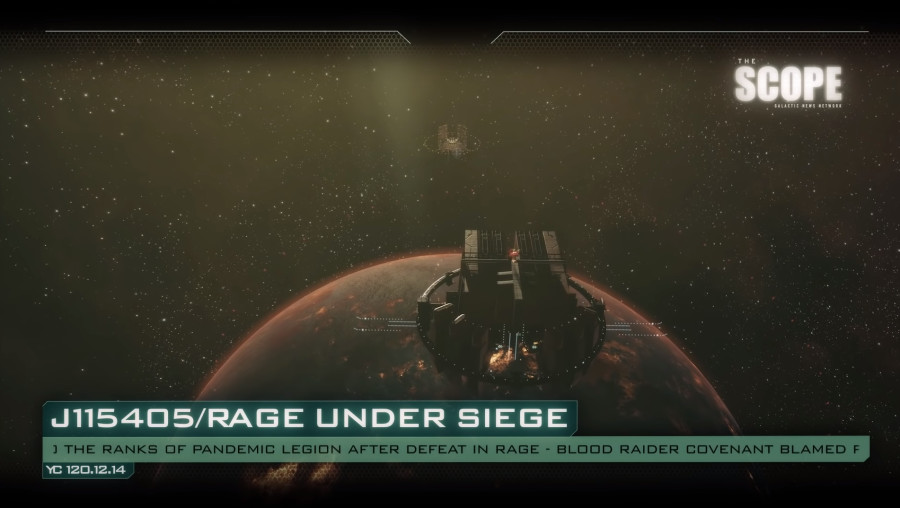 Alton Haveri reports on the destruction of Fort Knocks, the first fully operational Keepstar citadel in New Eden. The besieged structure in the wormhole system known as Rage finally had its defenses breached and underwent a spectacular demise. In other news, Minmatar forces have been taking up positions near jump gates that border Amarr Empire systems, enforcing a blockade.