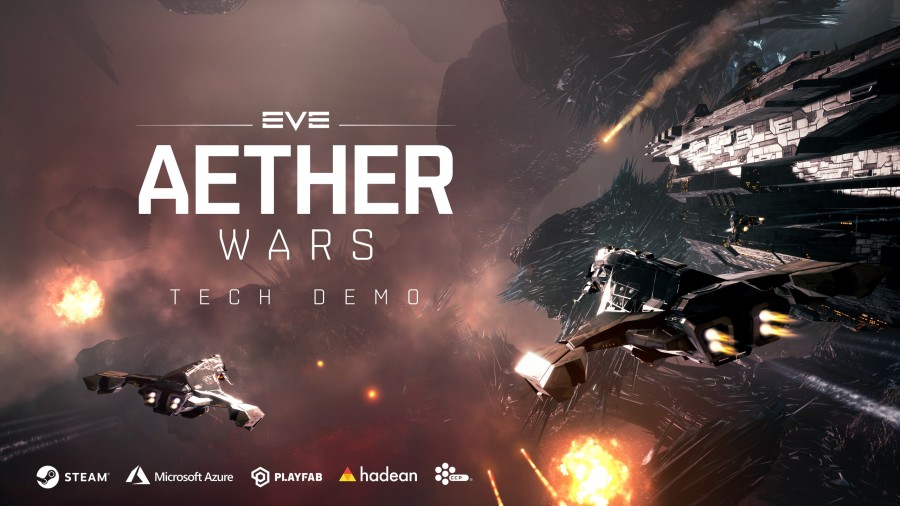 It turns out that testing what we hope will be the largest ever space battle on the internet is challenging! Who knew?!

What is EVE Aether Wars?

As CCP Hellmar wrote in his dev blog in March of this year EVE Aether Wars started out as a tech exploration with our friends at Hadean to see how we might better realize our vision of gigantic space battles in New Eden.

Fast forward 9 months and we are about to embark on Phase III of this collaboration. But we need your help!

Phase III happens on the 23 November at 20:00 UTC, where we aim to beat CCP's own world record of the "Most concurrent players simultaneously involved in a single multiplayer PvP videogame battle" achieved by you guys when a total of 6,142 players took part in an enormous battle - the Siege of 9-4 - in January 2018.

Prior to 23 November, we have a couple of stress tests where we want to get as many players as possible into EVE Aether Wars so that we can improve the experience for players, both in-terms of performance and game-play, prior to the big event.

The planned dates of the tests (and World Record attempt) are as follows:

What are these “Phases” all about?

In Phase I we formed a small team at CCP that supported Hadean in further developing their concept of a "Battle Royale" set in space. That project itself was borne out of earlier meetings and brainstorming sessions between CCP and Hadean when we visited Hadean in 2018. During this phase, the team at CCP primarily evolved an existing Unreal Engine 4 client that Hadean had put together for their Aether Wars concept. The name "EVE Aether Wars" was used for this collaboration between Hadean and CCP.

We hoped that we might beat our world record when we held Phase I during GDC19 (March 2019), but we really had no idea how many people might turn up. Our target was 10,000 players, and in the end we peaked at around 4,369 real players from 88 different countries in-game at the same time, although we had more than that pass through overall during the hour that the game was running. We simulated 14,274 connected clients in a single-instanced, multi-region game world. So, overall, Phase I was a great success - We didn't crash and burn! We learned a lot and collected a ton of data to deep-dive afterwards. However, we didn’t quite get enough people in-game at the same time to break the record, and we also felt we could do much better in terms of player experience.

In Phase II, both Hadean and CCP felt they wanted to further evolve the gameplay, and for the cross-studio team to gain experience together developing against Hadean’s soon-to-be-released Aether Engine SDK. This was our primary focus as we worked towards Phase II, held at GamesCom in August of this year. Phase II went very well overall also, but we had some issues getting clients to our pilots in time for the event, and then during the event there were some issues logging that many players into the game in a very short period of time. Our login process was also a little complex, involving getting an email with a code to people who then had to download a client and then copy paste that code into the client in a particular time window to join us all in our simulation. Unfortunately, because of those issues, we still didn’t break the record. We did have a blast, though, literally and figuratively!

After our retrospective of Phase II, we knew we needed to look into the best ways to get clients to a large number of people reliably in a very short time frame, mitigate authentication issues and also streamline the process by which a player could get into space. There were other things we planned to address also; performance of movement interpolation and client side prediction, UI, UX, visuals, gameplay balancing and so on. However, none of those are of any use if we can't get thousands of people in space to shoot at each other!

For client distribution, we decided to partner up with Steam. This allows us to work with a mature system that we are already familiar with at CCP, and Steam, as we all know, offer world-class client distribution and patching services.

The player feedback we received most often from Phase I and Phase II was that people wanted to know who they were killing and who was trying to kill them. This is actually a tricky problem because it was not something we'd really planned for in our earlier tech demos, and it requires some custom services running alongside Aether. Consequently, for Phase I and II, it involved a bit of last minute jury rigging to even have it for ships you were targeting.

To address this for Phase III, we decided we wanted to have the beginnings of a proper player presence system which would also give us the ability to track many more player metrics. For this we enlisted the help of Playfab from Microsoft. PlayFab is part of Microsoft Game Stack. Microsoft Game Stack offers tools and services that game developers can use to build, manage, and share their passion with their audience of gamers around the world.

Finally, because getting 10,000 people from across the world into a simulation that has a one hour time window is itself a herculean task, we have been talking to players and trying to figure out the best time for them to take part, as well as the easiest way to get them a client. The solution we arrived at is unprecedented, but relatively simple. We plan to make this a publicly accessible, free to play tech demo on Steam which anyone can download if they have a Steam account. So please, help us and tell your friends! 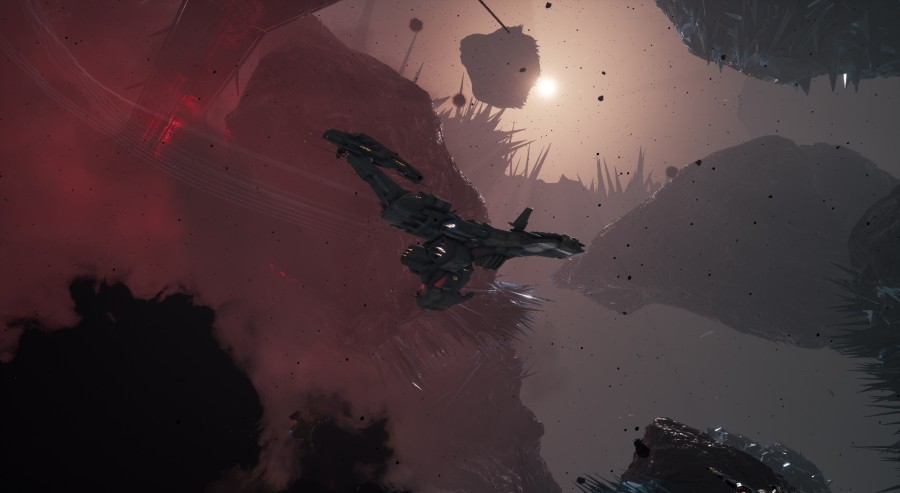 What? You are making this free on Steam for everyone?

Yes. It’s somewhat unprecedented, but we really want to break the record this time and we feel this is the best, most reliable way to get this in as many pilots' hands as possible. You can check out our Steam page here.

Later this week, the client will be made publicly available to download for everyone!

Just to set expectations correctly, we'd like to make it clear that this does not mean we are launching a product called EVE Aether Wars, nor does it mean that it will be available to play after Phase III is complete. What we do hope, though, is that it leads to something in the future which improves the scale and quality of massive battles in New Eden.

I already played Phase I and II, what is new in Phase III?

So, just to recap, we need you! Please come help us break this record on 23 November!

For those of you that take part in the record attempt there will be a Steam Achievement as a thank you from CCP and a permanent reminder of what will, hopefully, be a special day in gaming history!

Finally, we would very much like to call out the partners we're actively working with, and who have helped us immensely on this journey.

Obviously this whole thing would not have happened without our partnership with Hadean, the team there and their Aether Engine.

Playfab and Steam have assisted us with the additional cloud infrastructure and platforms to enable client distribution and player data manipulation on a massive scale.

Epic's Unreal Engine 4 has given us a flexible and powerful engine that we can prototype quickly in and build a game that can handle visualizing and interacting with the tens of thousands of entities that the Aether Engine is managing.

Last but not least, many thanks to AMD for help with our teams' UE4 build cluster in Reykjavik. Building and testing our custom build of UE4 is supported by a dual purpose build cluster of ThreadRippers, which AMD were kind enough to furnish us with. Not only do these machines allow us to build multiple flavors of our EVE Aether Wars clients extremely quickly, but they also allow us to run Aether simulations, which we use for daily development and play testing cross-studio. 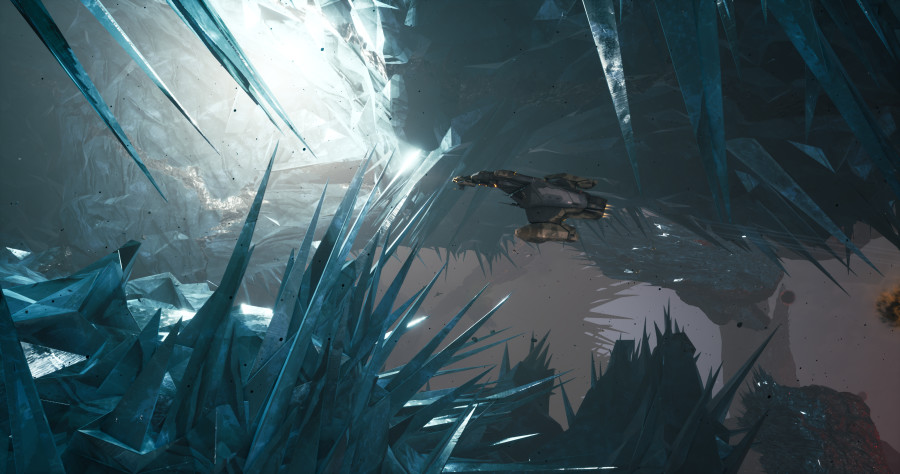