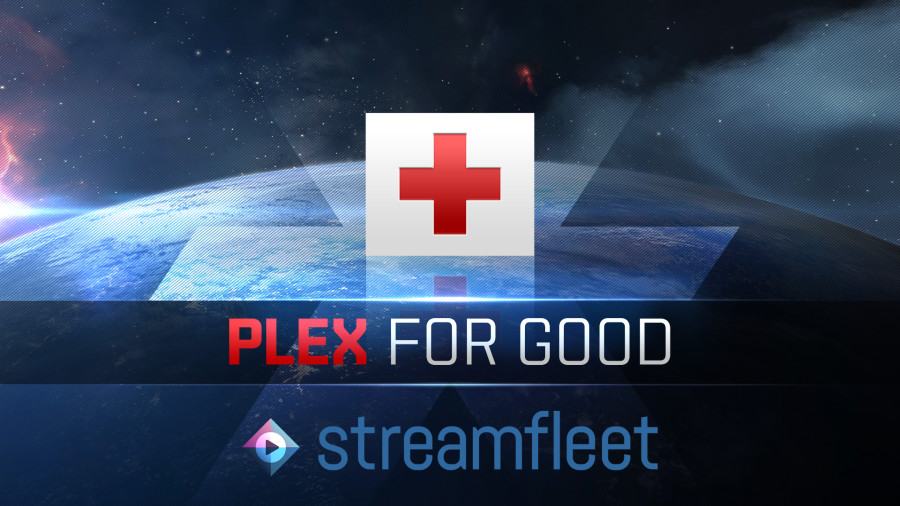 PLEX for GOOD for the Australian Bushfires is now in the home stretch! The campaign concludes at 23:59 UTC on Sunday, 26 January and we want to thank you all for your fantastic support so far.

To cap off the campaign our good friends at Streamfleet have organised a two day Raid-a-Thon which commences in just a few hours at 02:00 EVE time on Saturday, 25 January and will run up to the end of the campaign. You can see the schedule below, so tune in, enjoy the content our amazing EVE streaming community will bring to entertain you and donate to an excellent cause in PLEX for GOOD along the way! You can find out how to donate in this dev blog. 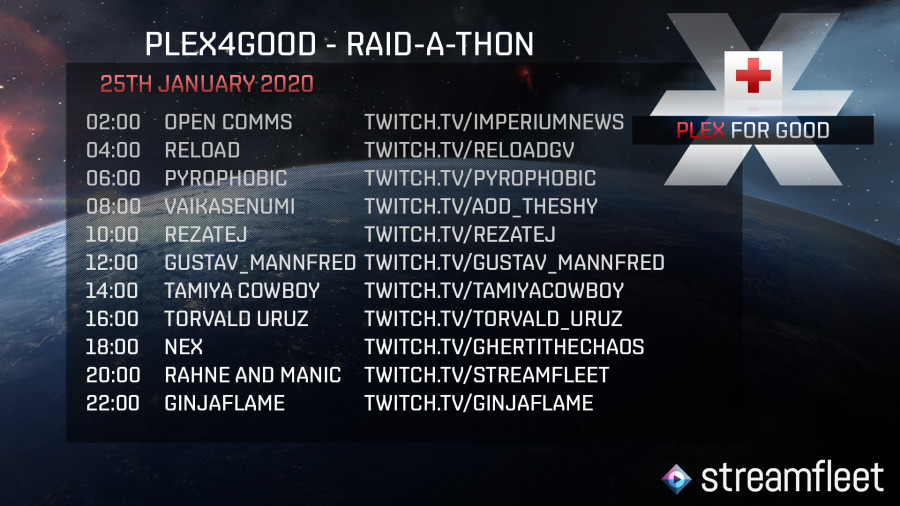 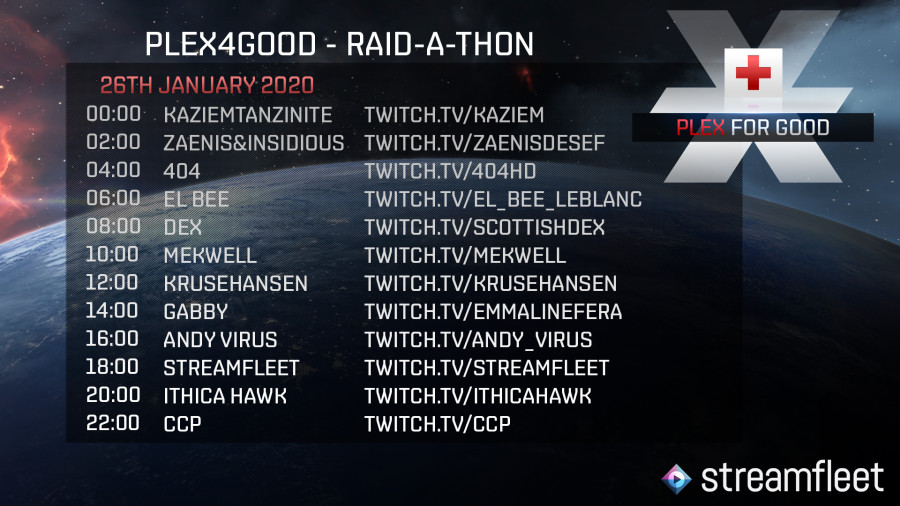 CCP is happy to confirm that we will once again have in-game rewards for people who donated to PLEX for GOOD. Just as with previous campaigns, those who donated will be receiving some special, limited-edition apparel for your avatars to wear proudly. Everyone who has donated to PLEX for GOOD will receive a pair (one women’s and one men’s) Reserve Frontier Safeguard (RFS) shirt:

Our brilliant art team is hard at work on them and we will deliver them to donors in the months after the campaign concludes. We think you’ll really like them and thank you in advance for your patience!

In the event that you have already donated but didn’t make your donations personally (i.e. you contributed to a collection on behalf of your corp, alliance or player group) there will be an opportunity to work things out when the shirts are completed so that everyone receives their rewards.

We have to make special mention here of what is likely to be the biggest single donation of the event so far. EVE player Kelon Darklight is auctioning off his Gold Magnate, one of the rarest ships in EVE Online. Kelon earned this exotic ship when he was the team captain that won the succesion trials at Fanfest in 2016 which installed Empress Catiz Tash-Murkon as the new Amarrian ruler.

The Gold Magnate has attracted an astonishing bid of 1,000,000 PLEX - the equivalent of 160 years of EVE Online subscription. Not only that, the bidder is none other than Scott Manley, famed science and gaming Youtuber and long-time player of EVE Online.

If successful, this auction would lead to tens of thousands of dollars being added to the PLEX for GOOD campaign wallet and we at CCP hope that both Kelon Darklight and Scott Manley are able to reach an amicable conclusion to this auction! <3