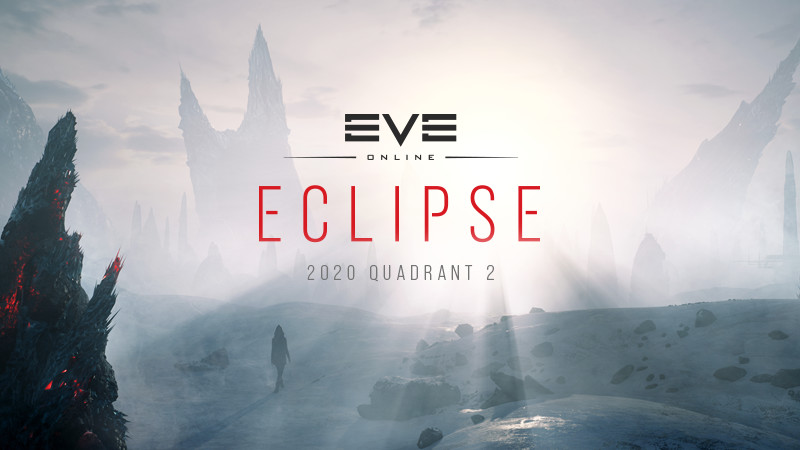 EVE Online's Quadrant 2 is called "Eclipse" and its arrival is imminent! Kicking off on 6 April, the overall theme will revolve around shifting the balance of power in New Eden. The Fight or Flight Quadrant was fantastic, featuring a wide variety of highlights such as the Frigate Escape Bay, Loyalty to Lowsec, From Wormholes With Love, The Dragonaur Blitz and much much more.

The Eclipse Quadrant will follow that up in force with events, celebrations, login campaigns, visual updates, huge balance changes, new and mysterious ships and weapons, as well as the final chapter of the Invasion expansion.

First up will be the return of The Hunt event on 6 April, a time of year when Capsuleers will undertake their now-annual egg hunt! Players will be tasked with the challenge of hunting down and scanning capsules in order to gain access to special event sites, and potentially valuable drops. This will be an event with smaller ship classes like Frigates and Destroyers as the focus, so pilots with less experience and fewer skills trained can get involved. During The Hunt, player pods will have a chance of dropping their implants as loot when destroyed!

With EVE Online celebrating its 17th anniversary in May, Eclipse is only the start of seismic changes hurtling towards the denizens of New Eden. Chapter 3 of the Triglavian Invasion story line is set to unfold with players influencing the outcome of this star-spanning conflict. The landscape of New Eden will never be the same again, forcing Capsuleers to adapt to new and unprecedented challenges.

Keep your eyes peeled for even more news on what's coming during the Eclipse Quadrant over the following weeks, and fly safe!

If you would like to discuss this new announcement head over to the forum discussion!