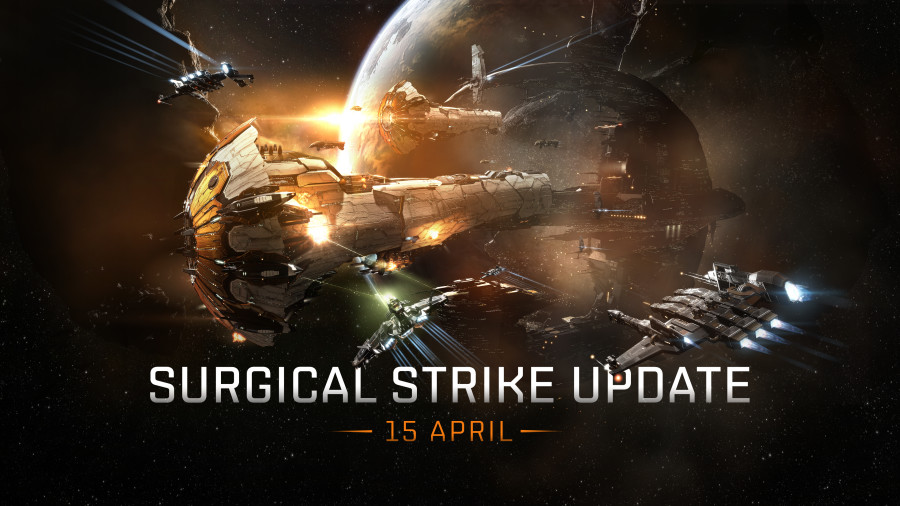 Following your feedback, our development team provided an update to the plan outlined below. Please make sure to check it out!

The quest for a healthy Capital ecosystem continues with a massive update to Capital survivability, resistance modules, and more in the Surgical Strike update, coming this April!

As outlined in the recent Ecosystem Outlook blog, bold changes are being made across EVE in the search for diversity and new exciting options for pilots. Surgical Strike will bring Capital survivability more in line with the rest of New Eden, reduce the overwhelming power of logistics, make adjustments to some long-standing powerhouses in the Subcapital meta, and begin to establish more payoff for getting up close and personal with your enemies. Let’s get into it!

The biggest change coming in this update is a 20% reduction in the power of all modules that increase shield or armor resistances. That means energized plating, armor coating, armor hardeners, shield hardeners and shield resistance amps. This will lead to a drop across the board in effective hit points, but the more slots a ship has devoted to resists, the more important the change becomes. There is excitement here about this approach because not only does it lower Capital survivability, it also diminishes the overall power of logistics and will make modules focused on speed and damage a more attractive option. The hope is to see bloodier fights, less stalemates, and a huge cross-sectional shift in the fitting meta. This kind of shake up rewards those that adapt quickly, so get to theory crafting!

Alongside this update to resistance module power, tiericide for shield and armor resist modules is also underway, which you may have noticed beginning to appear on the Singularity test server. The tiericide adjustments are very small in scale and much more focused on sensible naming and organization of the modules in these groups, but you can expect the 20% reduction to be applied after the stats currently in place on Singularity for modules are affected by tiericide changes.

There is a vision for a Capital ecosystem with clear escalation steps based on distinct roles for each class. Part of that vision relies on moving Super Carriers and Titans away from all-purpose damage to a specific focus on Capital and structure killing. You will have seen one big step in this direction recently with the removal of High Angle Weapons from Titans. Now, substantial changes are being made to Super Carriers as well, but there is also an acknowledgement that Super Carriers need more to set them apart from Titans and Dreadnaughts as Capital killers before their Subcapital damage application can be fully removed. For now, their fighter tube loadout will be rearranged to promote more class diversity in your local Super umbrella and decrease long range Heavy Fighter damage application.

Capital changes in this update include:

Fleet diversity and an evolving meta are things that are always encouraged, and in that interest there is a small package of Subcapital updates coming as well. The resist module power reduction will naturally favor Tech II hulls slightly, and as these ships already dominate the fleet meta, Battleships will be given an upgrade to keep them competitive while adjusting critical bonuses for ships like the Muninn, Loki, and Eagle.

Over the years, as fleet commanders and elite PvPers across New Eden have refined their skills, it has become more and more difficult to capitalize on the supposed benefits of short-range ships. Gone are the days of blaster slug fests on Lowsec gates between plated Megathrons and Armageddons. While a return to such primitive times is not expected, there is a desire to begin exploring new rewards and tools for those brave pilots who are willing to get up close and personal. As a first step in this direction, there will be an increase to the damage of all close range Tech II ammo (excluding exotic plasma) by 15%. This means Conflagration, Hail, Rage, and of course Void will all be packing an extra punch.

The Surgical Strike update will be live on the test server very soon, so keep your eyes on EVE social media platforms for that announcement. Its deployment to Tranquility is expected on 15 April.

This is a big step towards our long term capital vision, but we have also planned further updates later in the year to continue the journey towards a vibrant EVE ecosystem.

Until then, fly safe o/

To discuss this update, please head over to the official thread on EVE Online forums.