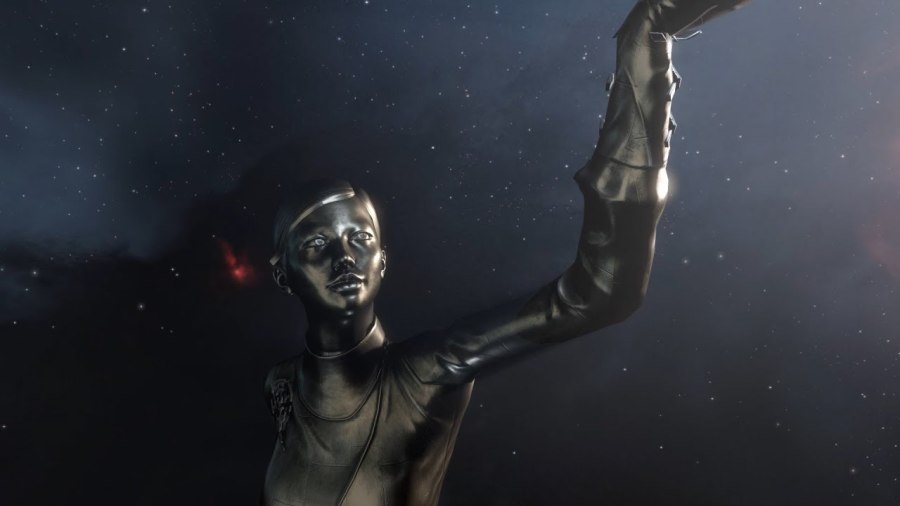 New Eden has many historic and significant sites to visit and explore. To celebrate EVE Online's 17th birthday, here's a guide to 17 must-see locations in a universe boasting everything from ancient history to remarkable community achievements! 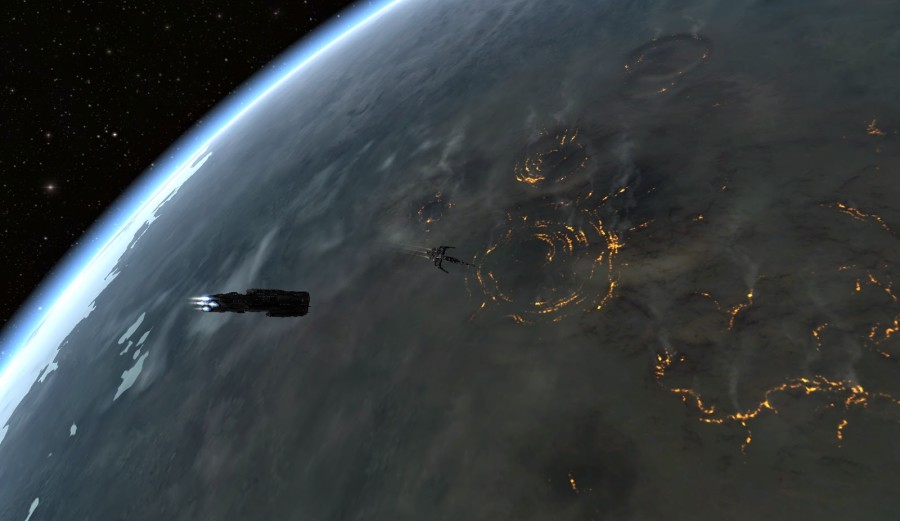 Caldari Prime, hotly contested during the Caldari - Gallente conflict, traded sides several times as each faction fought for control. During ‘Operation Highlander’, the Gallente Federation assaulted a Caldari fleet in orbit – destroying the Shiigeru, the Caldari’s Leviathan class Titan. The wreckage of the massive ship fell from orbit leveling mountain ranges and causing widespread damage to the planet. The scars left by this event can still be seen to this day. 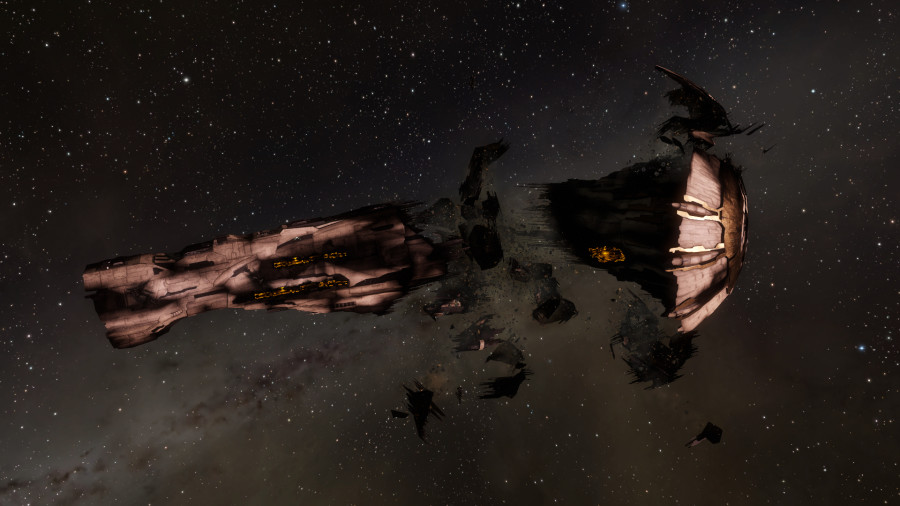 Back before Capsuleer alliances commanded the terrifying Supercapital forces we see today, there was but one – the first Titan ever constructed - an Avatar class Titan given the honorable name of “Steve”. Steve met a violent end in C9N-CC where its massive corpse has been left in honor of the momentous event.

Remains of Steve Image by Denofgeek.com 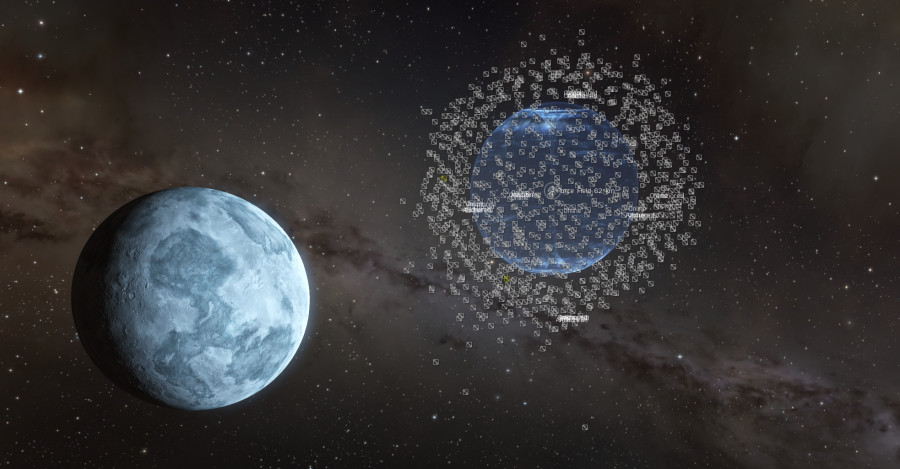 For the last 12 years this site has served as a cemetery for Capsuleers who have passed away. Capsuleers from across New Eden make the pilgrimage to this site to anchor a can with mementos for their fallen friends (and at times the corpse of the fallen player’s character). The site has endured several attacks through the history of EVE, but still stands to this day as a beacon of remembrance. 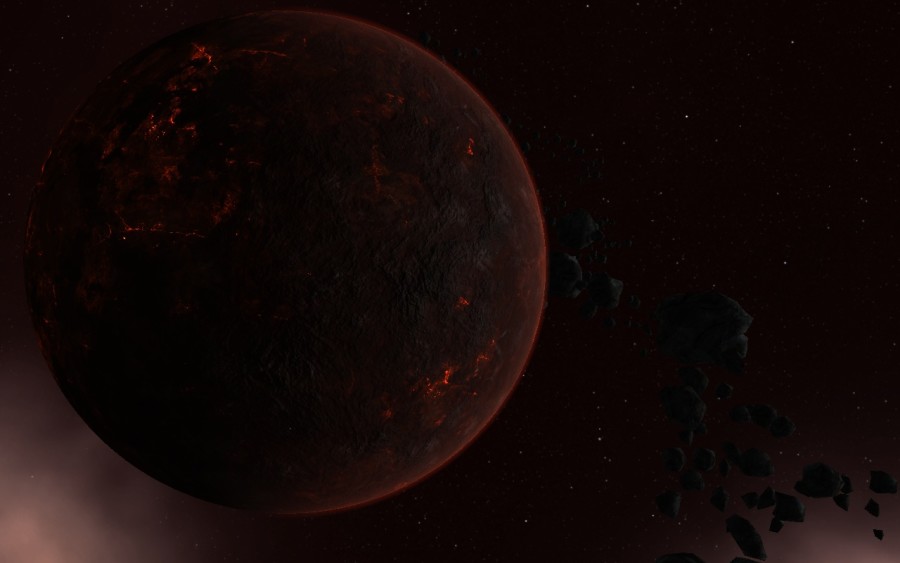 Seyllin was the site of an unprecedented disaster wherein a devastating solar event killed millions living in colonies throughout the system. These solar flares were abnormally powerful – strong enough to shatter the inner planets - and the cause of the event is still not fully understood to this day, although speculation abounds. 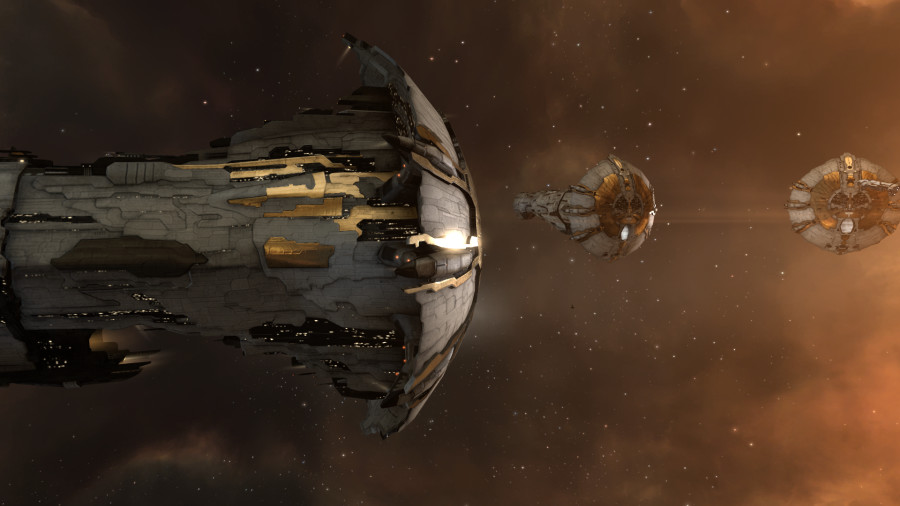 These massive Avatar class Titans stand as an ever-vigilant honor guard in the Amarrian home system. This impressive honor guard first came to be when assembled for the Amarrian Imperial Succession Trials.

Read more about the honor guard in World News 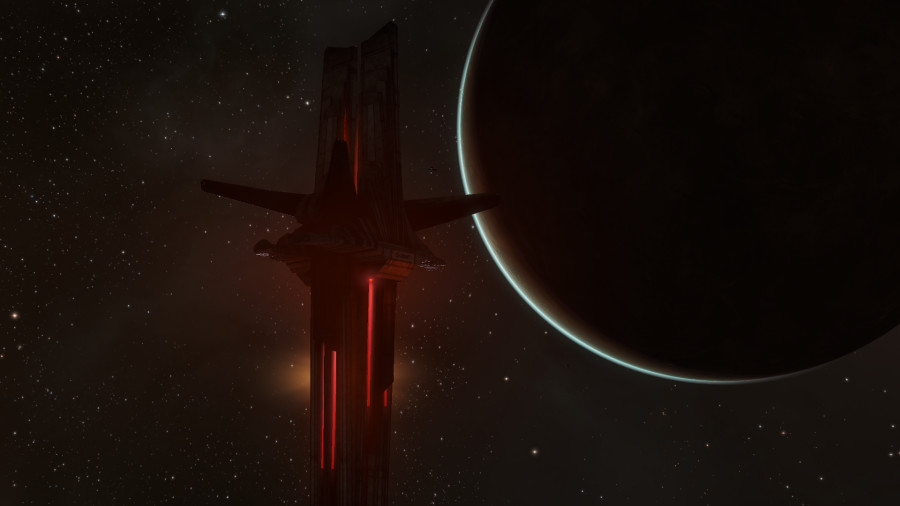 The site of an epic battle wherein a small number of Russian Red alliance fighters stood their ground against incredible odds and emerged victorious. This monument stands in honor of their hard-won triumph on that day.

Video by Andrew Groen about the Battle of C-J6MT 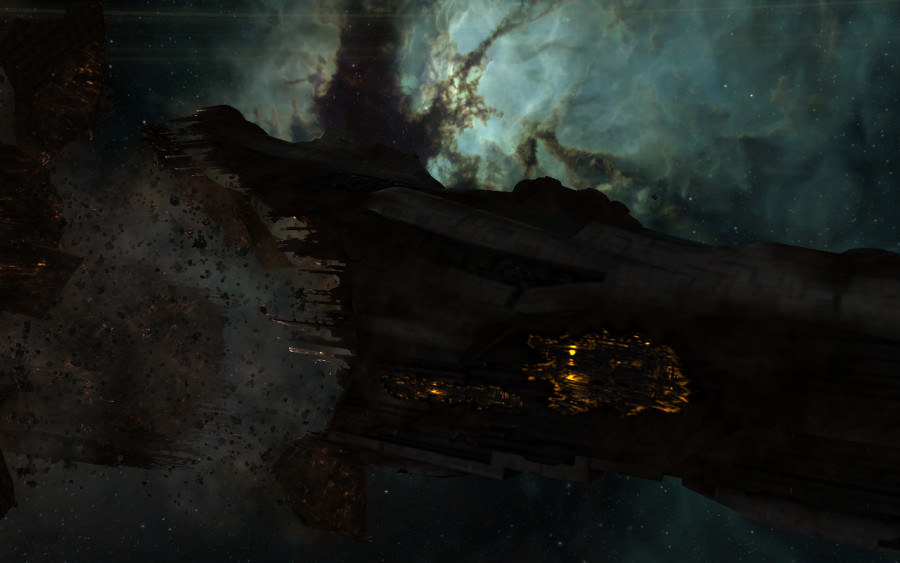 The site of what is still the bloodiest battle in New Eden’s history. In 21 hours of fighting, 7,548 Capsuleers from 55 alliances destroyed 75 Titans, 13 Supercarriers, 370 Dreadnaughts, 123 Carriers and many other ships with a total estimated value of over $300,000 worth of destruction (given PLEX value at that time). Titanomachy is a monument to this event, a graveyard of those ships which fell during this historic battle.

Read more about the battle 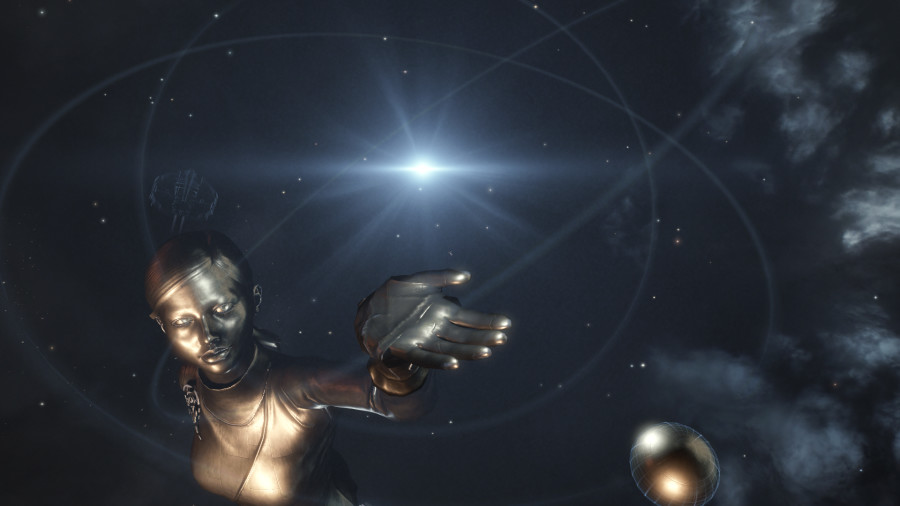 Katia Sae began her quest to explore all of New Eden starting from Saisio III on 1 December of YC111 and came full circle back to Saisio on 9 March of YC121 after having explored every known space and wormhole system that can be reached – all without a single ship loss. To honor this achievement, a monument has been erected in the Saisio system by the Achura Stargazers Society. 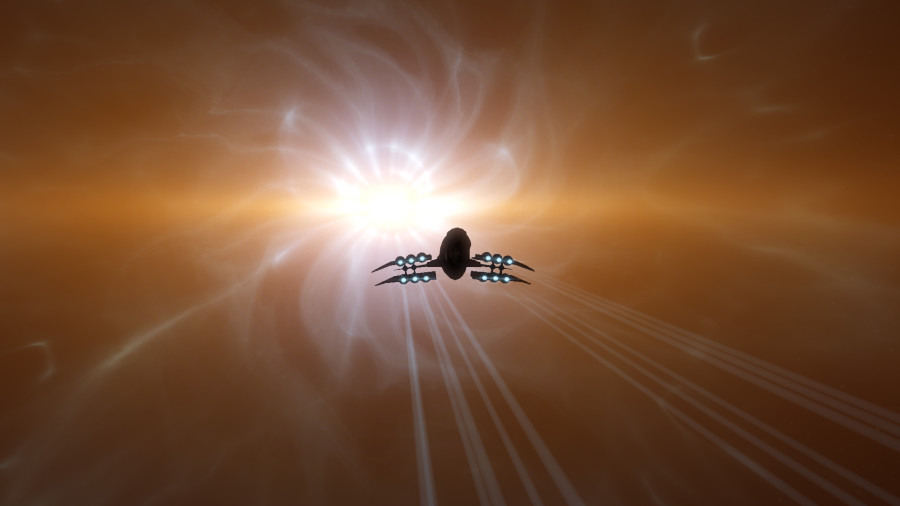 The start of it all. Humanity first populated New Eden by passing through the EVE Gate, which was constructed around a massive wormhole. Though the wormhole has long collapsed, the structure continues to emit intense radiation and remains a subject of study for the Sisters of EVE.

Read more about the EVE gate 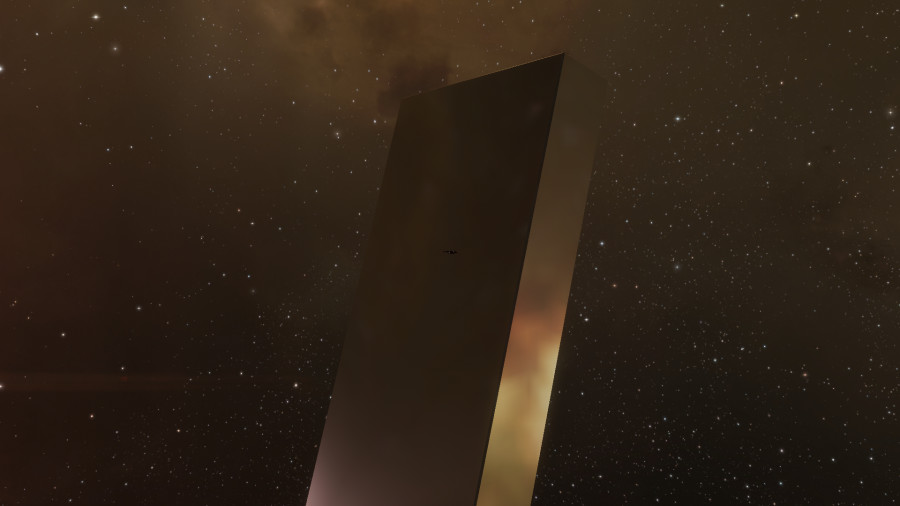 Who created this strange structure and why? How long has it lain silent, adrift in space, only several jumps from the EVE Gate? Was it here before the first humans even arrived? Its smooth, dark surface yields no answers, but should you look long enough you may realize, “My god, it’s full of stars.” 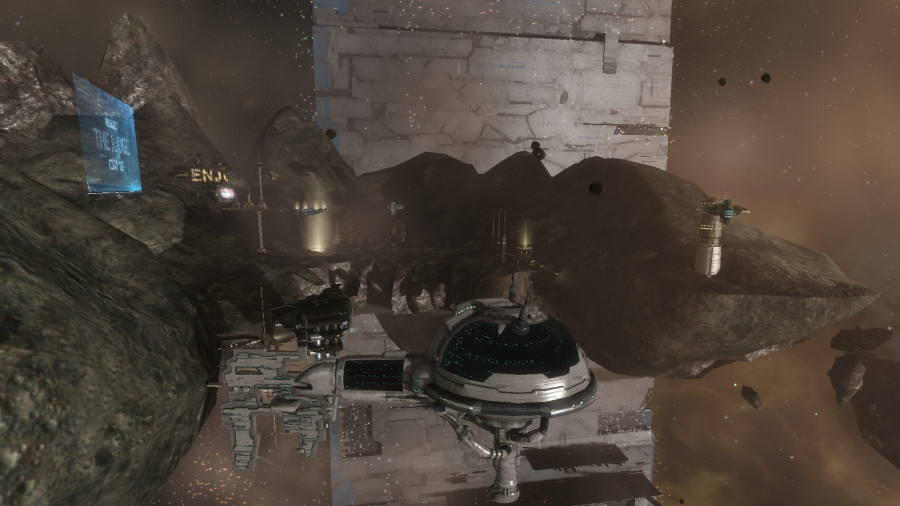 A terrifying disease was uncovered deep within an asteroid at the so-called Kyonoke pit. This small speck of biological matter was terrifyingly lethal, and so of deep interest to military researchers and terrorists alike. Massive resources were allocated to the containment of this disease, including involvement from Capsuleers during the Kyonoke Inquest.

Read more about the Kyonoke infection 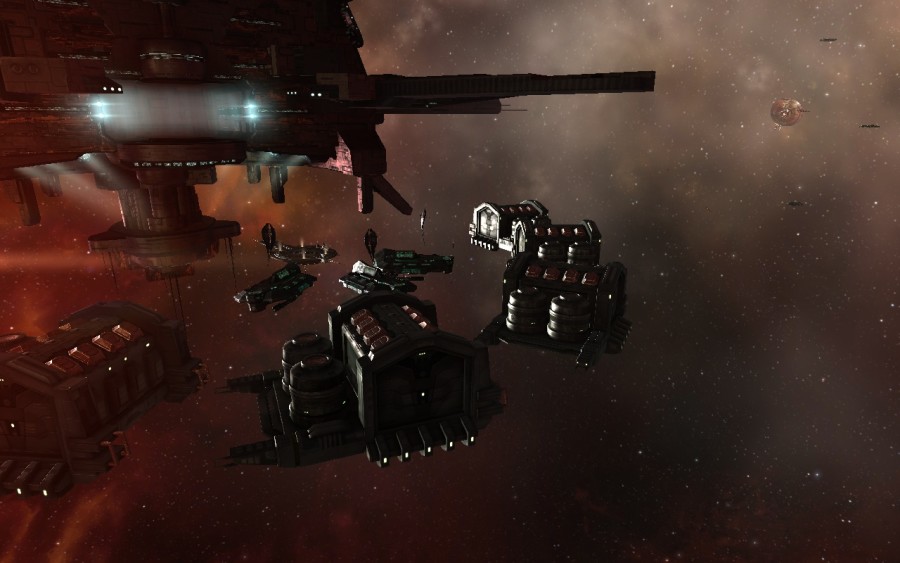 Site One was a research site built entirely from Capsuleer donations with the goal of furthering research into the mysteries of EVE’s history, including the nature of wormhole space, the Sleeper threat found there, and the history and purpose behind the ancient Talocan structures that had been discovered. Research was proceeding apace until the lead researcher suddenly vanished, leaving only cryptic messages behind. You can still visit Site One and approach the archive structures found there to receive copies of the research reports produced by the facility, and explore some of these mysteries yourself.

Read more about Site One 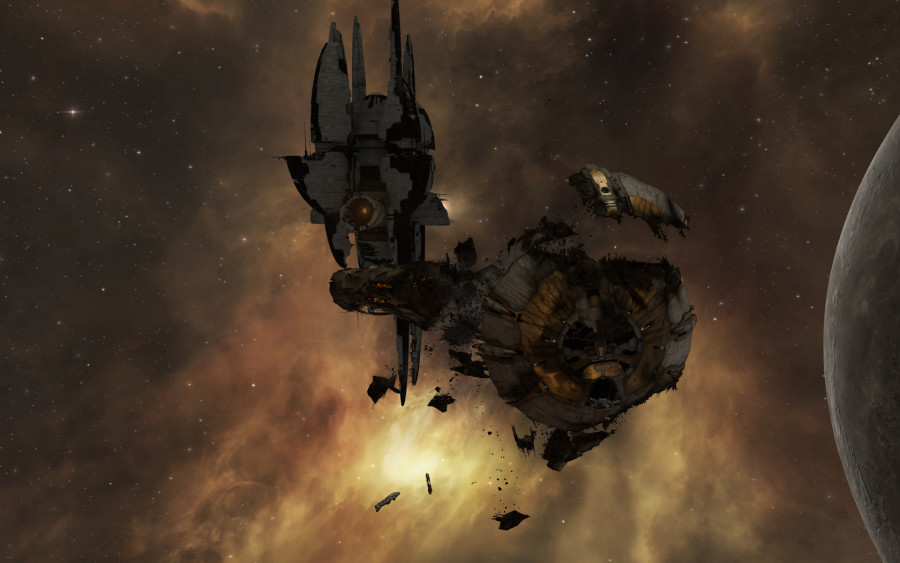 The site of a momentous event in the recent history of EVE wherein the Amarrian Empress Jamyl Sarum’s Avatar class Titan was ambushed and destroyed in a sudden attack by overwhelming Drifter forces. What exactly were the Empress’ ties to these Drifters in order to draw such an attack?

Scope video about the event 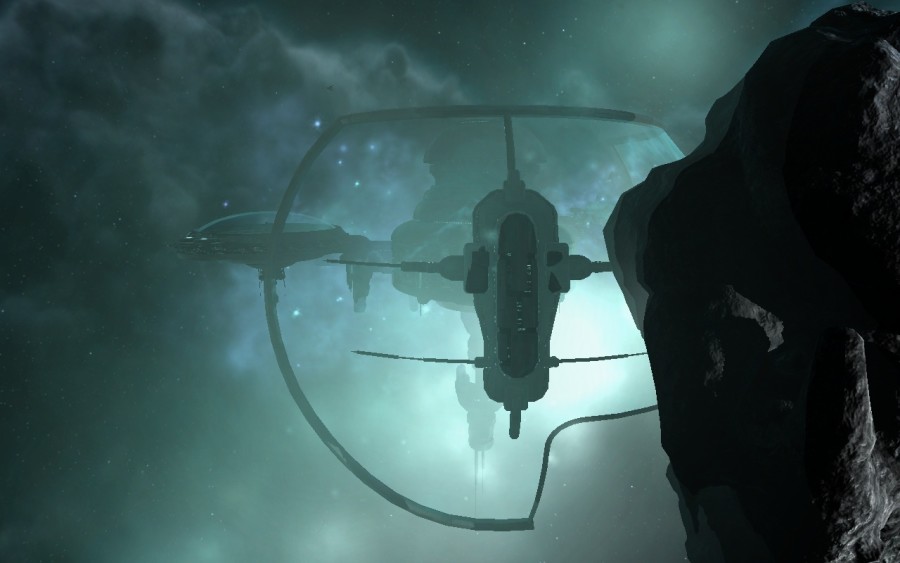 The site of a bloody and much-watched television broadcast across the Gallente Federation, The Legendary Trials – it exists outside of high security space because many of the competitors would otherwise be immediately arrested. If you have appropriate standing with the Gallente Federation, there are agents here from whom you may be able to find some work. 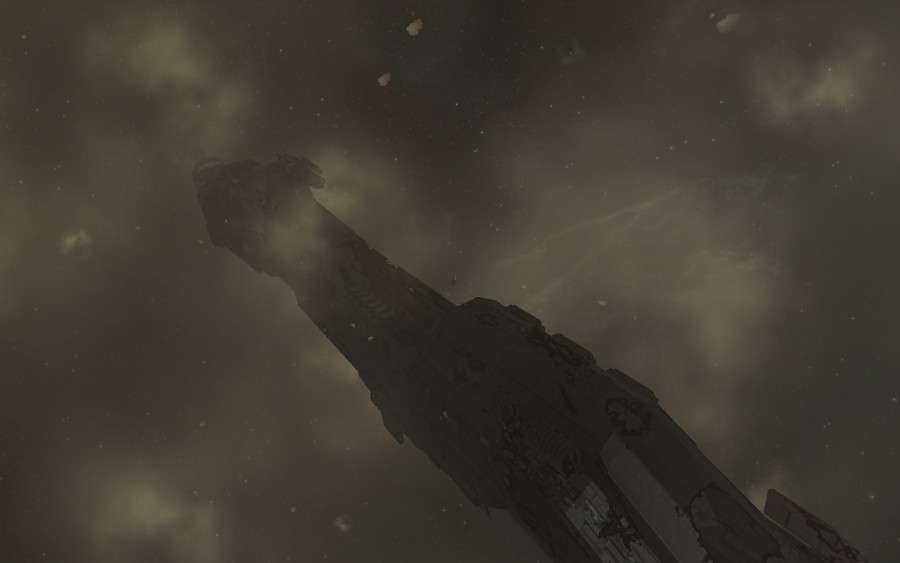 A ghost ship of enormous proportions, this Ragnarok class Titan should be at the core of a Minmatar strike force or planetary defense, yet here it floats in silence. Its hull is airtight, yet all useful technology has been meticulously stripped from it, including weapons systems, propulsion, and electronics. There is no trace of its crew, despite all escape pods being present. What terrible fate brought a Minmatar Titan to this final resting place deep in Caldari space?

Read more about the Solitaire 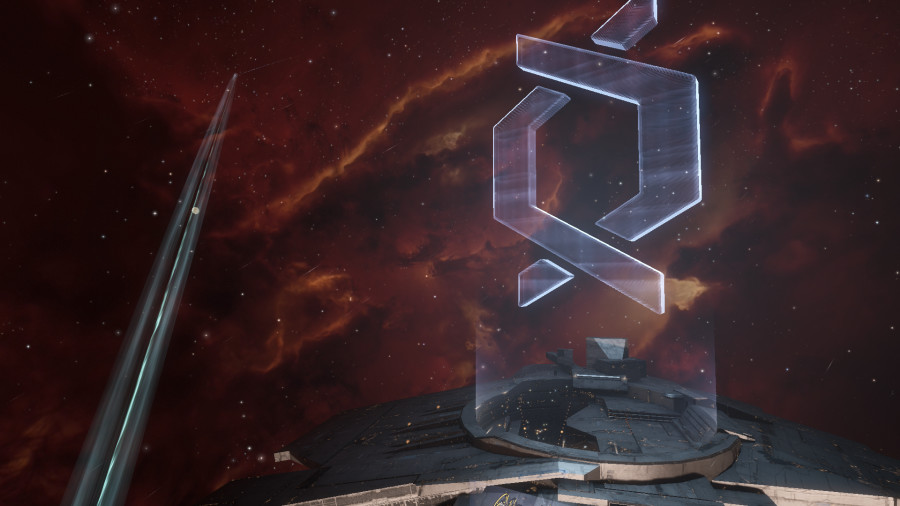 This monument was erected in honor of contributions of Capsuleers to important scientific research during the first phase of Project Discovery. Aura may have some information for you when you approach the monument and perhaps there is even more to learn if you were to try interfacing with the monument with an Entosis… 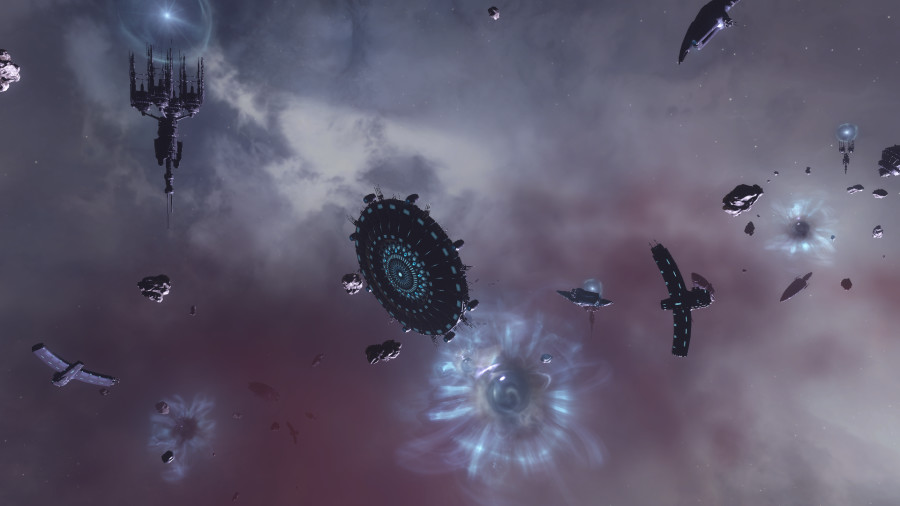 Numerous Sleeper and Talocan structures litter this site, alongside multiple violent wormholes which seem to be related to these structures in some way. These epicenters seem to be located in every ‘shattered’ system in wormhole space. Is whatever happened here responsible for the devastation? Is this related somehow to the Seyllin Incident? What was the goal of these structures? Perhaps answers can be found somewhere amongst the wreckage.

Read more about the Epicenter