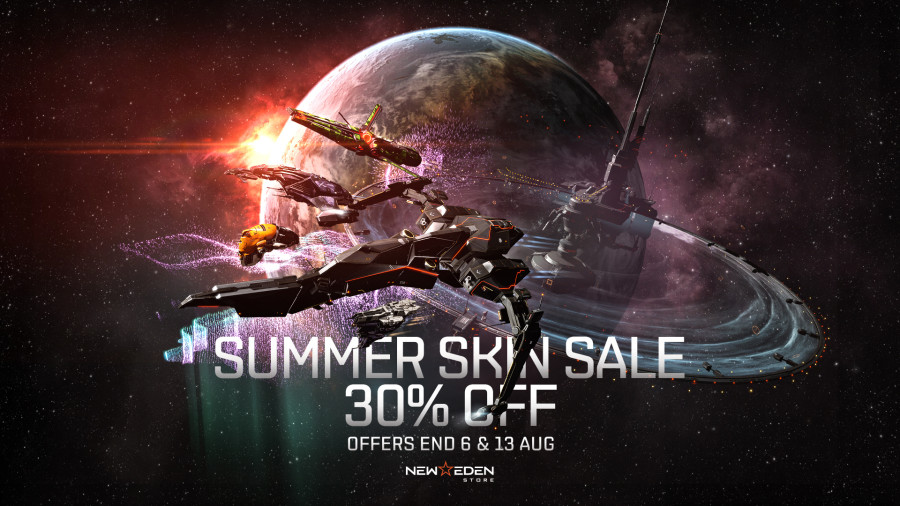 Selected SKINs include Metamateria Exotica, Caille Neon, Vitalshift EGO, Inner Zone Vanguard and many more for a variety of hulls, so be sure to visit the NES regularly before downtime on 13 August!

You can also get 30% off both the Attack Commander and the Fleet Commander SKIN bundles in the New Eden Store to coincide with the Combat Command update! The command ship bundle offers will run until 11:00 UTC on 13 August.

Last but not least, enjoy 30% off selected SKINs such as Oasis of Faith, Zento Isideko Combine and Snowline Bladeracer for all nine Destroyer hulls eligible for the current Abyssal Proving Grounds event until 11:00 UTC on 6 August!