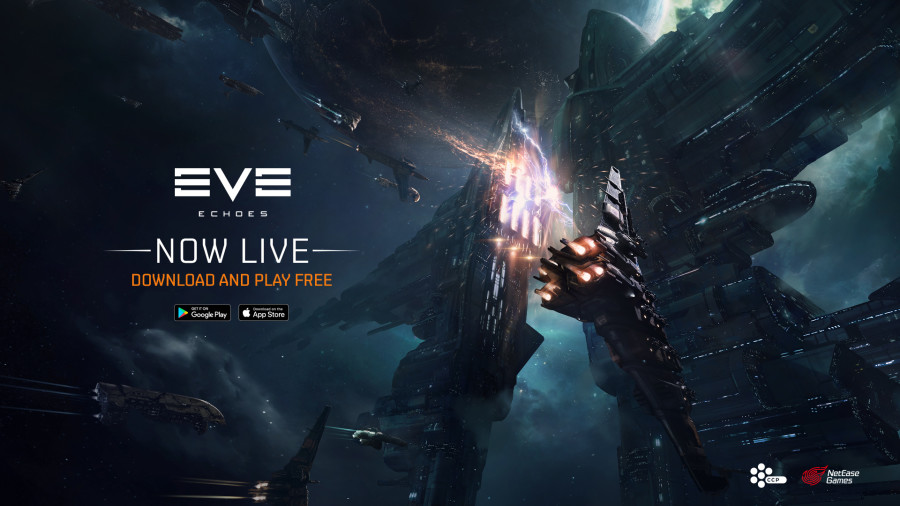 We are thrilled to announce that after three years of close collaboration and partnership, NetEase Games and CCP Games have launched EVE Echoes for iOS and Android! The game is free to download from the App Store and the Google Play Store.

EVE Echoes launches in English, Russian, Chinese, German, French, Spanish, and Portuguese, enabling new players and EVE enthusiasts all over the world to enjoy the hallmark game experience of EVE Echoes on their mobile devices.

EVE Echoes is a next-gen mobile sci-fi space MMO game based upon signature EVE Online design principles. Players will be able to blaze their own path to glory within a massive sandbox environment and forge alliances with other pilots from across the galaxy to shape the game’s persistent universe.

Players are free to choose their own path from countless options, engaging in interstellar combat, resource harvesting, industrial manufacturing, trading within a sophisticated player economy, exploration, as well as many other activities across 8,000+ solar systems. Whether it is an empire’s rise and fall, or the change in the balance of power, the entire history of EVE Echoes will be written by its players.

Exclusive to EVE Echoes, the Yan-Jung are introduced as a new NPC faction! Within this parallel universe of New Eden, they are the direct descendants of an ancient civilization who value balance, appreciate the harmony of a collective, respect history, and strive for the ultimate pursuit of "becoming one with heaven."

Going forward, NetEase Games and CCP Games will work on bringing even more content from the EVE universe to mobile. Players can look forward to features such as Sovereignty and larger ship hulls being brought to the game via continuous updates, as well as ongoing efforts to improve and enrich the game with the aid of EVE Echoes’ supportive community and fans for feedback, ideas and suggestions.

Further along in the future, players can expect to hear announcements about crossover events between EVE Echoes and EVE Online.