Reprocess all the things!

Of the various activities available to EVE Online® players, one in particular has been around since day one: reprocessing. It grinds ore into the minerals needed to start basic manufacturing. It turns ice into fuel required to operate Starbases, Jump Drives and Forcefields. It also is a secondary income for some people that actually bother to loot. Last but not least, players have used it for years to facilitate mineral transportation across the universe.

This dev blog is about the significant improvements to reprocessing coming in EVE’s summer expansion.

Paving the way to Rome

Before listing the nitty-gritty stuff in detail, let us explain the general reasons why we are tweaking reprocessing as a whole before someone posts “it ain’t broken, don’t fix it pal” .

There is one particular design problem with reprocessing: Currently you can reprocess at a perfect 100% rate uniformly across New Eden, regardless of system or station. As a result:

As we write those words, we feel a great disturbance in the Force, as if millions of voices suddenly cried out in terror, and were definitely not silenced. Are you afraid you are going to get your favorite profession killed because of CCP? Stay calm. Don’t panic and read what’s below. 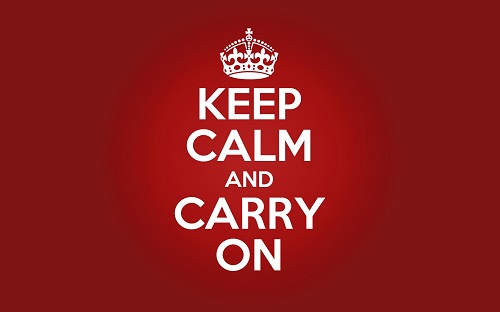 So, take the blue pill and sit on the sofa over there. Stretch your legs for a bit. Want a baguette? A glass of Bordeaux? Relax, we have you covered. We know about the consequences of decreasing reprocessing rates – they are mentioned, tackled and solved later in this blog, which is why we strongly encourage you to fully read it.

The first thing we are going to look at is the reprocessing formula and its related skills. Those familiar with reprocessing know it as:

There are several issues with this formula.

As such, we are planning to change the formula to the following:

To realize how this will affect reprocessing rates in general, let’s compare efficiencies before and after the changes.

So we can see a drop of 27.6% in reprocessing rates from a maxed character from 100% to 72.4%. Again, we know this has side-effects on mining and compression, which are tackled in the next sections of the blog.

Decreasing reprocessing efficiency as a whole affects the outcome of mining, which really doesn’t need to be nerfed right now. As such, to keep ratio fairly identical, we are going to boost all minerals and ice products gained by reprocessing ores and ices approximately by 38.1% (1/0.724). This will apply to all the unrefined alchemy material as well.

In an effort to promote simplicity and consistency, we are also going to use this opportunity to unify all ore reprocess batch sizes to 100 units. Which means tampering further with amount of reprocessed materials gained from ices and ores a bit to keep fairly identical numbers with what we have right now.

So, to get the new quantity of refined minerals from a particular ice or ore type, we will use the following formula:

This gives us the following quantities (rounded up for ores, rounded to closest digit for ices): 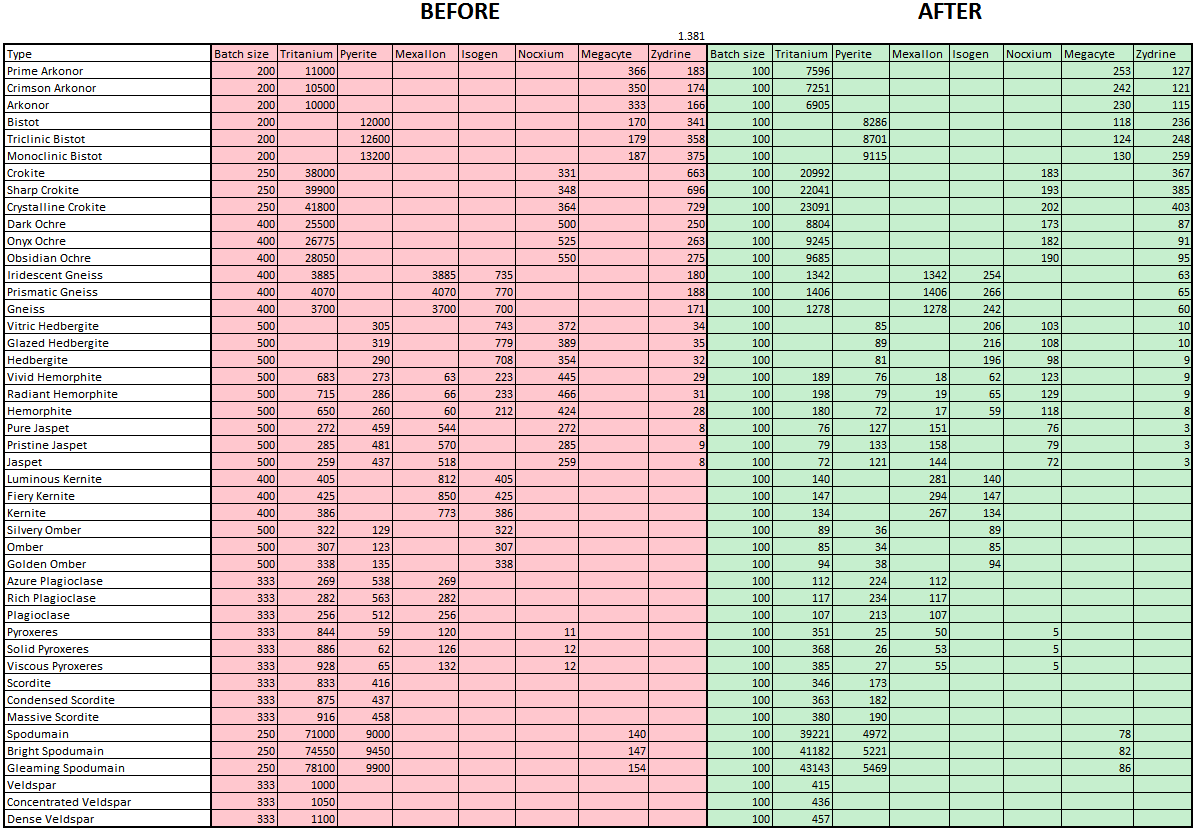 What does that mean in practice?

For a character reprocessing at a player-built outpost, don’t tune out yet, we have more news for you.

Little outpost on the prairie

Player-built outposts are currently very biased regarding reprocessing. Minmatar outposts have a default 35% output and all others have none. Currently there is not much of a choice on that regard.

In the same vein, there is not so much of an incentive to upgrade an outpost for better reprocessing yields, since perfect reprocessing rates are so easily achieved.

After the summer expansion, all outposts will now have a default 50% reprocessing rate (on all items, including ore, ices, ships, ammunition etc…). However:

In practice, that means that someone with perfect skills, implant and standings refining at a fully upgraded Minmatar outpost will receive 14.4% more reprocessed minerals than currently.

However, it is true not everyone has the resources or organization to own outposts, which brings us to the next point.

Back into the structure

Except in some rare edge-case scenario, Starbase Reprocessing Arrays are quite useless nowadays. They can only reprocess one type of material at the same time, have long cool-down timers and not-so-good reprocessing rates compared to NPC stations.

We would like to give more options to player groups who don’t have access to outposts or null-security space. As such we are revamping them on the following fashion:

Note: both Reprocessing Arrays may only contain ore and ices.

You may notice the third type of Reprocessing Array, previously named “Medium Intensive Refining Array” has disappeared from this list. Keep reading, young grasshopper, for this shall be explained in the next section.

Compressing the universe, one asteroid at a time

With the max reprocessing rate for any item that is not ore or ice dropping to 55%(with Scrapmetal Processing trained at 5), we needed to find other ways to favor compression or else null-security industry would simply stop functioning.

The solution is to improve compression ratios from Rorqual ore blueprints by increasing their outputs by 38.1% (due to the reprocessing changes above) while tweaking the compressed ore volumes to make it competitive with current modules like the 425mm Railgun I for instance. Exact figures on compression changes available below:

However, since the Rorqual cannot enter high-security space, this doesn’t completely fix our problem, since people would face increased transportation issues in this portion of the galaxy. That is why we are turning the previous Medium Intensive Refinery into a Compression Array that functions the same way that the Rorqual does. The stats for the Compression Array are below:

Note: the Compression Array may only contain ores and ices.

Please note that we are removing compression blueprints altogether in favor of a more user friendly solution.

Also, we do know the Rorqual needs more love to be a more viable ship, and that is being looked into, but chances are this won’t make it in EVE’s summer expansion.

Before we bring this blog to a close, Teams SuperFriends and Game of Drones would like to show you some work-in-progress designs for a new reprocessing window. Here is a small glimpse on how it is currently looking. Please note that all of this is still work in progress. Values expressed below are purely fictional for the purpose of the mock-ups and not actually representing accurate reprocessing numbers. 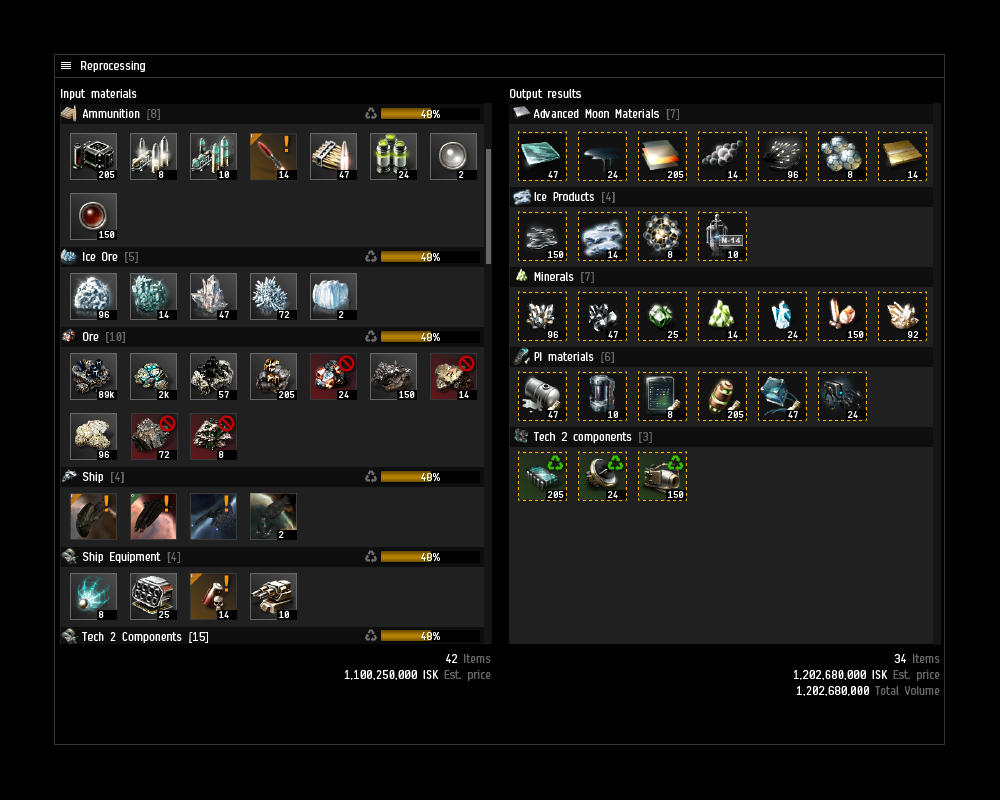 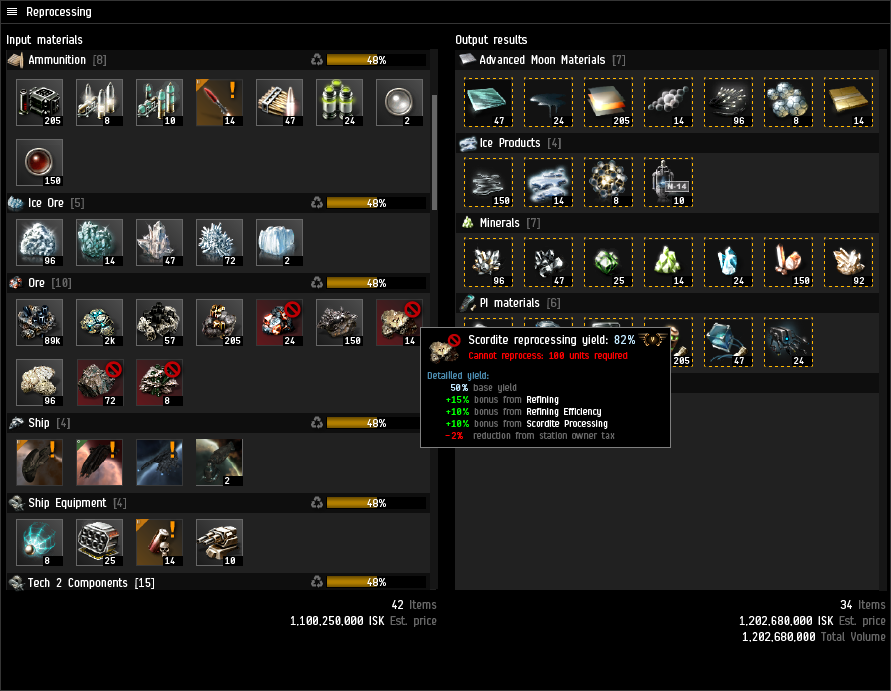 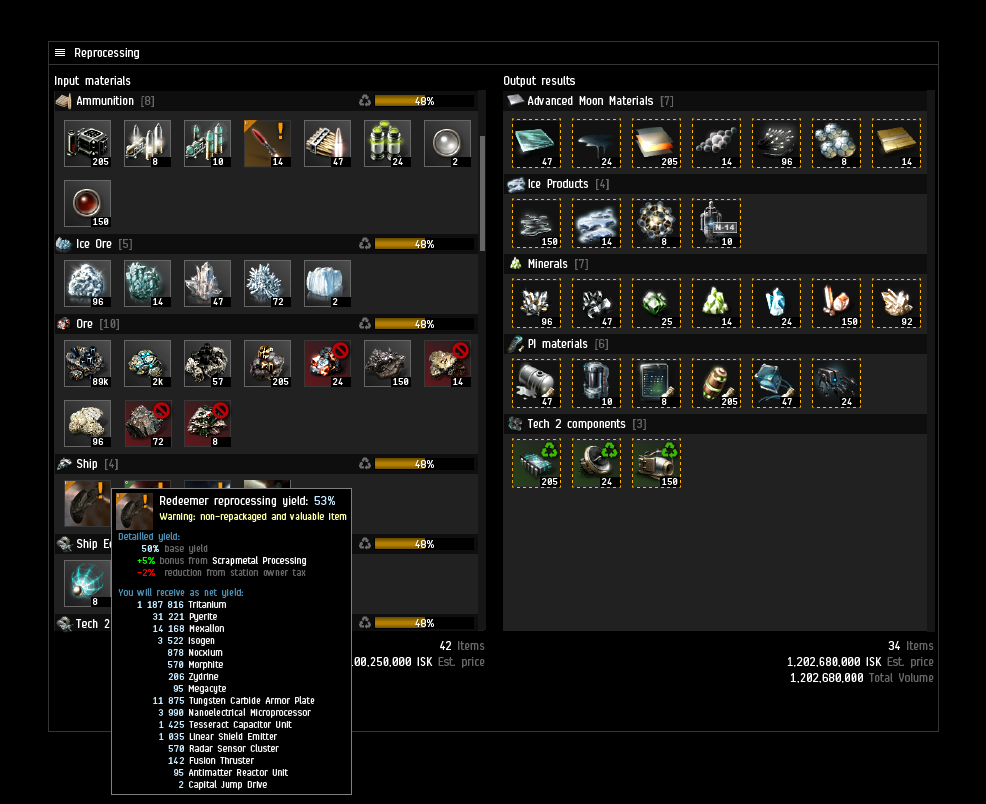 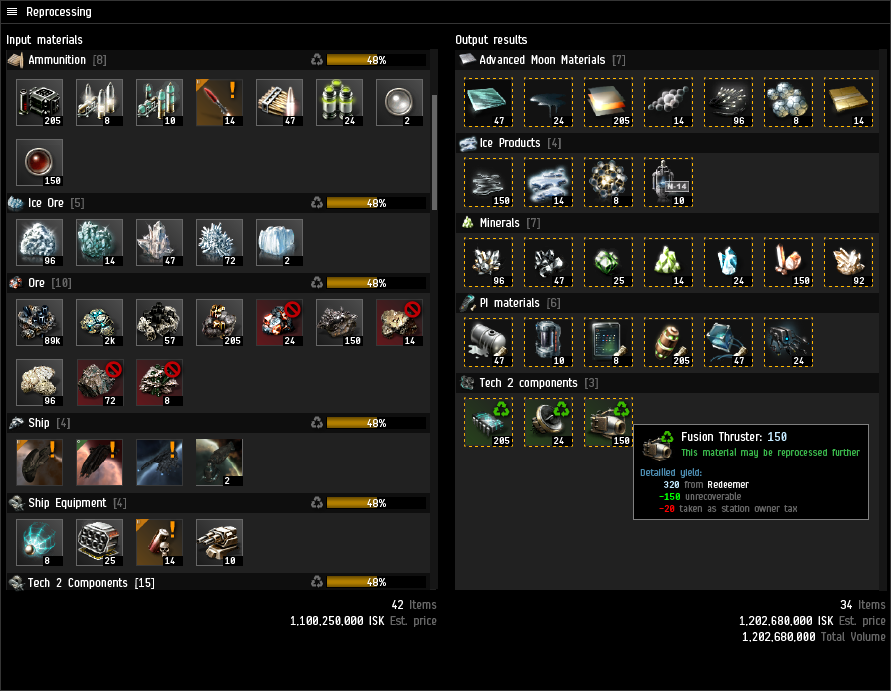 And this concludes this blog on reprocessing – please remember all of this is still subject to change over time, as we will open feedback threads on the proper forums soon. Stay tuned for more as this only is a fraction of what we have in the oven for summer.