Structure Improvements coming to you this August 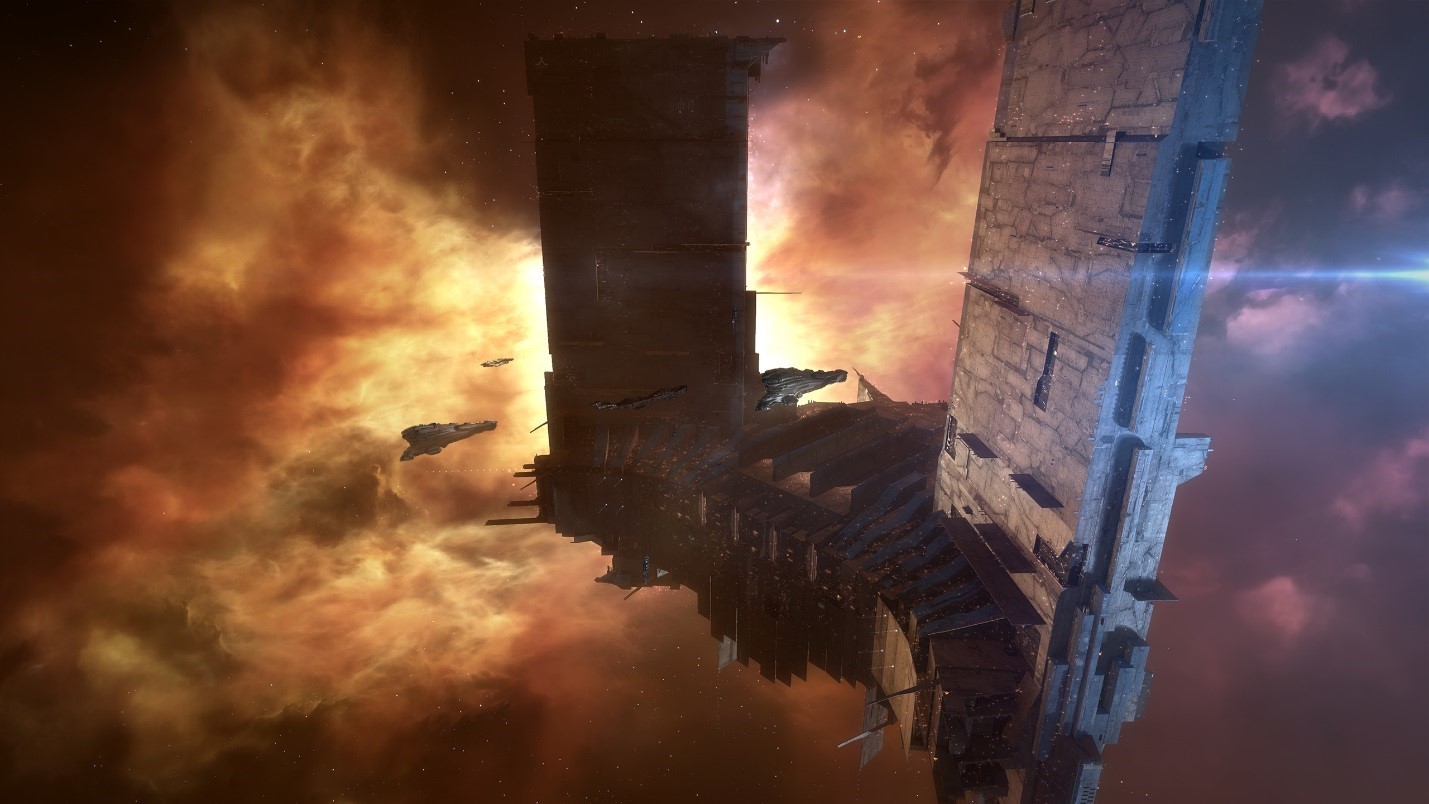 Hello intrepid capsuleers! Today we are happy to bring you another dev blog covering our continued progress in developing and improving Upwell structures.

This blog will cover the structure changes and improvements that will be arriving in the upcoming August 15th release. Some of these changes have been discussed previously and others will have their details revealed here for the first time.

All three of these tracks are still advancing and all three will be represented in the August release. We want to once again thank all the players who participated in our Upwell structure survey earlier this year as we are continuing to use your community feedback to inform our priorities in structure work.

As CCP Seagull announced in one of our recent Development Update videos, we are in the process of refocusing more of our ongoing structure update resources to the topic of structure defenses and siege mechanics. This design area has been one of the major topics we’ve been hearing about from the community over the past few months, and the August release includes some of the early fruits of our increased focus in this area.

The changes coming in August include:

This August, we are deploying a set of iterations to structure weapons with a special focus on the Standup Guided Void Bombs. These bombs have been a major topic of discussion in the community and we agree with the majority of you that they need to be toned down. Void bombs being the most powerful part of structure defenses has the significant downside of reducing the fleet composition choices available to attackers.

Our goals for these weapon tweaks are:

The changes we are proposing here reduce the area of effect and energy neutralizer amount per second of Guided Void Bombs while also reducing their rate of fire and movement speed to make counterplay more accessible.

These changes are available for testing on our Singularity test server now and we encourage all of you to give them a try and to let us know what you think in the comments thread for this blog.

EVE Online’s August release will also include the next improvement to the UI for structure deployment. Earlier this year we had feedback pass along to us through the CSM that more and more players were encountering issues with determining the direction of the undock points on structures when choosing their location and orientation during deployment. We included the idea of adding undock direction indicators in our Upwell structure feedback survey and it received quite a bit of support from the participants in the survey. 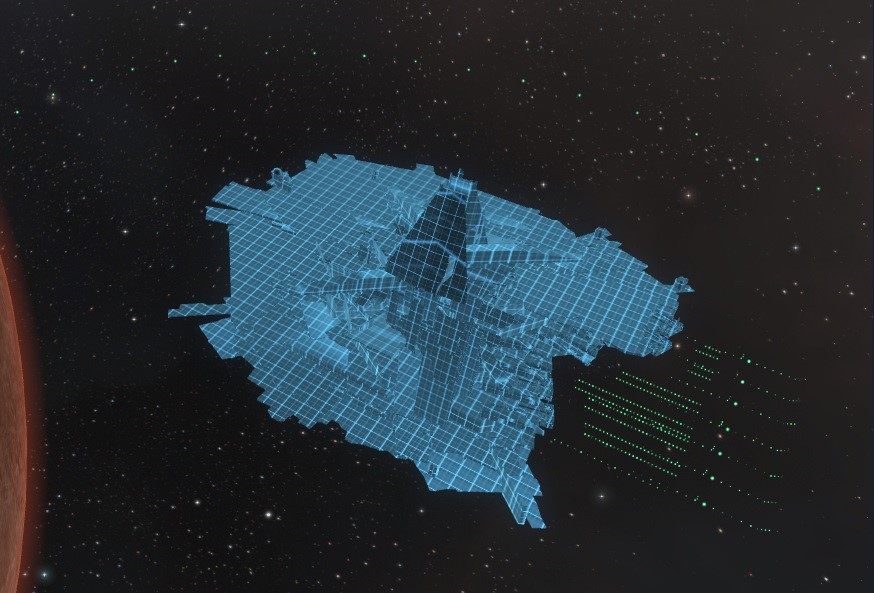 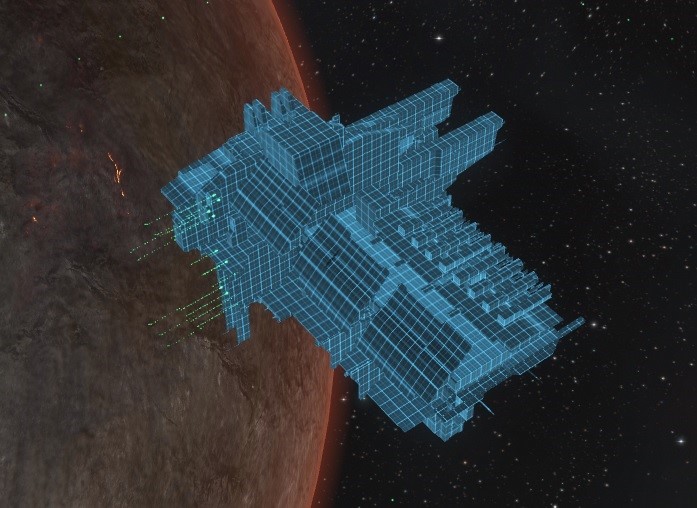 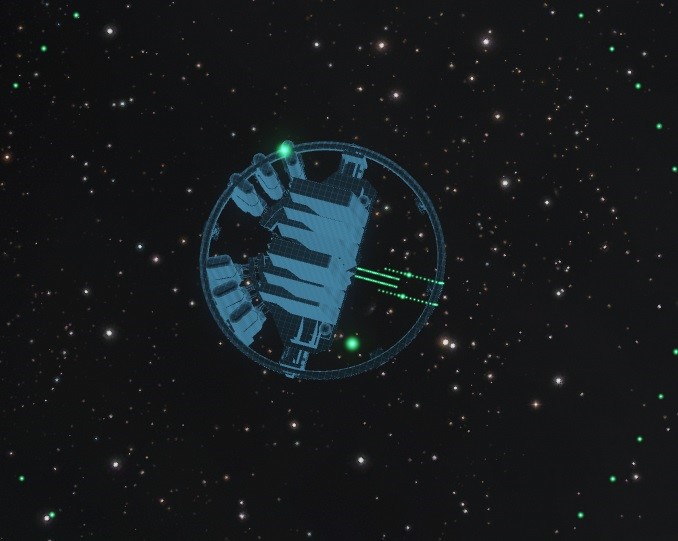 The job of keeping your structure fueled can be a challenging one that is made more complicated by the fact that allowing a player to fuel a structure currently requires a huge amount of trust in that individual. In the August release, we are expanding the fueling ability in a secure way by allowing anyone with the "Assume Structure Control" access control list to place (but not remove) fuel in the structure fuel bay without requiring any corporate roles.

Corporation insurance is a feature that allows a corporation to insure a ship before distributing it to one of their members, which then sends the insurance payout to the corporation if the ship is destroyed.

This is a longstanding feature of the insurance system in normal stations and outposts, but we were initially unable to add it to Upwell structures due to some technical differences between corporation hangar systems in different structure types. Recent improvements we have made behind the scenes have had the additional benefit of allowing us to add corp insurance to Upwell structures in August. This is another step towards full feature parity between stations/outposts and Upwell structures and will be especially useful to large corporations.

As a quick reminder, there are also a few other previously announced changes coming in the August release that bring us closer to the release of Refineries and complete replacement of Starbases with Upwell structures.

As we announced in this dev blog and this forum post, we will be phasing out industry bonuses in starbase structures.

This means that starting in the August release, Starbase Reprocessing Arrays will only provide a 50% refining yield, Starbase Assembly Arrays will not provide any material or time bonuses to manufacturing jobs, and Starbase Labs will not provide any time bonuses to research, copy, or invention jobs.
These structures will continue to work for the near future, but without their previous advantages over stations.

Any jobs started in one of these structures before August 15th will complete with the bonuses intact.

These structures have been impossible to build since May, and their usage is now very low since more convenient and powerful alternatives exist. This step will continue our progress towards replacing the legacy starbases with easier to use Upwell structures.

We are also deploying a set of improvements for the moon survey probing system this August. All the details of these changes can be found in this dev blog, and are another step preparing New Eden for the arrival of the new Upwell Refinery structures later this year.

We want to extend our thanks to those players who have already passed along their feedback on the moon survey probe changes. In addition to the previously announced changes, we can also announce that the August release will include a buff to the Tech Two version of the Survey Probe launcher, giving it a flat 10% bonus to the speed of moon probing.

We hope that you all enjoy the changes coming this release, and our whole team wants to reiterate our thanks to all the players who are passing along your feedback on Upwell structures through our survey, the forums, bug reports, the CSM, and many other avenues.

All the changes described in this blog are available for testing on the Singularity test server that can be found in your EVE launcher, and we highly encourage people to try them out and let us know what you think.