The Advancing World of Upwell Structures 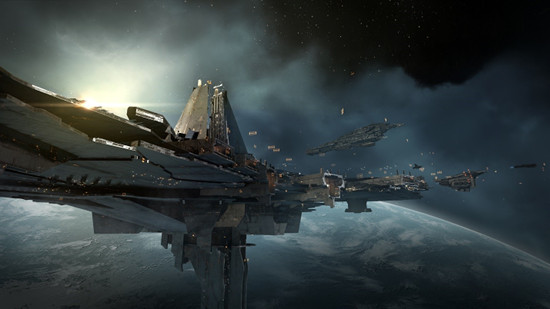 Hello tireless capsuleers and welcome to this dev blog from your friendly neighborhood Team Five O!

We are currently hard at work bringing you improvements and features for structure gameplay as well as preparing for the next new group of Upwell Structures. Today’s blog will discuss the roadmap for Upwell Structures; past, present and near future. We’ll look back on the progress of the last year, bring you up to speed with the work that we are engaged in right now, and open up a new survey where you can participate in creating our short-term roadmap. We are also releasing a second dev blog at the same time as this one, which discusses the next new group of Upwell Structures: Refineries.

It can sometimes be hard to believe that the Citadel expansion was released less than 11 months ago. The last year has seen huge progress in EVE’s structure gameplay starting with the release of Citadels in April which rebuilt our concept of player-owned structures across the cluster. Citadels were the culmination of years of work and were only possible thanks to the EVE community’s active participation in the development process. Over the following months, we added more features to the basic Upwell Structure core such as redeeming, direct trade, and contracts. Then in November we released the biggest addition to Upwell Structures with full manufacturing and research services and a new line of Engineering Complexes to go with them.

The bet we decided to take was that if EVE players were provided better tools for creating their own shared infrastructure they would take that ball and run with it, eventually shifting even more of the EVE universe into the control of players. We’re happy to be able to say that you folks didn’t disappoint.

Watching what you built with these new tools over the last year has been an amazing experience.

Between these groundbreaking new structures and all the other features released during the year, YC 118 (2016) was a year of major feature growth in EVE.

This fast pace of feature development has great benefits, but also required the tradeoff of leaving less time for some other structure features we had been hoping to add such as insurance and repair services.

In the months since the Ascension expansion we’ve been watching the community discussion and feedback closely, through direct feedback on our forums and social media as well as through your elected representatives on the Council of Stellar Management (which has its next election active RIGHT NOW!). What we’ve been seeing in this feedback is that you want us to shift relatively more resources into bug fixes, performance optimizations and adding these extra features to Upwell Structures. We hear you loud and clear, and have already adjusted our roadmap to better match these priorities. The results of this shift are already visible in the YC119.2 release released a few weeks ago, and in the YC119.3 patch just released.

We are currently splitting our ongoing Structure work into three simultaneous tracks:

Anyone following along with the patch notes of the last few releases will clearly see the benefits of track #1. We have been working hard to improve performance (especially with the industry system), fix bugs and improve UI. In the YC119.3 release we added even more of these improvements including better user experience for session change timers, preventing drones from losing contact with their owner while attacking x-large structures, enabling remote trashing of items in structures and a number of improvements to the user experience around taking and relinquishing control of structure weapons.

We are also making excellent progress in track #2 with personal insurance being added to structures in YC119.2 and item repair in YC119.3. These features are enabled in all current Upwell Structures and will also be available in future dockable Upwell Structures by default.

We want to give a special thanks to all the players who have been providing us feedback and bug reports to help us focus our work in tracks #1 and #2. The CSM (time for another gratuitous “go vote in the CSM election” plug!) has been an especially big part of helping us set priorities in this area and passing along the feedback they are hearing from all of you.

We Want Your Input! 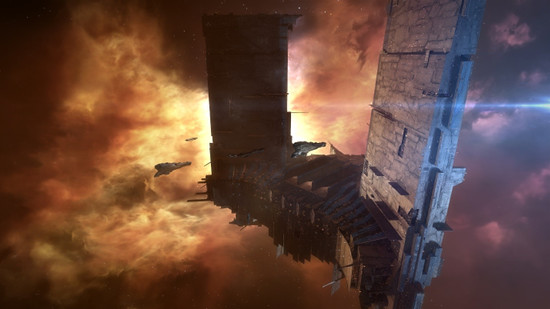 To help keep our roadmap responsive to the needs of all of you in the community we have prepared a special survey asking about your experiences with Upwell Structures and asking for your opinions on what we should be prioritizing for our next steps. We have already asked the CSM for additions to the backlog and then for their individual priority rankings of a similar set of potential changes and now we want to hear from the community as a whole. This survey has been emailed directly to a large number of EVE players to ensure responses from a wide cross-section of the community, and it can also be found at this link directly.

We do want to make clear that since many of these changes require wildly different development time commitments we can’t commit to completing all of them and the feedback we receive from this survey will represent one of several inputs into our internal roadmap. However, we do believe that this list represents a lot of potentially beneficial improvements to Upwell Structures and we really want to see what you folks in the community think about the relative importance of different changes. We encourage you to fill out the survey and we want to thank all participants in advance.

Thanks for joining us for this dev blog today, and we hope that all of you will be able to find time to complete the survey so we can incorporate your feedback into our prioritization! Now that we’ve discussed the wider world of Upwell Structure features, the sister dev blog in this one will drill down (pun intended) on the next set of Upwell Structures in development: Refineries. These new structures will be the one-stop shops for resource collection and processing in New Eden, and will usher in major changes to moon harvesting and reactions as well as providing the cluster’s best reprocessing services. You can check out that blog here.

We welcome community feedback on the contents of both of today’s dev blogs. You can get in touch with the members of Team Five O on the official forums as well as social media and in person at Fanfest! EVE Online is a constantly growing and evolving work of science fiction and the community is absolutely crucial to choosing its direction.