The Results Are In! - YC118 Amarr Championships Community Draw! 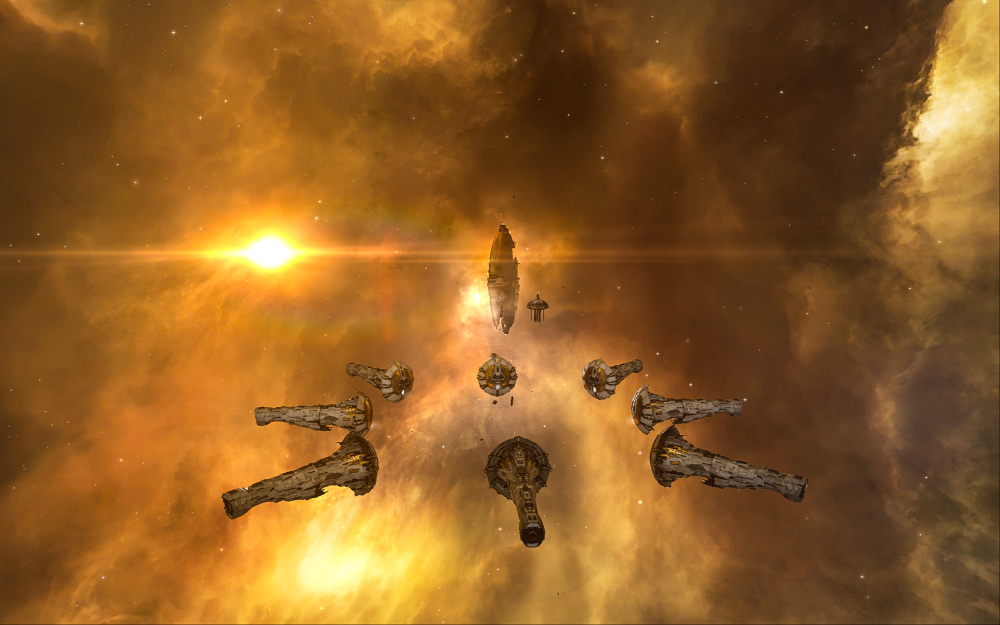 In celebration of both the 13th Anniversary of New Eden and the YC118 Amarr Championships Finals, House Kor-Azor and House Tash-Murkon provided an Avatar class titan as residence for each of the eight finalists competing on their behalf.

These were placed in orbit of Oris, in the system of Amarr, right outside Amarr VIII (Oris) - Emperor Family Academy. After the victory of house Tash-Murkon, four of these titans were returned to active service with the Imperial Navy, while an Honor Guard of the four victor's titans remains in place.

There was a little bit of a delay in drawing names, which were originally due to be announced on Friday, May 6th, the Anniversary of EVE Online. However, we are now ready to reveal names and award prizes!

While simple, the prizes are pretty substantial. Here's a reminder!

Between the dates and times specified, there were a total of 54,920 unique characters that made 150,034 jumps into the system of Amarr, and we're now happy to announce the names of those who have won:

Winners will be contacted via EVEmail after downtime tomorrow, and can expect their prizes to be issued before downtime on Thursday, May 12th 2016.