It's been a little while since you've heard from the Operations team, so we thought we would give you a progress report on building the new server cluster that powers EVE Online. For a good initial overview of the project, check out this dev blog.

With endless amount of meetings, planning , reviewing, and reiterating the configuration while waiting for the hardware to arrive on the shores of Iceland, we finally have all the pieces together to construct this magnificent puzzle.

As I type this, the OPS team is building TQ Tech III. From a timeline perspective we have had some extra help - for instance 2016 is a leap year so we gained a whole working day in February 29th, which helps! Also we were prepared to assemble all the servers from millions of tiny pieces like each RAM chip and endless amount of fans, but all the bits actually were delivered assembled so we just hauled it from Nýherji (IBM Iceland) to CCP Headquarters in half a day instead of about two days.

We set up a camera to record a time lapse for a long and very repetitive assembly day, but then it turned out to be a very short and dull video of us unpacking boxes, as you can see here:

So then, back to CCP HQ.

Setting this up in our staging racks was way more fun, and seeing the new hardware come to life after months and months of talks and actually getting to touch this beautiful hardware was exhilarating. I imagine it being similar to undocking your first capital ship.

Right now we have the virtual environment up and running and operating systems deployed. We have already seen preliminary boosts. For example, in code deployment it now takes 2-3 min to push out a build vs 10-13 min.

It is way too soon to say or even brag about the improvements for EVE, but stuff like this is fun to see in the early stages. Here are two simple demos to demonstrate the sheer power of this cluster when it comes to "non-EVE" performance.

First we have a Virtual Machine migration, which is in essence a copy paste of a server's memory (4GB of RAM in this case) from one physical host to another physical host. As you can see, the new hardware is awesome!

Then here we have a Virtual Server running on Tranquility Tech III being rebooted. I counted about 5 seconds .

How about them apples?!

At the next big milestone we aim to allow you all to log in while the Tranquility Tech III hardware is still in Iceland for some initial testing. Please note though, there are about extra 40ms of network latency added compared to London as the intertubes go through the Atlantic Ocean, a glacier, some hot springs and couple of volcanoes before reaching CCP Headquarters here in Iceland.

How You Can Help Testing!

Some of our eagle eyed players have noticed that there's two test servers that have appeared in your new Beta Launchers: Solace, and Quantum. CCP Falcon had responded to questions about this on the forums, and now this is the Dev Blog that was promised! 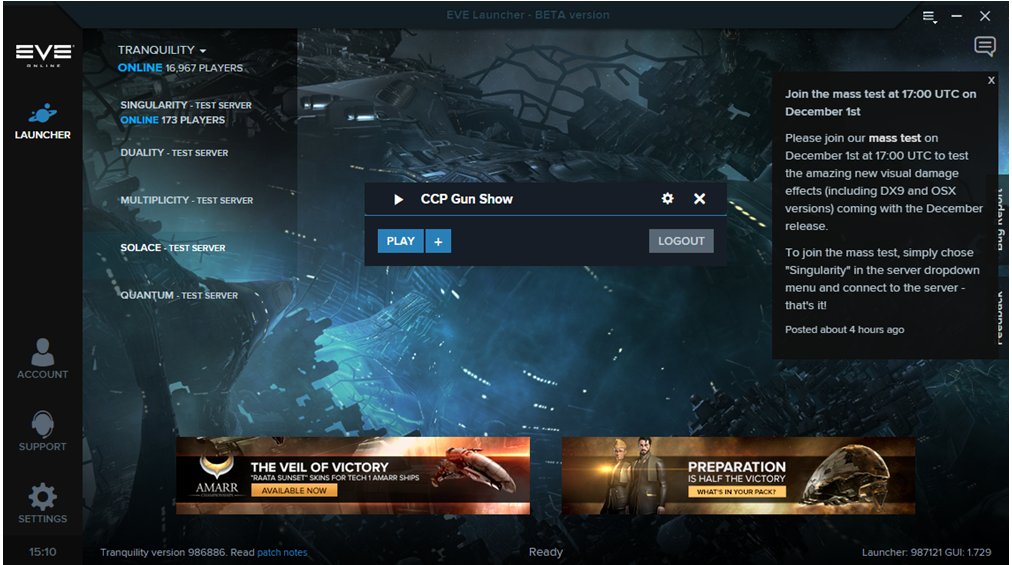 On Friday December 4th @ 15:00 GMT a test server called Solace which is running on the TQ Tech III hardware will be available through the new launcher, so if you have not already downloaded the Beta version you should do so.

We'd like you all to come and try out the new hardware with us so that we can gather some information on how smoothly it's running. All we need you guys to do, is be yourselves! Fly around, shoot eachother in the middle of the face, have some fun and enjoy some spaceship violence. We'll do the rest.

As part of the fun, when we bring Solace online for testing, we've decided that we're going to seed the market in a similar way we do with Singularity, and give you all maxed out skillpoints to play with during the test. We hope to see as many of you there as possible for some fun!

We think a massive fleet fight would be a pretty good test for this, so get your ships ready! We hope you'll join for a massive fight on Friday so that we can see how the new hardware runs!

Oh, and what's better than closing this Dev Blog with a picture of the new Tranquility Tech III hardware in our testing racks here in Reykjavik? 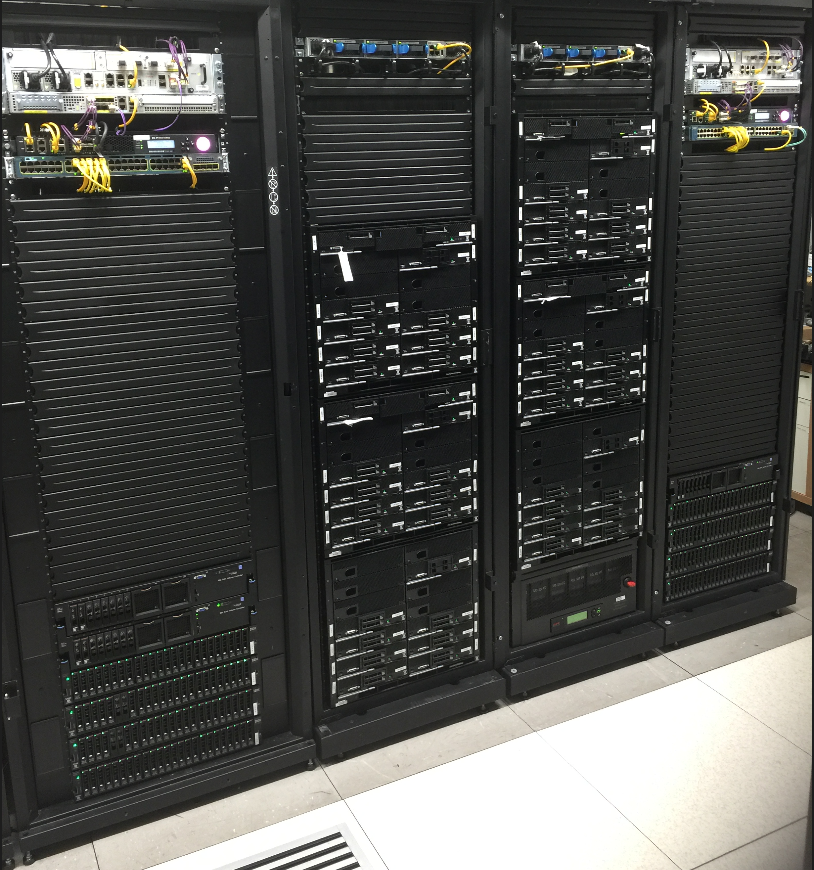 On a final note, the next blog in this series will be when we are setup and ready in London.

Expect that blog to be published late January 2016. Thanks for all the comments on the first blog! Reading the threads on the forums and on Reddit thread warmed our hearts and I can safely say this hardware is equally arousing to us:

Fly safe guys, we hope to see you shooting at eachother on Friday!