Improvements to Standings UI, Scanning and the Beta map

Here’s a quick preview of some stuff coming in EVE Online’s next release on August 15tth.

NPC standings are an important part of EVE. They govern which missions you can do, your ability to join faction warfare, and when you will be attacked in NPC controlled parts of space to name a few. With this in mind, we’ve been working on a way to show you when these things either become available to you or when you will lose access to them. 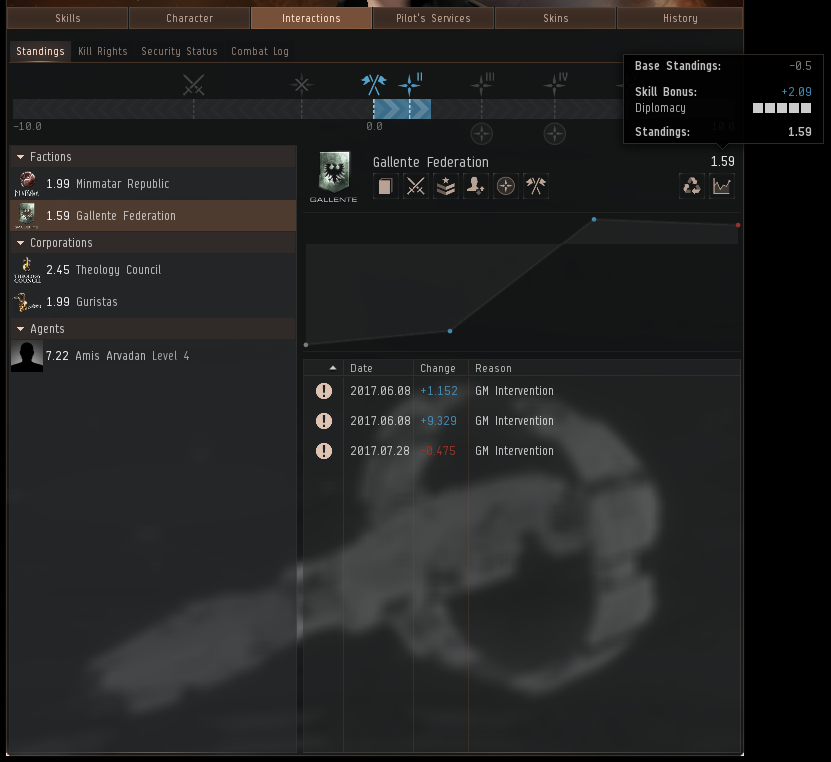 Starting at the top, we are introducing a bar to represent your current standings with the selected NPC Faction, Corporation or Agent ranging from -10 on the left to +10 on the right. As you move in either direction you will be able to see exactly when you will gain access to or lose access to missions, epic arcs, and faction warfare. We hope this will allow you to learn and understand the standings system and the potential impact your actions can have.

On the left is a list of all the NPC Factions, Corporations, and Agents that you have encountered. For new players, this will just include their starting faction. Selecting one of these entities will populate the rest of the standings window.

On the right, is your standings history with the currently selected entity. This is already in the client but it takes about 6 clicks and 3 different windows to access.

We are also adding some new notifications for when your NPC standings change. When you gain or lose standings with a Faction, Corporation or Agent you will receive a notification to inform you of the change. Clicking the notification will open the standings panel and highlight the standings that have changed. These can be configured in the Notification settings.

We are also changing the standings tab in the Show Info window for Factions, Corporations, and Agents. Instead of having double entries for each entity, we will now have a single line conveying the same information. 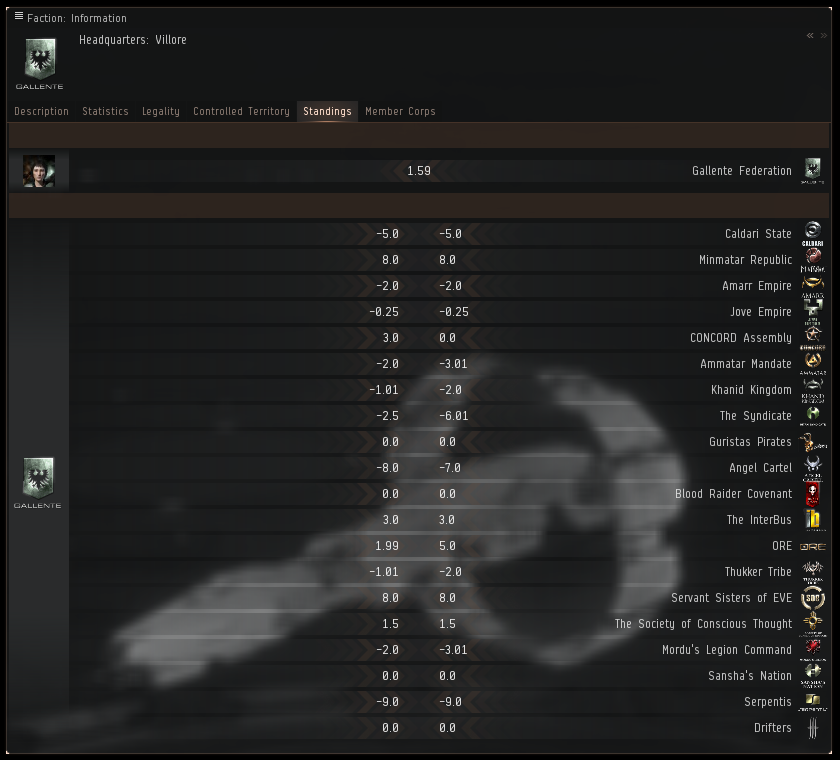 For the Agents tab in the Corporation Show Info window, we are adding a filter for the agents so you can now filter by levels I – V. We hope this will help players to find agents they can speak to.

We have seen lots of players asking for some quality of life improvements in the scanning system.

In August, we will deliver two of these little gems for explorers, wormholers, and hunters:

From the August release onwards, scanning progress will be stored until you restart your client. The results will no longer be cleared when docking, jumping wormholes, or doing basically anything else that would have previously caused a session change and cleared the list.

This will only be for Cosmic Signatures. Anything located with combat scans will not persist, such as ships, citadels etc

Another quality of life improvement we have seen players ask for is the addition of signature id when saving locations from the probe scanner. This will not change any behavior of bookmarking, so you will still have to warp to a wormhole to bookmark the actual wormhole if you want to warp at 0. In this situation, you would have to manually add the signature ID.

We ended up with our head in the Beta map code for some of the work we have planned for later in the year. I would like to emphasize we are not working on removing the old map at this time, the changes are focused on increasing the performance and usability of the Beta map.

We have been tweaking the usability of the Beta map, mainly focusing on camera interaction and system/constellation/region navigation.

Here are some of the changes we are making for August:

A breakdown of the changes can be found on the forum thread where we would love to get your feedback and suggestions regarding these changes:

There will also be a number of defect fixes going out. Remember to read the patch notes when they are available to see all the changes that have been made.

Thanks for reading! All these changes are currently available on Singularity and we look forward to hearing your thoughts and feedback.