Vote for truth – Vote for justice!

Now is the moment of truth. As of midnight EVE time on May 6th we closed the True Stories website for new submissions, and opened it up for voting. The voting period is two weeks, ending May 21st.

As previously stated, there are rewards for the five top voted stories:

At the end of the day, this isn’t about the trip to Iceland, or the decade of PLEX, or marveling at the stunning Icelandic nature. It’s about the stories themselves.

We highly encourage you to browse through the site, check out stories that both have been voted highly already and also those that may not have had the exposure or promotion that the top ones have had, but may be great nevertheless and well deserving of being upvoted. You can of course downvote as well, if you think a story does not have merit.

Notice that there is only one vote per account. If you vote for the same story with multiple characters on the same accounts, those votes will be consolidated into one.

You can now see which stories are at the top: 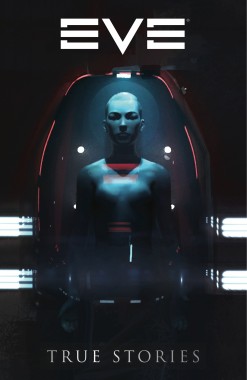 As we announced at Fanfest, the Dark Horse comic book True Stories will draw inspiration from some of the stories on the site, as well as the upcoming EVE TV series. Thus it matters greatly that we get a fair, balanced, objective review of the stories submitted on the site. Well, perhaps not perfectly fair. And come to think of it, not quite balanced.  And not objective either. Well, in any case, it’s good if you vote!