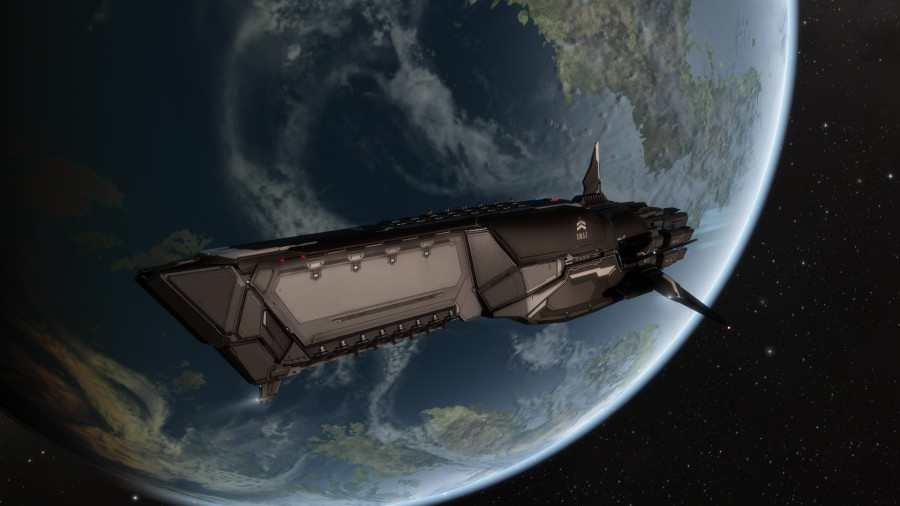 If you’d like to discuss this blog, head on over to the comments thread on the official forums.

Hello, wonderful capsuleers and welcome to the first quarterly update of 2019 from Team Security, where we’ll give you more numbers regarding the ongoing fight against botting, real money trading and other illicit activities in New Eden.

As we’ve said in previous blogs, we’re very aware that ongoing action against this type of damaging behavior is always at the front of the community’s mind, and we continue to see regular conversation about botting and RMT in all corners of the interwebs.

Before we get into a few reminders and a little more information about some changes that are coming up to help fight against the botting menace, here’s a few numbers that give a look at our action against those found to be botting and RMTing since the start of 2019.

Here are the current numbers just as we’re passing the half way point of this quarter:

In terms of botting, our current focus remains on hitting what’s left of the courier mission botters as well as those using FW and anomalies, but in recent months we’ve also renewed our focus on RMT, taking the fight outside the EVE Online client to clean up a number of social media groups promoting and organizing the real-world sale of assets in EVE. We’ll have more details of that once we’ve hammered things home a little more!

As part of the fight against abuse of Alpha accounts by those involved in botting and real money trading, the EVE Dev Team have been looking at what Alpha characters currently have access to in New Eden.

As we discussed initially in the New Year security update, the team were considering placing level 4 and 5 courier missions behind the requirement to have Omega clone status.

After investigating further, the decision has been made to place all level 4 and 5 missions behind the requirement to have Omega status, to assist the fight against RMT and botting.

Of course, we are aware that mission running is only a part of the issue, we’re also investigating more ways to reduce the abuse of alpha accounts.

The changes to level 4 and 5 missions will be arriving on Singularity in the coming days, and are scheduled to go live with the March release.

As we roll into 2019, we still want to hammer the message home – DON’T RMT AND DON’T GET INVOLVED IN BOTTING.

If you’re an alliance or coalition leader, don’t harbour these people. If you’re renting space to an alliance, don’t rent to people who’re botting.

We’ll come for the ISK and assets, and you’ll end up cleaned out.

Several alliances have found this out the hard way recently. We will give those involved in botting and real money trading no quarter. Those who harbour these people and profit from it will be stripped of assets and ISK that are gained through illicit means.

By RMTing, or by harbouring people who bot and RMT, you’re contributing to the real-life wallets of people who do not care about EVE, or our community. These are people who destroy the accounts of innocent players, in some instances causing irreparable damage to characters and shattering years of progress for legitimate players who play by the rules and just want to enjoy EVE.

Most importantly, if you see botting and RMT happening – REPORT IT.

We know how much effort goes into growing and maintaining characters, as well as gathering all the assets that pilots end up with after a long an illustrious career as a capsuleer.

Keep the reports coming, and we’ll keep digging through the pile of bad guys. This behavior has no place in New Eden.

We’re committed to keeping up the fight against botting and RMT, and we’ll continue to hammer these guys as hard as possible, while looking at more ways to hit them outside the EVE client too by taking down ads, social media groups and any other content we can find.

Your reports matter, so keep letting us know when you see botting and RMT happening, and we’ll keep headshotting as many as we can!

As always, we’d love to hear your feedback, so feel free to hit the comments thread over on the official forums.