“The future influences the present just as much as the past.”

Hello again everyone. It’s time to to look back at the last few months and then take a quick peak into the near future for the pilots of EVE Online. Last November’s release of Crucible was a key moment for us. Not only did it herald a shift in focus in what types of releases we were going to deliver to you, it also coincided with significant changes in how we, CCP, go about making the game we all love. There is plenty of detail about all of this in this dev Blog from CCP Zulu and in the December CSM minutes. In short, we are focusing the majority of our efforts on the “core” game of EVE whilst taking some time to give some TLC to our own internal structure, processes and tools.

The good thing is that the first big mountain of work on our reorganization has been completed, although there will be more change for us ahead. After the initial disruption that an effort like this always creates, all our developers are back in the serious business of making EVE better and better. You have already seen some of the results of this with January’s 1.1 point release for Crucible which brought balancing changes for Assault Frigates, Neocom improvements, Factional Warfare increments and a host of other changes all designed around making it a better experience to play EVE. Time Dilation has brought a level playing field in super-populated server situations and Team Gridlock have now turned their attention to performance improvements for the client, having recently released some of their work in Crucible 1.2. 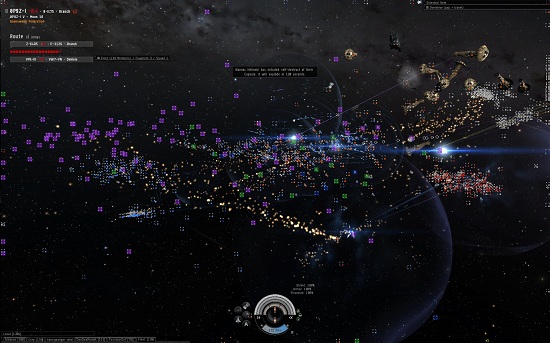 You will also have noticed an increase in the pace of small targeted patches and hotfixes, many in response to the reports we are getting in from new back-end systems we put in place to help us react to issues faster.

In addition to the many small fixes and improvements we’ve deployed, we have also released a completely revamped eveonline.com website, designed to lead new pilots into the wonders that await them in the game. Poke around with it if you haven’t yet. It’s complemented by a simultaneous release of an ever improving community website for those who have been in the game for a while longer.

That’s actually quite a bit when you consider it has only been two and a half months since Crucible launched. However, it is time to look to the future and see what it brings.

EVE’s developers are really getting into their stride for our upcoming releases. I recently emerged from many demos where the teams have been showing off their progress from their second sprint (short development cycle). I have to say that even at this early stage I think we have some great features, content and improvements for you coming up over the next 4-5 months. We are hoping to have a number of small releases as we go through February, March and April culminating in our major, war-themed release coming just before the summer, EVE Online: Inferno 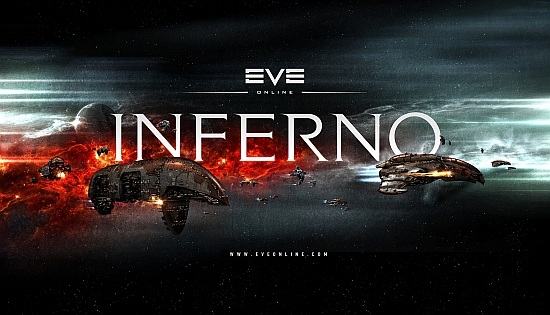 The next few months will be spent reinvigorating Concord-sanctioned warfare, giving tools and a framework to groups who wish to take advantage of these conflicts both directly and indirectly. We are also looking to introduce many new things which will mix up all forms of combat in a way not seen for a long time. Factional Warfare will also be seeing changes to make it much more relevant and fun by giving real reasons to fight for your faction.

As we continue development there will also be smaller changes, improvements and usability fixes, and we will not forsake our game performance focus. We will be making some changes and additions to our avatar technology and many other parts of the game. The websites will continue their metamorphoses and there may even be sight of more developer events on TQ.

Finally, we will revealing more concrete steps in the link between EVE and DUST 514, bringing an unprecedented level of collaboration, conflict and purpose to both games living in the same EVE Universe.

Am I playing my cards close to my chest? Of course. I’m keeping details light right now as it is still early on in the development process. I’d also much rather let the people putting all the hard work into making these features a reality have the chance to unveil things. Expect dev blogs, forum posts, interviews and video blogs packed full of information in the coming weeks and months.

Of course, if you want to witness the next big reveal of plans for EVE Online: Inferno, then you can hear it in person by coming to Fanfest in March. There you will be able to get quite cozy with your favorite devs and find out the real lowdown on EVE. This year Fanfest will be at a bigger, better venue right in the social epicenter of downtown Reykjavik, allowing us to bring MOAR EVE to Fanfest than ever before as well as some sneak previews of DUST 514, including the first-ever hands-on demo.. I can’t wait for the event and I hope to talk spaceships with a lot of you in person.

Time to sum up what has become a giant tease of a blog. A lot of work was put into YourEVE by everyone at CCP over the last few months and we all hope to continue momentum into what is shaping up to be the best year ever for EVE Online. The changes we painfully  undertook appear to already be paying dividends via the Crucible releases.. More importantly though, I hope each one of you is experiencing benefits from our recent releases and that our plan going forward will bring even more of the same.  I thank you for being here with us as we co-develop EVE with you, the greatest gaming community ever assembled. I trust that, come EVE Online: Inferno, you will be having the grandest time blowing each other up and/or profiting from it.