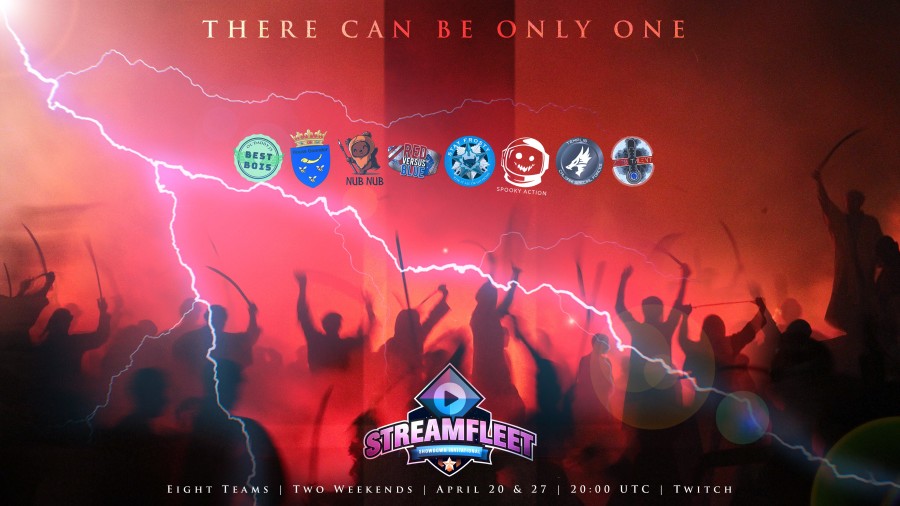 If you would like to discuss the tournament, please head to the official thread on EVE Online forums.

When we announced the Invasion Tournament Series we also said that we will be supporting player-organized competitions throughout the year. We are happy to share that the Streamfleet Showdown Invitational will be the first CCP supported event of this year! The tournament will take place on the 20th and 27th of April and you will be able to watch everything on Twitch channels listed below.

This tournament is run with a unique set of rules which you can read about here, and features teams from all over New Eden – including hisec, lowsec and nullsec – so that everyone can have a team to root for!

In terms of prizes, the teams are going to be fighting for in-game SKINs and PLEX that will be distributed among the top 3 in the following manner: 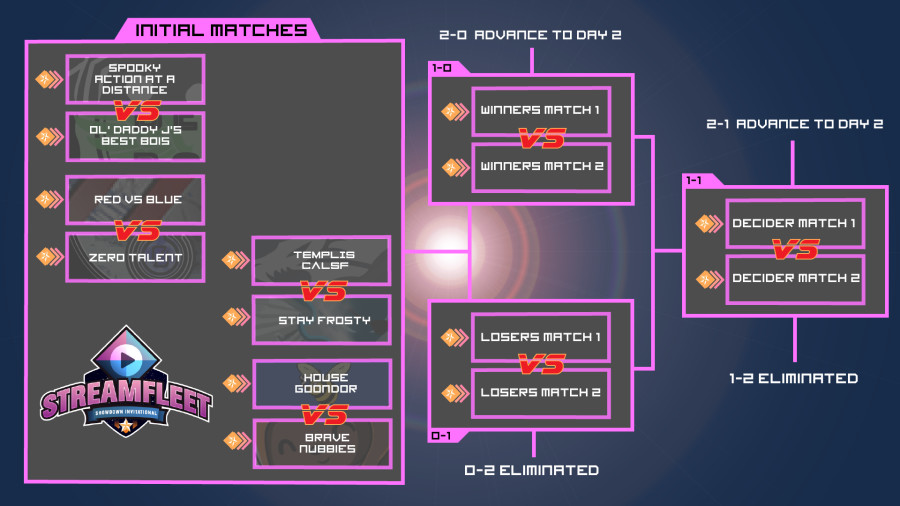 The event organizer also has a few plans up their sleeve to make the viewing experience as entertaining as possible. Everyone watching the stream will be able to participate in two different activities:

Best Twitch Clip – We're going to choose the five coolest Twitch Clips people make of the tournament each day and give the players that made them a set of +5 implants. From those clips we'll select the best clip of the day and that player will get 5 Large Skill Injectors.

Chat participation – Throughout the day SKINs will be raffled among all viewers. The winners will be contacted at the end of the day via Twitch direct message with further instructions.