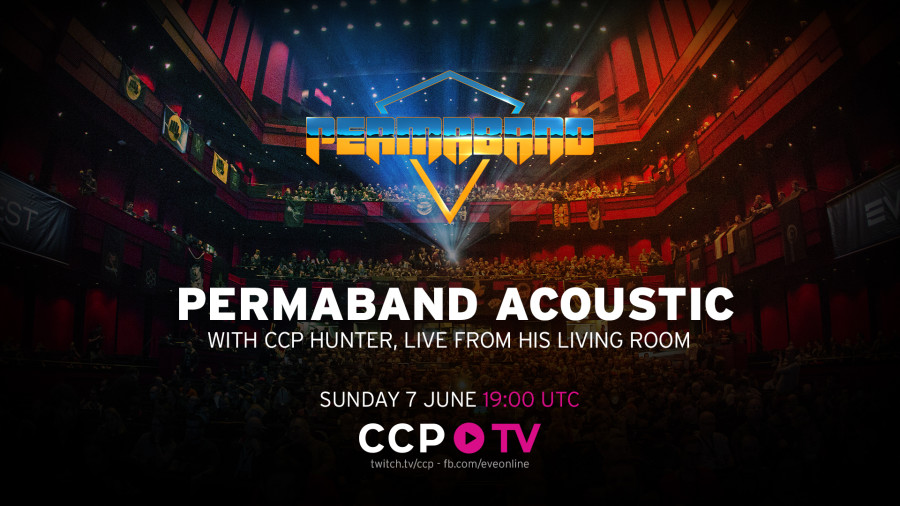 Tune in to Twitch.tv/CCP and Facebook.com/EveOnline at 19:00 UTC on Sunday 7 June for the Permaband Acoustic with CCP Hunter, a one-time only streaming event!

CCP Hunter has been one of the mainstays of Permaband, CCP's in-house rock band, since its formation. He‘s known as "that guy that can actually sing“ and "that guitarist that can actually play“. CCP Hunter has graced countless event stages throughout the years and performed for throngs of people, and this Sunday evening he‘ll grace his living room as he plays his own acoustic renditions of Permaband's greatest tunes. He may even sprinkle in a few of his own solo songs from his forthcoming album.

Make sure you don't miss this very special stream!