No Honor Among Thieves - Siphon Units in Rubicon

Hello capsuleers! This is CCP SoniClover from Team Super Friends, here to tell you about Mobile Siphon Units. This is one of the four mobile structures coming out in Rubicon. The Mobile Siphon Unit is deployed close to Player Owned Structures (POS) and can steal resources from it. Before diving into some details, let’s start by looking at why this particular structure is being made.

We’ve been contemplating some sort of a moon raiding feature for awhile now. While the prices of high end moon mineral has fallen sharply after the rebalancing work in Odyssey, it is still something interesting and worthwhile. It also aligns itself well with our general intent to give players more ways to affect each other’s income than just through brute force. Finally, it allows us to strengthen asynchronous gameplay, where players can be interacting without having to necessarily be at the same place at the same time. 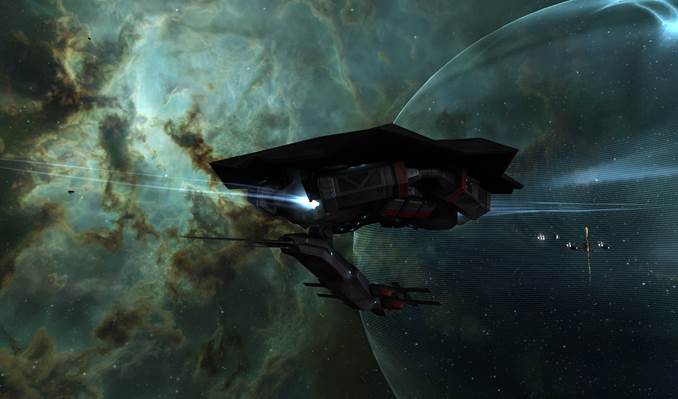 Now for some details. Note that all numbers and stats are subject to change.

This hopefully gives you a good overview of how siphon units will function. We’re looking into more versions of siphon units to add later (like in Rubicon 1.1). Larger variations would steal more, but take more room and potentially cost fuel to run. Other variations could steal additional types of materials, such as complex reactions or polymer reactions.

There’s more stuff to come from Team Super Friends, so keep your eyes open. Until then, let us know what you think in the feedback thread.