With our monthly release tomorrow, we will be delivering the PLEX for GOOD reward apparel to our awesome donors: 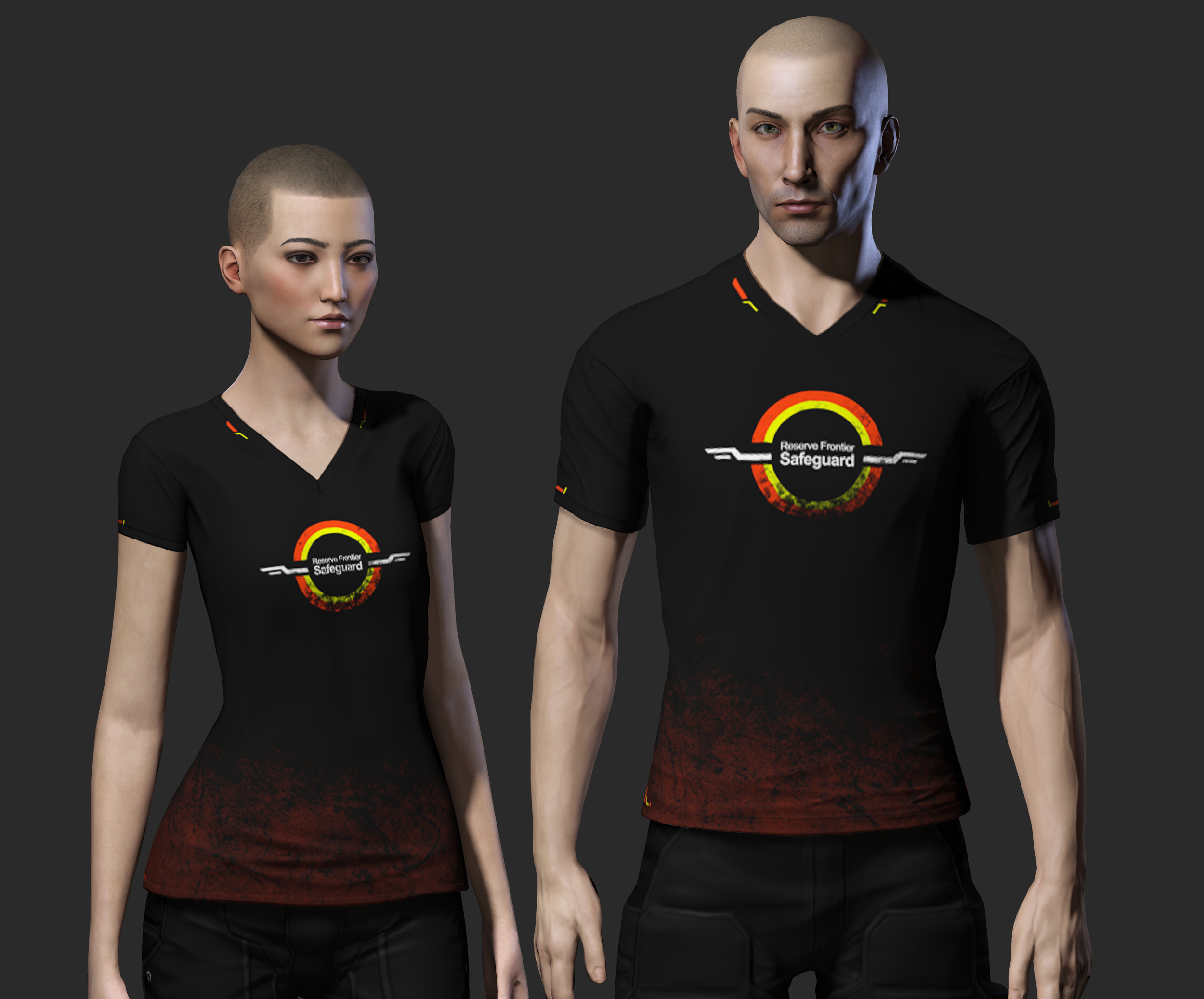 As mentioned in previous news items, anyone who donated the minimum 100 PLEX will receive one pair of the shirts. At 500 PLEX they will receive two pairs and then an additional pair for every 500 PLEX donated after that.

Now, this is where we hit a bit of a wrinkle. Due to the fact that we weren't able to announce the in-game rewards until midway through the campaign, some players contributed PLEX to corp or alliance collections or donated to streamers etc. as part of 3rd party fundraising drives. This means we won't have a record of the contributions for those who didn't directly send their donations to the CCP PLEX for GOOD character.

If that's you, in the first instance we request that you reach out to the person who you sent your PLEX to and ask that they contract you the number of shirts you're entitled to.

If you don't get a response you can then send an in-game evemail to the character CCP PLEX for GOOD stating the amount of PLEX you donated and we will contract your shirts in Jita 4-4.

This offer will only be available until downtime on Friday, 20 March 2020.

In the event someone claims to have donated a large volume of PLEX we will have to verify that first. You can help by linking the original PLEX contract in the evemail. If you are unable to locate the contract or it was too long ago we have other means of confirming the donation, it'll just take a little more work on our end.

We realise this is a little bit messy but we didn't want to hold up launching the campaign while we were figuring out if we had the bandwidth to get rewards made. We want to properly thank everyone for their generosity and make sure everyone receives the rewards they're entitled to.

During the PLEX for GOOD campaign we relied on the generosity of the community and you didn't let us down, so now we're relying on your honesty when it comes to claiming your apparel. Thank you for your understanding!

In conclusion I would once again like to point to CCP's especially firm position when it comes to scamming related to PLEX for GOOD:

IMPORTANT: CCP regards any scamming attempts surrounding PLEX for GOOD to be morally reprehensible, and any attempts at scamming relating to this program will be met with the harshest and swiftest action at our disposal. If you become aware of anyone attempting a scam related to PLEX for GOOD please notify us at support@eveonline.com