Hello spacefriends and welcome to another installment of the Community Beat!

Union Day events are in full swing in-game so it seems like a good time to show off some of the Caldari-flavored creativity that has come out of the community in recent weeks.

First of all there’s this excellent Caldari State trailer by Kaneda Emperis which was assembled from scratch in Blender and After Effects::

Meanwhile over on Twitter, Alex Yiu shared this awesome illustration of the Chief Executive Panel of the Caldari State: 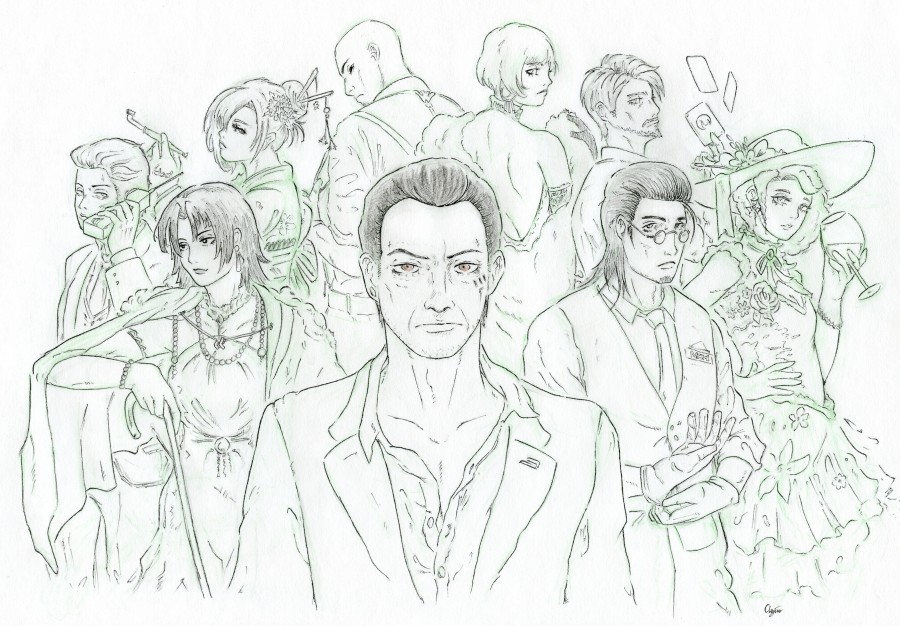 Alex has won or placed highly in several art and lore contests over the years. It’s great to see that pen is still getting a work out!

The Caldari RP community are also planning some in-game events to commemorate Union Day. The LUMEN Caldari Contingent are running an Inspiring Works writing and propaganda contest with some cool prizes, the details of which can be found here. You can also join the YC124 Union Day Parade on Sunday, 4 September at 19:00 UTC!

Any more events that come along will be added to this thread.

Notorious space pirate Rixx Javix has been well known for his many artistic contributions over the years and now he has an official store where he sells a variety of authorized original EVE Online art prints such as this beautiful Orca: 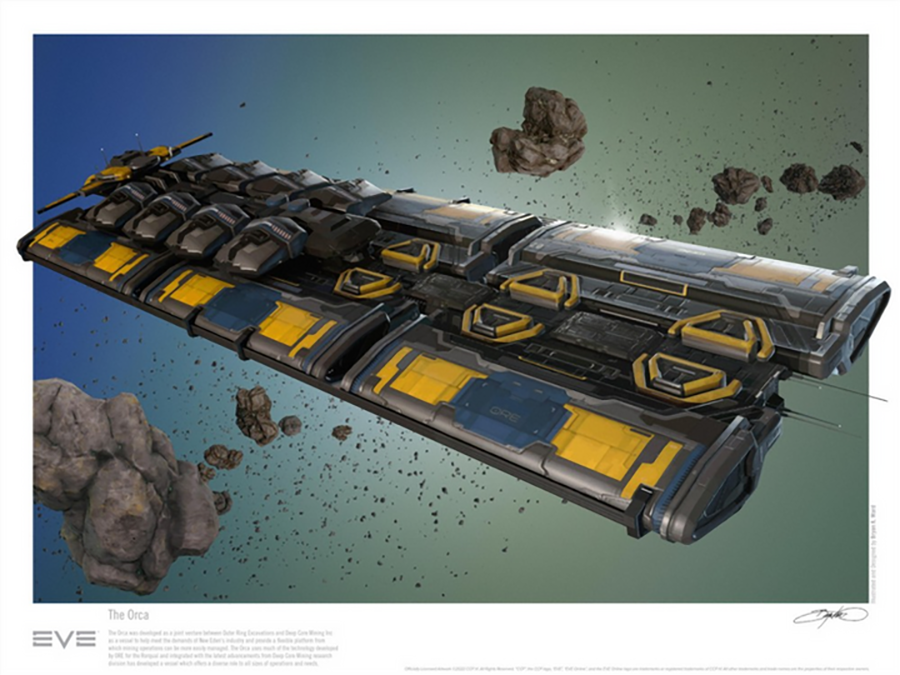 Rixx’s art already adorns the walls here at CCP HQ so check out the store and see if there’s something to spruce up your pleasure hub!

Eagle eyed capsuleers have noticed the construction of some mysterious structures in certain lowsec systems. Ok they're not that mysterious since they're clearly labelled things like "Imperial Prototype Stellar Transmuter" BUT their ultimate purpose is still kind of mysterious, which is cool!

Speaking of eagles, Eaglefirefly made this great video tour of one such site, located in the system of Vard:

Pilots are invited to participate in a race around the edge of New Eden in a contest being organised by Desert Oasis Inc. with a prize of 20 billion ISK for the winning team!

The race gets underway on 10 September at 20:00 UTC. Check out the forum thread for full rules and instructions. Good luck!

A quick shout out to our spacefriends from the UK who will be having a good time at EVE London this weekend and a reminder to check out EVE North East (8 September) and EVE Vienna (15 October) if either of those happen to be in your neck of the woods!