More than just a game: The link between EVE Online and the real world | EVE Online
Back to news

More than just a game: The link between EVE Online and the real world

It's an undeniable fact that the friendships made in eve have a positive impact on its community. We managed to contact Arnor Maximilian shortly after he published his Master thesis in sociology about the impact that EVE Online has on the real world and wanted to share his findings with our amazing capsuleers.

Surely many have noticed the popular opinion that computer games affect people in overall negative way. That gaming has negative effects on academic performance, consumes peoples time and traps them inside this world of imagination. However, the world imaginary refers to a place where the players actions would not affect the real world or have any real consequences. This research paper was aimed to disprove this belief and expose the truly undenying link between the real world and EVE online. This was done by using sociological qualitive research techniques based on several in depth interviews with long term EVE online players which were coded based on Bourdieu’s sociological theory called theory of practise. 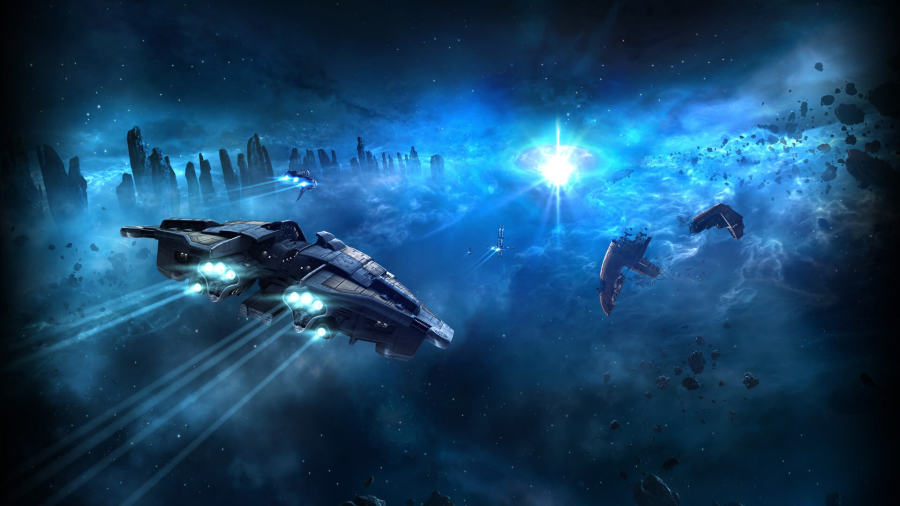 Video games have changed drastically over the years like many of our other modern media. In the past computer games were simply categorized the same as movies and books since they often had simple narrative and the user had no control over the actual story. Pong for example was developed by Atari 1972 a very simple game where the main goal was to shoot a tiny square past the opponent, claiming a point. The only rules that applied in this game were based on the ingame hard code that was unchangeable for the regular user. This defined the separation between the virtual world from the real world. The real world was more complicated since the ways people react and behave to different circumstances are unimaginable. Normal people don‘t follow scripts like in the movies or video games, we have complicated unpredictable behaviour based on society’s social rules. Rules that are constantly changing and bending within our social structure.

Now fast forward to the present, where the video games have become online and filled with people with complicated social rules. The difference between worlds has now been officially broken since both worlds have emerged. The way people now play, how they win or reach the games goal has become personalized. A great example of different goals could be found in the interviews. One’s goal could be mining asteroids, controlling a large-scale group or a small group of pirates, even working the market or focusing industrial work. But sometimes these goals were simply making friends, or even foes. But still like any other goal people need to work towards it, and some people have it easier in a video game because of their real-life skills. 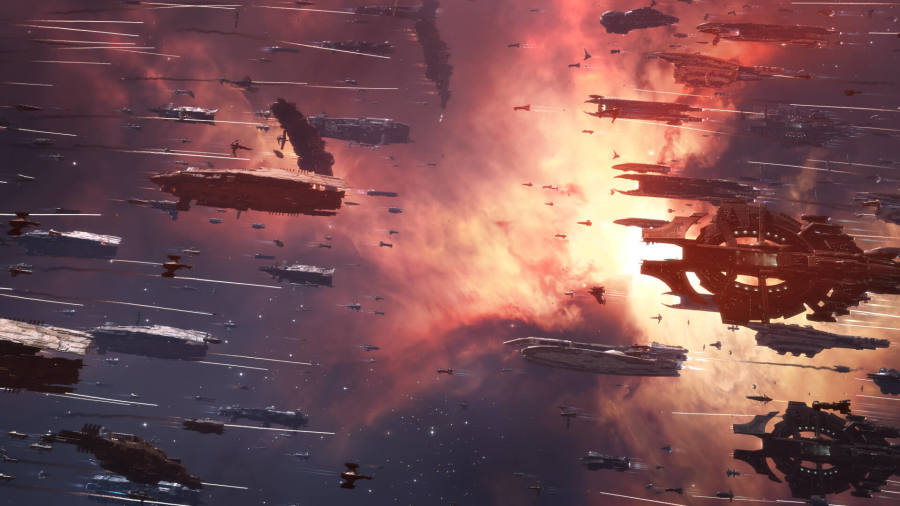 People can use real life skills to empower their gameplay in the virtual world. These skills explained from Bourdieu’s theory of practise and is called sociological, economic, cultural and symbolic capital. Capital in short is what people have access to in life and makes up for what is called habitus which controls how we feel, what we say, what we do and how we act. It’s our experience throughout life come to one shaped by our environment like family and friends, gender, education, location, school, work etc. This capital was analyzed in the interviews and categorized as external and internal capital which was the main concept that established the link between the real world and EVE online.

The external capital stands for the real-world resources the players have while the internal capital stands for the ingame resources they have. The players can use these resources to affect their gameplay and the ingame world. A good example of a player using his external social capital within the video game is where he joins EVE Online with real life friends. He then gets advantage over those players without friends. Of course, this is not the only thing that matter in the game world, just an example of a small advantage. The player might not even be thinking about this advantage. They might just want to enjoy the company and the social aspect, but reaching that goal would still be based on their real-life social capital. 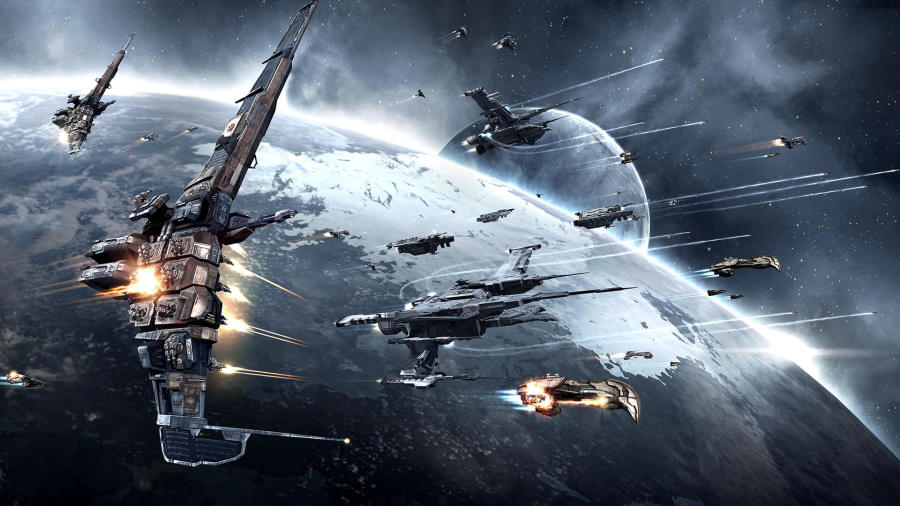 In many cases the social experience is the players biggest enjoyment of the EVE online. The interviewees described how the people they played with were more than just names on ships. They were real people whom they cared greatly for. Many had made very close and serious relationship over many years. Here‘s an example of a player describing his experience:

We have made tons of really good friends and it‘s just awesome, and maybe not people you meet every day. But there‘s always this connection, a bond between you and the players you‘ve met, EVE is just something that connects us. ... I remember especially during one Christmas, we were just hanging out on skype playing EVE together for hours and hours. It’s one of the most fantastic experiences I‘ve ever had. ... People were sharing things, helping each other and for me, it was more about the company than anything else.

The players were in many cases the main reason why people kept on playing EVE Online. The game was basically the glue that kept their virtual social world together, their internal social capital if you will. Internal social capital is however not always something just stuck in the video game world. In every interviewees case they had developed a friendship that translates over to the real world. Sometimes the friendship brought on some economic benefits, like an access to friend’s house for vacation in another country. In an extreme case a friendship might even end up in marriage.

The second capital discussed in the paper was the economic capital, which usually represented currency ingame called ISK, or real-life currency. The movement between the internal and external economic capital was discussed by the interviewees in couple of ways. First regarding people selling ingame items for real life currency and vice versa. However, this of course is highly illegal in most video games and will result in a ban. The other movement was quite simple, and it was the exchange for real life money for ingame time or other benefits through CCP.

The third capital is cultural capital and was mostly analyzed in the players behaviour and what kind of people they liked to play with. Most people play with those who speak the same language. But the difference between players nationality can appear in more than just the language. They can have different social rules of what might be right or wrong, how to behave in certain situations, what is socially acceptable and what’s considered taboo. The real-life personality translates into the game and can affect what kind of group player becomes a part of. But of course, like other capital, people ingame can affect the real world in more ways than just perspective, both in a negative and positive way.

The fourth and last capital is symbolic capital. It appeared when people and groups got recognized in the game, even got famous for certain actions. However, their repetition could be both negative and positive, based on perspective. This symbolic capital could even reach out of the game, where certain players got known in the real world. The interviewees also mention some examples of where external symbolic capital had moved into the game. There some celebrities started to play EVE Online got instantly known and respected by the community. 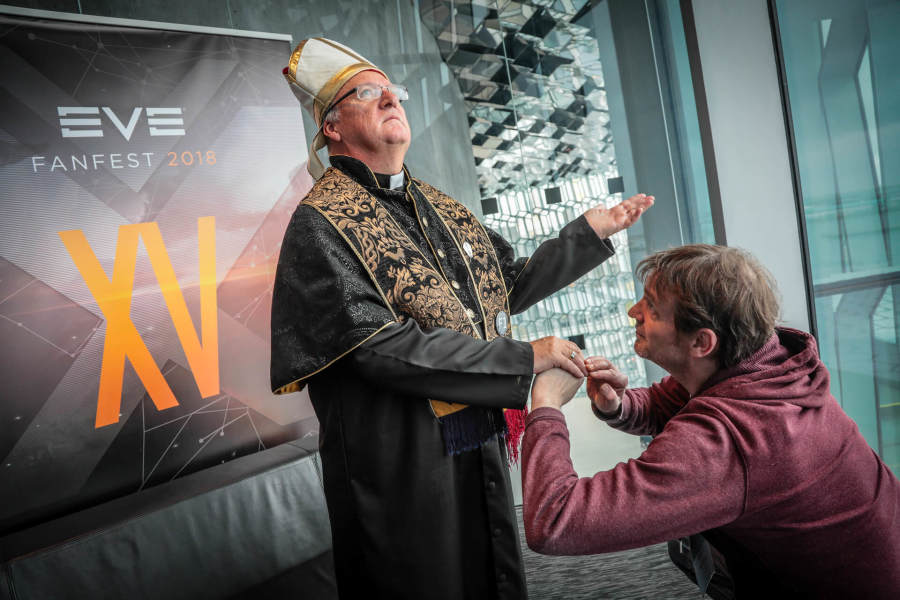 The final conclusion of the paper closed the loop on how EVE online and the real world connects trough the actions of the players. They have the capability to use both internal and external capital to affect their ingame and their real-world surroundings in a major way by playing the game. A great example is EVE fanfest which is a huge festival which effects the real society in Iceland in a major positive way. The festival is something wouldn‘t be possible without the influence from the virtual world of EVE Online world and its player base. But in the end, for so many players EVE Online is something that’s been a part of their life for a very long time. Trough the game they made some serious social connections that translated over to the real world and sometimes not. But for them and so many more, EVE Online is so much more than just a game.