As EVE’s major new narrative-driven expansion Uprising approaches, you can start gearing up for the big day by testing the Frontlines and Advantage systems on the Singularity test server now!

The new Frontlines feature in Factional Warfare (FW) will draw pilots closer to the borders of their opponents and present new rewarding challenges that focus capsuleer efforts towards key, emerging conflict hot spots where empire history will be written! Systems in a FW warzone can have different operational states which are designated as follows:

The operational state of the FW system will determine its properties, such as specific system effects, spawning of sites, Loyalty Point (LP) rewards, and victory point gains. For example, any LP earned through activities in a Frontline system will be subject to a 50% increase in rewards! Command Operations systems will contain standard LP rewards and specific Command Operations sites which are potentially less dangerous than Frontline systems.

The new Advantage system – also ready for you to try now on Singularity - allows you to give your chosen faction an edge in FW. This edge can be achieved by obtaining a terrain advantage through ownership of adjacent Frontline and Command Operations star systems, through the completion of activities and sites in the FW warzone, and by deploying anchorable, player-built Propaganda Structures. The more involved and victorious your faction is in the warzone, the greater the effect will be on your side’s victory points! 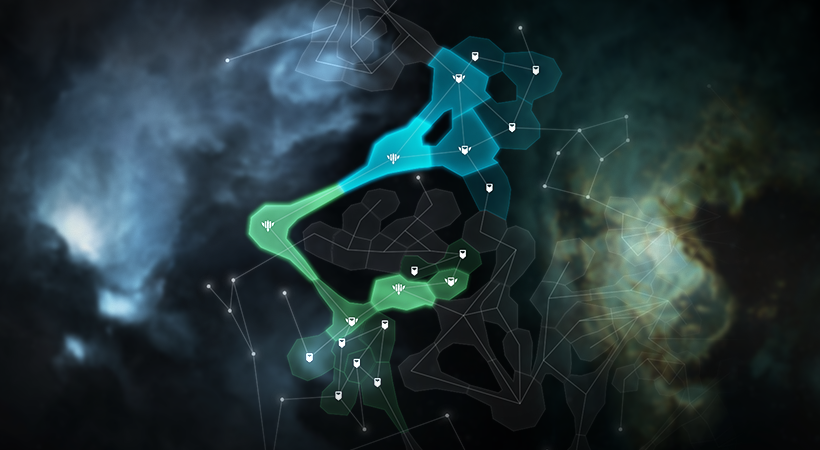 What’s more, to add even more fuel to the building fire of Uprising and the tests on the Singularity test server, we will be hosting a Frontlines wargame on Singularity with some cool rewards on Tranquility for capsuleers and player corporations who distinguish themselves! The wargame will commence on 26 October, with more details to be provided in a follow-up news item coming very soon.

Get involved with the Singularity test now, and Frontlines wargame for the chance to gather data, become more familiar with the new systems, and be ready to fight for your empire when Uprising goes live in November!