One of the most overlooked aspects of EVE Online is the market. The men and women who prowl the trade lanes, looking for deals that can turn them rich, don't get the acclaim that the FCs and alliance leaders of EVE receive. But they're still making it big. There are several blogs who have lifted the sheet on the practice of the marketeers, with K162 Space being a leader among them.

K162 Space was not always a market-oriented blog. Back in the summer of 2009, the industry-focused group called Infinity Miners Union were looking for a new challenge. When Apocrypha hit and wormholes opened, they heard rumors of vast Arkonor fields contained within.

“The mechanics of scanning and entering wormholes were completely foreign to us at the time,” says Blake, the author of K162 Space. “Lured by the prospects of vast wealth, we packed up a few small industry haulers, scanning frigates, POS materials, and Mining Barges and started our adventure.”

Like many others who have tried out wormholes, they quickly discovered that life in wormholes was a lot different to life anywhere else in EVE. The lack of local or persistent connections to known space, as well as having to constantly live out of a POS, made it the polar opposite of high sec mining.

They quickly discovered they had stories to tell, including adventures getting a Rorqual into their wormhole, an almost-catastrophic April Fool's plan, and developing defensive plans. A blog format seemed the most appropriate system to sharing these stories. Says Blake, “If we were making a profit doing a certain activity, we were going to tell you details with advice on how to optimize the task backed up with data.”

When the corp was first strip mining wormhole space, they wanted to record the notion of discovery they were feeling. “There were few resources available on the mechanics of mass collapsing wormholes to cycle connections, the best method for quick POS and asset migration …, and general defense and anti-ganking techniques,” Blake recalls. “We faced new challenges as we moved up the difficulty chain and eventually into a C6 wormhole, often times running into powerful player groups.”

Unfortunately, real life commitments caused their wormhole presence to eventually collapse. Blake moved on to null sec. However, unlike many, he did not jump into the poll of null sec combat pilots. Instead, he took the rather different tactic of supplying local markets with materials. “I was more interested in logistics coming from a wormhole lifestyle,” he relates.

“What lured me to EVE was the prospect of becoming an industry mogul. After a few years of taking in profits from wormhole space and nullsec trading, I got to a point where I could finance a capital production line on my own.”

Along with this shift in focus, so too has the blog shifted. He began relating the challenges, results, and code behind any of his major efforts in the game.

Much of K162 Space's most recent activity has been centered around cornering markets in EVE. Blake began to look at market data to develop trading metrics. “I quickly found that I wanted to do more gymnastics and manipulation of the data than I could do with sheets.”

Luckily, he has a background in Computer Engineering that had exposed him to C and C++ programming languages. A long time friend in real life, James Bryant, is a LAMP advocate and helped to bring Blake into modern database driven web applications. “We collaborated over many months,” Blake says, “and eventually wrote a basic profit tracking system that will be published as a public GitHub project to enable further development and fixes.”

He's taken most of the working dataset from the API transaction history of his own characters' wallets, along with historical market prices that he has been storing in a database. He's posted many of the SQL queries that he's used to parse and sort data.

Despite having no formal education in economics, he has managed to use the basic mathematical concepts of mean, median, mode, range, and standard deviation to work. He starts his workflow with a question such as “Why is the Ishtar producing more profit than the Zealot this quarter?”

The first place he looks is the metagame. “Has a large alliance recently shifted doctrines?” he asks. “Has a rebalance corrected weaknesses in the hull? If there isn't a metagame reason, I usually hunt for a statistics or economic concept that can help explain what I am seeing with the data.

“When I was living in Chicago, I was working on an IT infrastructure team at a research institution that was running a database driven, real-time financial index. The parallels of the architecture and goals of my EVE related project matched what I was supporting at work; I had the opportunity to get input from people that were recording and developing strategies on real-world markets.”

Coming from an IT background, part of the fun for Blake and James in creating the system to manage their trading ventures was the optimization of data; how they could index, parse, and query their dataset more efficiently. These types of ideas eventually migrated into the blog as their focus shifted over time.

Much of Blake and James's wisdom and methods can already be found on K162 Space. But for those looking to start out in the world of trading, he recommends everyone start with a final goal in mind. “Do you want to become a regional tycoon? Feed local corporations with PVP materials? Create a resource hungry capital ship production line?”

He warns it may take time in the span of months of years, it may involve failing and starting over from nothing, it may involve building and back-stabbing connection, and it may never work out. But he recommends, “Don't be afraid to try and use resources such as forums or blog posts. Chances are that what you are trying to do has been talked about before, so use the resources and contribute to the community.” 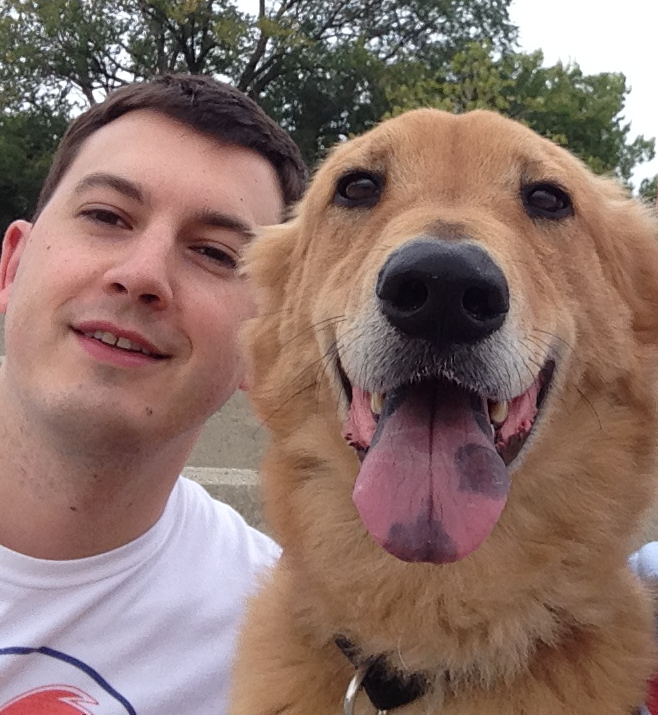 Blake talks with Raath Nambode and Lockefox on an almost daily basis and want to write more how to develop and support their projects. “I know the content of the blog may change as my interests shift, but I will endeavor to keep posting about whatever interests me at the time.”

Blake mainly works with Raath as his main industrial partner, to help make sure that their production lines are stocked and constantly in motion, while Blake performs research travel to various locations of conflict to watch how the market performs.

In real life, he's recently moved the family to California and is enjoying all the activities the state provides. He's a new dog owner and enjoys spending time with his golden retriever. He also enjoys athletic endurance events and competes in open-water swim competition.

He wants to share, “If you have never been to an Eve meet up, large like Fanfest or small at a local pub, I highly encourage everyone to go to at least once. The amount of people that want to share stores of a major heists, talk about an iconic person that is on your shared voice comms, or even just share an interesting story is numerous. Enemies in game will most likely buy you a drink and want to share a tale of how they barely got away that one time.”