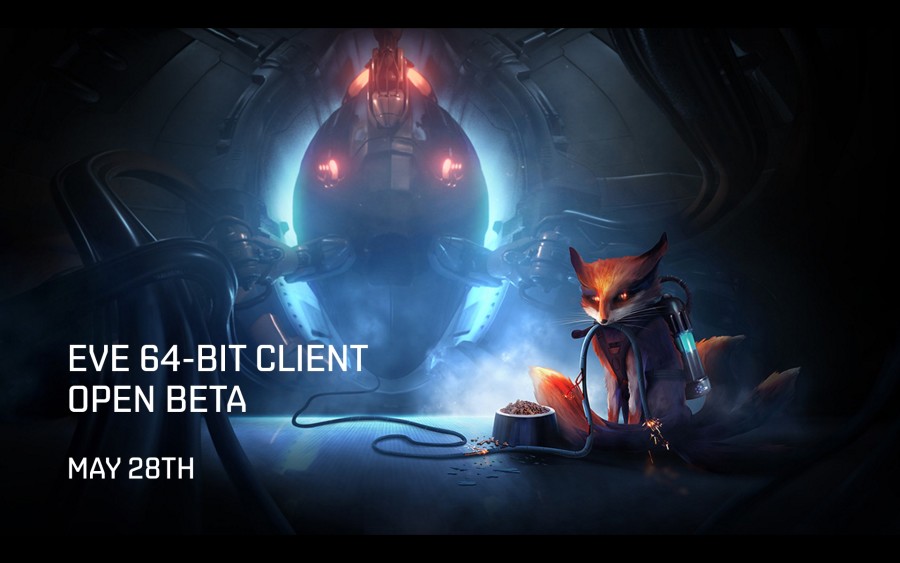 The Australian leg of the EVE Invasion World Tour is currently in full swing at EVE Down Under, and as part of the EVE Keynote over in Sydney, we’re delighted to announce that pilots across the cluster will be able to join an opt-in open beta for the 64-bit EVE client with the release of the summer expansion for EVE Online.

With the launch of EVE Online: Invasion on Tuesday May 28, pilots will be able to switch their launcher over to download the 64-bit client for EVE Online if they wish to do so, as we finalize its rollout toward the summer.

Eventually the 64-bit client will become the standard for EVE, replacing older 32-bit architecture. For now, the two will run side by side as we beta test 64-bit clients on Tranquility.

We’re super excited to deliver a 64-bit open beta for EVE well ahead of schedule, and a huge part of our ability to do that has been the incredible support we’ve received from the EVE Online community with testing and bug reporting on Singularity.

The Community has been incredible in their support for the transition to 64-bit client architecture and have been a driving force behind making sure we could deliver the client so rapidly. The release of the 64-bit client represents a key modernization moment in the sixteen year development history of EVE Online and is a substantial milestone in our continued investment in EVE, so it’s incredible to see how much the community has embraced it so far!

There’ll be further information with the deployment of EVE Online: Invasion next Tuesday, including instructions on how pilots can switch over their clients to the new 64-bit version if they’d like to opt into the open beta!

Huge thanks to everyone who chose to take part in the 64-bit mass tests and provide incredibly valuable feedback.