CCP Chronotis' previous blog on Dominion's new Sovereignty system gave you a broad overview of the available upgrades and the system that enables them.  Today we are going to delve a little deeper into the inner workings of the upgrades of space available to you through the new Infrastructure system in Dominion and the various factors surrounding them.  Let's start with answering a few of the more common concerns that have arisen from your feedback so far.

I thought you were getting rid of ‘Sov levels' but now I see there are five of them?

Think of them less as Sov levels and more as time-based indices.  These are needed in order to preserve the game play centered on your commitment to your space.  Another point to be clear on is that these time indices are applicable only toward Strategic upgrades.  They have no bearing on your Military or Industrial upgrades.

I want to take my enemy's upgrades but I'm forced to destroy the Infrastructure Hub. sadface

Here is a screenshot of the Infrastructure Hub: 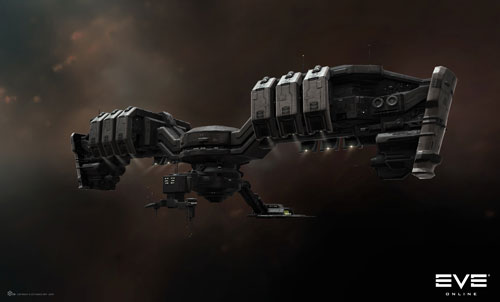 Originally we considered allowing the I-Hub to be capturable but the more we discussed the idea the more we agreed that it would be a bad idea to allow an invader to capture a Hub and then be able to deploy a cyno jammer five minutes later.  However, we did want to preserve a sense of "I want to take their stuff!" so what we've done is disconnect the activity-based indices from the Hub.

Let's say your bloodthirsty hordes want to take a break from marauding and decide you would like to mine for a couple of months (totally happens).  A nearby alliance has developed one of their systems to have the most awesome mining available (Level 5 Industry).  You mobilize, move in and take over their system as detailed in my previous blog.  In the process of this you have to destroy the Infrastructure Hub and the upgrades, but fear not!

Once the evil care bears have been driven from your new home, you can online your own TCU and Infrastructure Hub.  Once that is done you will notice that while you do not have the upgrade installed that allows you to use the developed space, depending on how long your conquest took (and Industry-related activity ceased), the actual Industry Index has gone down only slightly.  Move quickly to install the proper upgrade in your I-Hub and you now have immediate access to all those lovely rocks.

How do these Decay rates work?

The decay of indices takes place gradually, but if all of a particular activity-based index completely stops, you can expect to lose one level of an index approximately every four days.

Let's talk about money for a minute.  We have adjusted the upkeep costs from the initial blog and this is an up to date snapshot of where they have settled.

There are no upkeep costs for your isk-generating upgrades, just the Strategic / structure-based ones.  We feel this is a fair way of doing things and allows us a good base from which to move forward as we consider what other features we might add in the future.

We got a lot of feedback on the upgrades so let me delve into that for a bit.  Many comments have been made about the number of players that these upgrades can support.  Please bear in mind that any estimates made on this are just that.  What we would like to do now is walk you through the various upgrades that will be available in Dominion and explain what they are and what benefits they will provide you.

Note - Not all of the names of the upgrades are final.

"These upgrades allow your systems to have additional hidden asteroid belts and mini-profession sites."

These are hidden asteroid belts and you get one site guaranteed for every level of upgrade to a maximum of five.  These are not the typical hidden belts though.  If you've ever been into wormhole space and seen some of the riches there, then you have an idea of what to expect.  Within these hidden belts reside mythical beasts such as ‘King Arkonor' and many of his closest friends.

These sites will re-spawn every downtime, so even if you do not mine out every rock, there will be fresh ones waiting for you the next day.

This upgrade provides a variety of salvage & archaeology sites to explore.  Every level of upgrade will give you an increasing chance per level increase in being able to find one.  These sites run on a 12 hour re-spawn delay.

"These upgrades allow your systems to have additional anomalies and other exploration dungeons within your space such as encounters and complexes and wormholes."

Each level of this upgrade gives you four anomalies per level, each of which re-spawns instantly upon completion.  This mean that at Level 5 you are guaranteed to have twenty anomalies at all times in a system.  These are basically dungeons which spawn waves of NPC's for you to happily shoot.  The top level anomalies in terms of ISK per hour are among some of the most profitable content in the game.

These anomalies are awesome because there is a constant supply of them and there are no skill requirements to scan them down.  They can be found by anyone using the onboard scanner with a 100% success rate.  Basically, if you are in a system that's small enough to be covered by one probe, you will get the full list of available sites instantly and you can warp to them.

These anomalies also have a percentage chance to spawn NPC faction commanders, as well as escalate to other dungeons.

These are chance-based on signatures to gain access to DED complexes.  Every level of upgrade increases your chances of finding both a signature and a higher level DED complex.  Upon completion of running the site, there is the possibility of finding another one (no waiting until next downtime).

This one is simple and every level increases your percentage chances to discover a wormhole in the system.

"These upgrades allow the anchoring and on-lining of the current and any future sovereignty dependant structures like Jump Bridges and Cyno Jammers."

These are the most familiar already to you, so I won't waste time detailing what each one of them does again.  What I will say though is that there is great room for expansion in this area and we are going to try to make future strategic upgrades both interesting and dynamic.

One update to an old feature that we've revisited is that of being able to upgrade your player built outposts with expanded or additional functionality.  Some of these upgrades are very useful but due to their past costs were deemed uneconomical.  So, while the mechanic and feature itself will remain the same, we have greatly reduced the costs associated with the Pedestal and Monument Upgrade Platforms as well as the actual upgrades themselves.

Things we have changed based on your feedback

Your comments do make a difference so, in review, here is what we have done so far:

We realize that expectations for Dominion are high and we want to again say that the new sovereignty system we are introducing is a very big first step in what we want to be a continual iteration process.  The upgrades we are making available in Dominion are just the beginnings of a system that we plan to expand upon in order to enable players to turn their sovereign space into hubs of economic activity or military fortresses.