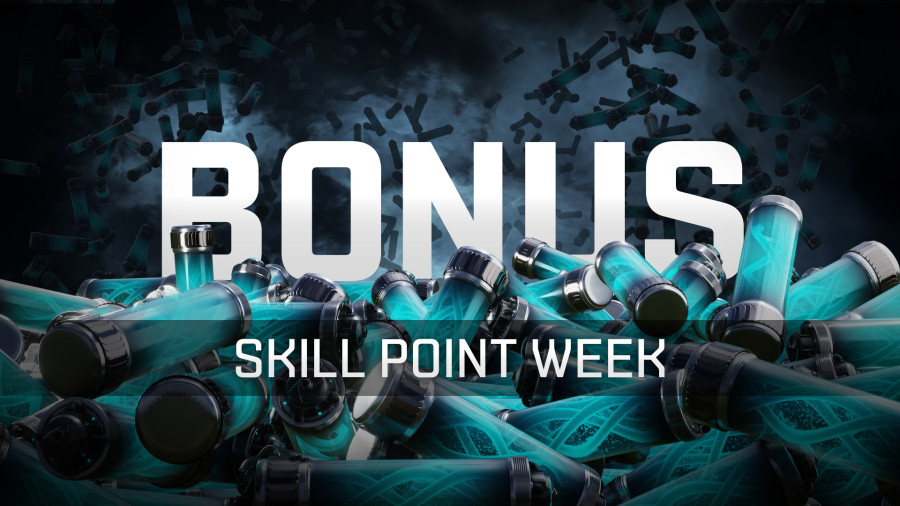 We're super happy to announce that as of downtime today, a bonus skill point week has kicked off as part of celebrations in the run up to Halloween!

Log in every day throughout bonus skill point week between today, October 16th and Thursday, October 24th to claim additional unallocated skillpoints that you can use to boost your training queue.

In addition to this, there's also standard and advanced cerebral accelerators that will speed up training times for a limited period.

HOW DO I CLAIM MY SKILLPOINTS?

In order to claim your skill points, all you need to do is log in to EVE and follow these simple instructions on the character selection screen:

Congratulations, you've claimed your skillpoints for the day and can log into your character to apply them to your skill queue!