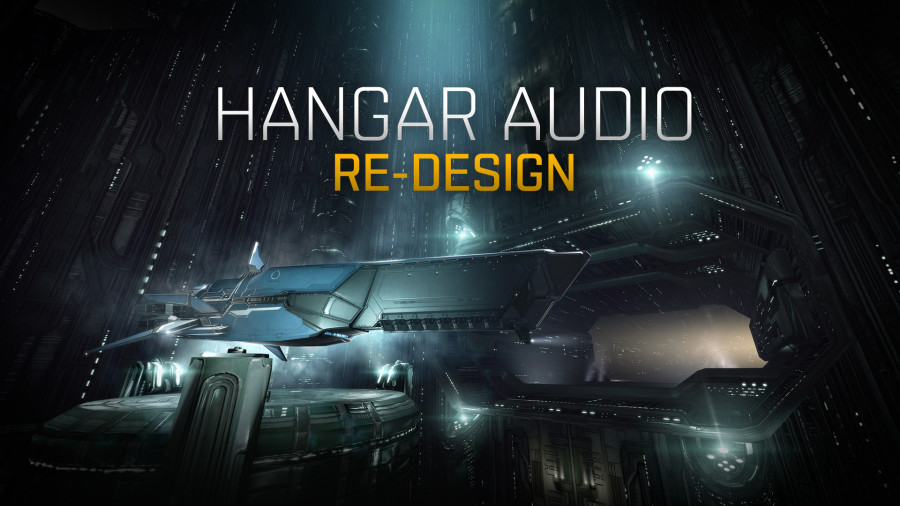 Today we would like to share with you one of the cool projects the Audio Team at CCP has been working on behind the scenes. Same as with our other efforts to set EVE Online for a thriving third decade the Audio Team took a critical look at the current music and sounds that accompany pilots across the New Eden when docked in hangars and stations.

This area of the game has not been changed for quite a while now and the team really felt like it could use some improvements to achieve a more modern-sounding environment that can also be dynamically changed based on various external factors.

One of the goals was to create a different sonic signature based on factions, player stations, and Citadels. For example, we want Minimatar to use a foundry background feel that is mixed with loads of random and diverse low-tech sound emitters: big pipes adding low frequencies, welding at different distances and metal scraping to make the environment more alive and sounding overall metallic and rusty. To make it really unique, the team went on a field recording trip to a big steam factory in the UK where they recorded specific and unique sounding metal and machinery sounds

Some of the original background sound from the current EVE hangars have been kept, re-mastered, and mixed into this new environment to keep some of the original flavors. What’s really exciting is that we will be able to trigger different individual elements depending on how many capsuleers are docked in a station, to make the environment sound more or less busy.

To have something unique we ended up going quite deep in the process of re-designing those hangars. Currently, we are in the process of re-creating the acoustic rendering of those places with some custom recorded reverbs. The Caldari is using a custom-made tonal laboratory background sound, mixed with some high-tech sounding randomized audio emitters as well as object-specific sound emitters like the big lighted tube in the middle of the hangar which is sounding like the pulsing heart for this space.

The PA announcements in those videos are placeholders used to illustrate how they change the environment making it more alive and tangible. However, when the hangar re-design hits the live servers in the near future we are aiming to have unique lines for each New Eden factions.

Starting today for the next couple of weeks we are accepting suggestions for faction-specific lines that will be later reviewed, recorded and added into the game! Before you head over to the dedicated thread on official EVE Online forums to share your ideas, please familiarize yourself with these simple criteria:

Capsuleers, we need your announcements! Contribute to shaping the servicing infrastructure of space.