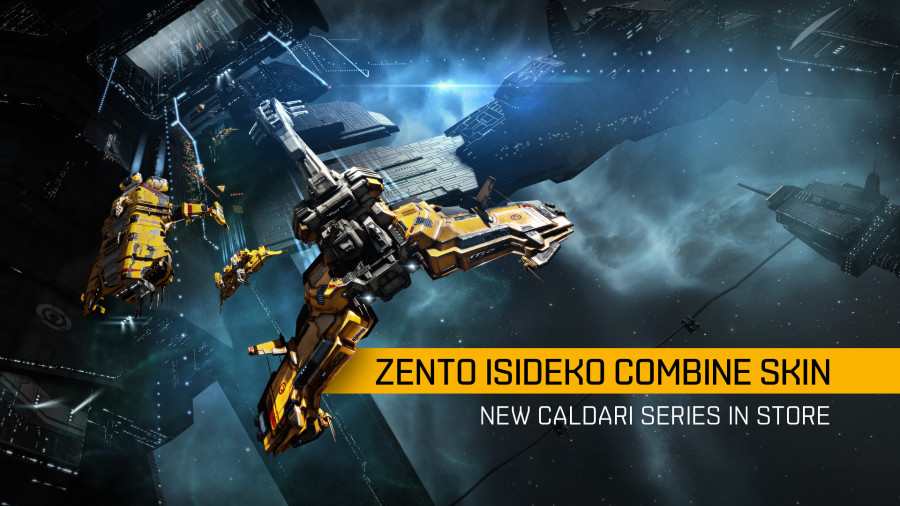 Pay tribute to a powerhouse of the early Caldari corporate era and add these awesome SKINs to your collection today.

"Now owned by the Sukuuvestaa megacorp, the Zento Isideko Combine represents the final fate of an old industrial concern from the early corporate era of Caldari society. Founded in the wave of corporate developments and consolidations of earlier business forms in the decades that followed first contact with the Gallente, Zento Isideko Combine was typical in its aspiration to become an interplanetary conglomerate in an era of enormous cultural and technological upheaval for the Caldari people.

Led by their visionary founder Foss Kriistavaa, the Zento Isideko Combine rapidly became a leader in the construction of advanced transportation links across Caldari Prime and eventually realized the founding ambition of becoming an space-industrial powerhouse. Zento Isideko maintained its place in the upper tier of Caldari corporations for nearly 200 years, until the Third Sontogi Oskkaltiovone of 22714 AD brought it within the sphere of a corporate grouping that would eventually become the Sukuuvestaa Corporation.

After various corporate permutations over the centuries, the business is generally known as SuVee ZenIko on the stock markets. Even so, the old Zento Isideko Combine brand and livery is still used to distinguish the support fleets of the transportation construction, maintenance and security operations that the division carries out across the extensive holdings of Sukuuvestaa.