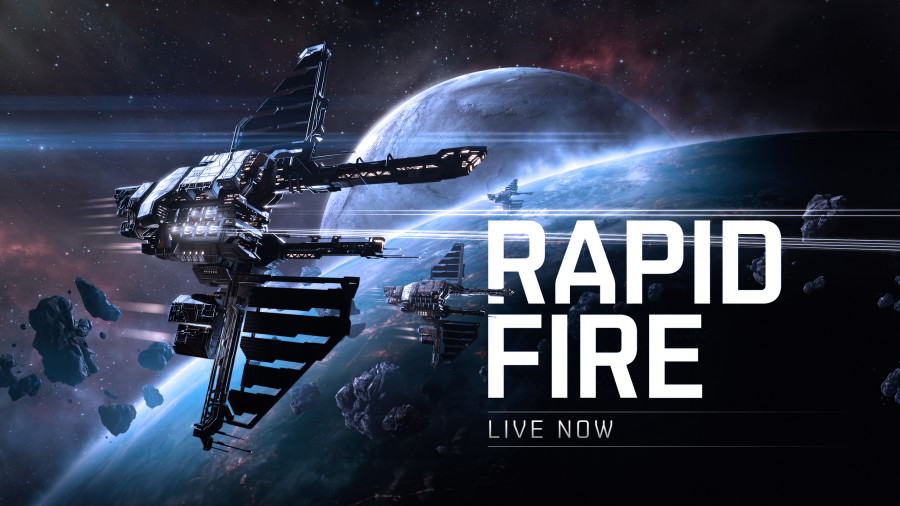 Power to the Matari fleet! The Rapid Fire update heralds good news for fans of the Stabber Fleet Issue Cruiser and Tempest Fleet Issue Battleship, as they are getting extra damage bonuses to their rate of fire. Medium Autocannons are also getting an upgrade across the board.

The Typhoon and Bellicose will be enjoying explosion velocity improvements, and the Muninn will be taken down a notch after a long period of fleet domination.

To coincide with the upgrades to Minmatar ships in the Rapid Fire update, EVE Online's New Eden Store is offering 25% off Snowline Bladeracer SKINs for the Stabber Fleet Issue, Tempest Fleet Issue, Rifter, Typhoon and Bellicose! In addition, the NES is offering 50% off the same SKIN for the unfortunate Muninn, to make up for the recent changes.

The NES sale on the Snowline Bladeracer SKINs lasts until 11:00 UTC on 3 December, meaning there's no time to lose!

If you would like to discuss this update with other pilots, please visit the dedicated forum thread for the Invasion Chapter 2 release.