From Wormholes With Love and Guardian's Gala 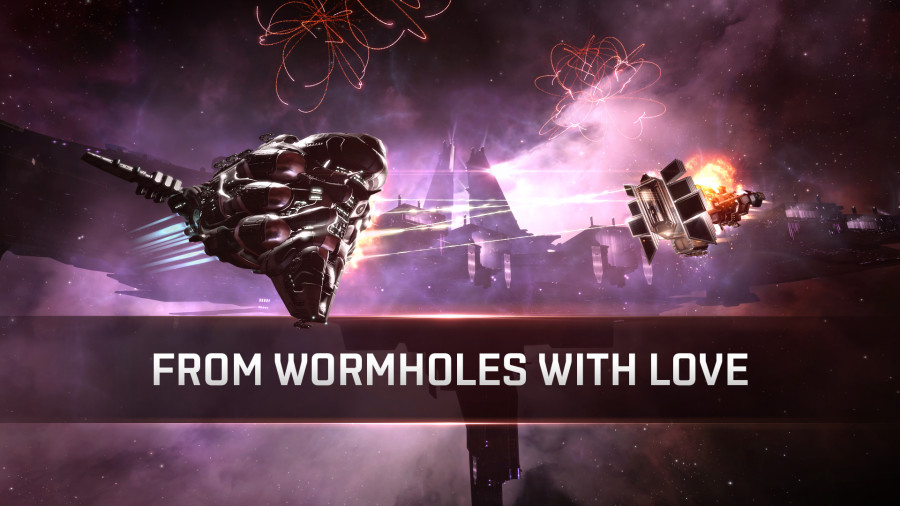 It's been an amazing 11 years since wormholes were first introduced as a feature to EVE Online as part of the Apocrypha expansion in March 2009, allowing Capsuleers to explore uncharted regions of space through those unstable gateways to the unknown. To celebrate this anniversary, and this amorous time of year, wormholes are receiving a loving update!

FROM WORMHOLES WITH LOVE

The main thrust of this update that will arrive next Tuesday is added connectivity. The chance of connections appearing between wormholes is going to increase greatly. Look out especially for added roaming connections between high class wormholes!

We’ve also made changes to a certain Drifter NPC who loved the Astrahus a little too much.

To further celebrate wormholes, EVE Online's New Eden Store will be running discounts on SKINs belonging to ships that are often used by Capsuleers in wormhole space. Starting at 25% off, there are offers on the Sisters of EVE One Eden Bundle, the Heron Zento Isidenko Combine SKIN and more. The sale starts at 11:00 UTC on 11 Feb and finishes at 11:00 UTC on 18 Feb.

This year, the Guardian's Gala - the annual get together for the Angel Cartel and Serpentis pirates to celebrate their spoils - is not only taking place in k-space, but there will also be more challenging sites with more unique rewards in wormhole space! Running from 13 to 24 February, the rewards for Capsuleers who successfully gatecrash the outlaws' celebrations will include the new Savior Angel Cartel Logistics Implant Set.

In addition to the above, there will be a limited time increase in loot drops from PvP in wormhole space to coincide with the Guardian's Gala event. This will be happening between 13 and 24 February, so make sure you're ready for it!