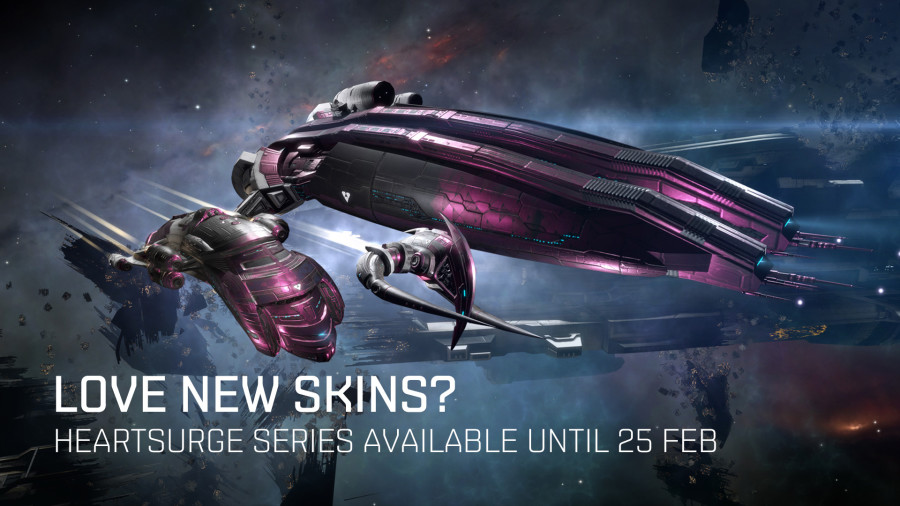 Get the new Heartsurge SKINs from EVE Online's New Eden Store and show your Confessor, Dramiel, Cynabal - and more - some love! Act fast, this SKIN will only be available until 11:00 UTC on 25 February. <3

The Heartsurge SKIN is available on the following hulls:

There are various bundle options for the Heartsurge SKINs available with a 10% discount.

We’re also bringing back the Eros Blossom Firework and Cherubic Heartburst Firework in store to celebrate this loving season further!

Plus, to celebrate the From Wormholes With Love update, there are SKIN offers on several of the most popular hulls for wormhole exploration, including covert ops SKINs, SOE One Eden SKINs and more! These offers run from 11:00 on 11 February until 11:00 on 18 February.

So don't miss this chance to pick up those items - they may not return for some time!