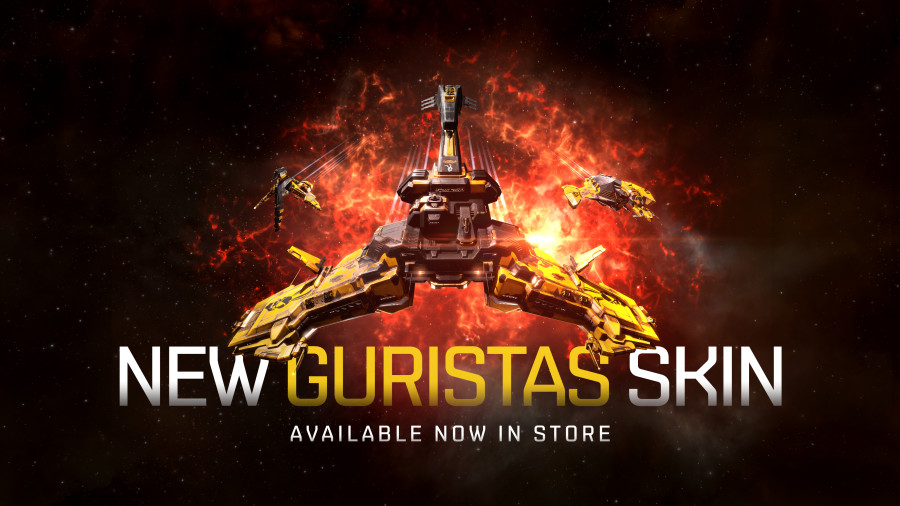 The brand new and absolutely striking Helmatt's Harriers SKIN is now available in EVE Online's New Eden Store for three Guristas hulls, those being the Gila, Rattlesnake and Worm!

This SKIN pays tribute to the notorious and brash Guristas combat pilot Lucash Helmatt, whose personal wing of raiders, the Harriers, are feared far-and-wide. Lucash had all Helmatt's Harriers ships painted in bright and disruptive yellow and black with an eye to intimidation and maintaining his personal notoriety, an inspiration that is clearly visible in this series of SKINs.

The New Eden Store will also be running a 33% sale on selected SKINs between 9 April and 23 April, with different SKINs enjoying that discount on the two separate weeks. Finally, the Hostile Takeover SKIN line will be retired after 16 April, so act fast if you want to add it to your collection!