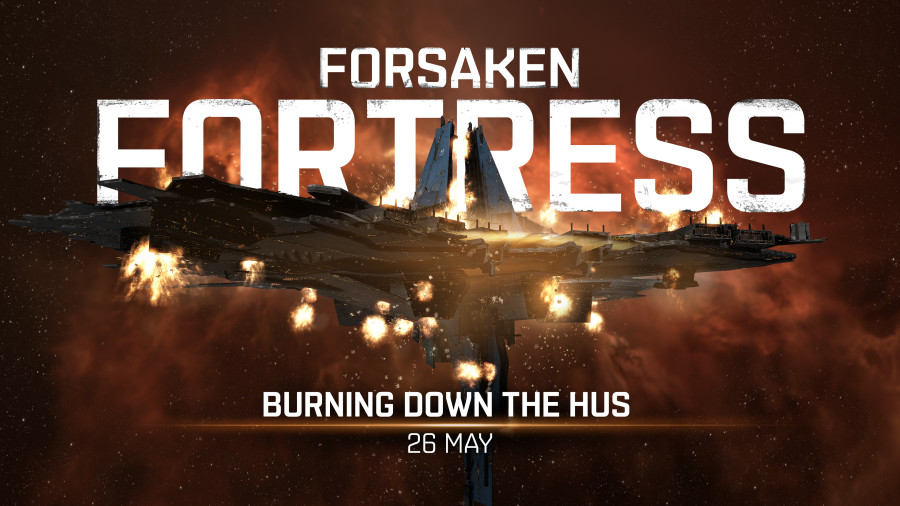 Coming 26 May, further improvements to the gameplay mechanics of structures will be introduced in the Forsaken Fortress update as part of the Eclipse Quadrant.

Since the introduction of structures with the Citadel expansion, thousands of structures have been built in New Eden. Many of these structures have been used for a variety of purposes by players, with some structures acting as Headquarters, key strategical beachheads, or even as logistical warehouses. For some of these structure deployments, their use may have dwindled over time to the point where they are no longer maintained by their owners. As a result, these forsaken fortresses proliferate in space as ambitions, conflict, and entrepreneurs rise and fall in New Eden. Cleaning up your sovereign space by removing these abandoned structures can be a frustrating experience, a topic that has been brought up by the community and CSM alike.

In the continuing journey to frequently iterate, there will be changes made following the last structure update of Kicking Over Castles, from 10 December 2019. The Forsaken Fortress update will introduce a new structure state - 'Abandoned' - alongside the existing Full Power and Low Power states to formalize the mechanics of structures being abandoned. This will apply to both standard structures and FLEX structures. In the update, structures will transition from Low Power to the new Abandoned state if they have not consumed any fuel from service modules for 7 days.

When a structure enters the Abandoned state, the following structure abilities will no longer be available to it:

Onlining a service module in a structure that is in the Abandoned state will return it to Full Power, restoring its abilities provided that the structure is not damaged, as service modules cannot be onlined for a damaged structure. If a structure survives through a Hull Vulnerable repair cycle and transitions back to the Shield Vulnerable phase, then the service modules will automatically attempt to re-online themselves, provided there is fuel available to do so. This is important in order to ensure that a Full Power structure with sufficient fuel cannot be prematurely forced into the Abandoned state by pushing it through a hull reinforcement and then allowing it to repair.

As mentioned earlier, this update to structure mechanics follows the topics and discussion in the community from the previous update to structures - Kicking Over Castles. As the journey in 2020 with EVE in Quadrants continues, it is hoped that these regular balance changes, game health improvements, and permanent meta changes continue to excite you and bring about further discussion to engage in.

These changes will be coming live to the Singularity test server soon, so keep your eyes peeled for further communications on that from the EVE social media channels.

Until then, Capsuleers, fly safe o7

If you'd like to discuss this dev blog please join the forum discussion to give us your thoughts!

Q: Will structures be immediately abandoned as of patch day if they meet the criteria?
A: We don’t start the clock on abandoned structures until the update is live so there will be an additional 7 to 8 days before the first structures enter abandoned status. We’re adding a random 24 hour ‘jitter’ to the timing on when a structure transitions from low power to abandoned status. This means that no time zone will get preferential treatment, particularly on the initial goldrush.

Q: Does this apply to just nullsec?
A: This applies to all upwell structures across all of EVE: highsec, lowsec, nullsec, and wormholes.

Q: How does loot drop from abandoned structures?
A: This will function exactly like structure loot currently does in wormhole space. Hangar containers for each player who had goods in the station will drop to grid. Everything drops.

Q: Will there be any changes to EHP or damage caps for abandoned structures?
A: No. Low powered structures already have significantly reduced EHP so the process won’t be quite as much work as shooting through all 3 reinforcement stages of a high powered citadel.

Q: How will players know they have items in a structure that is about to go abandoned?
A: This is still being explored but we will likely indicate this somehow in the assets UI in addition to notifications.

As this feature is still in development any of these answers may change before the final release. We will let you know about any changes as soon as we can.