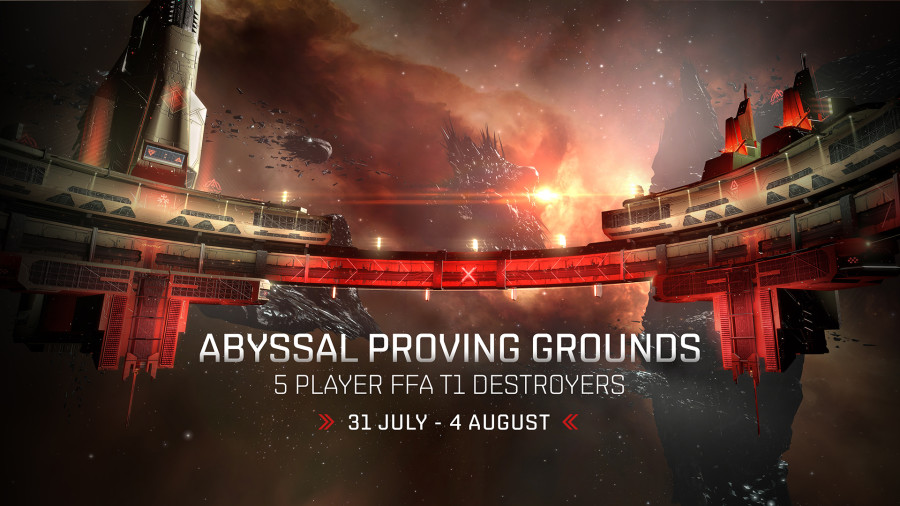 The second Abyssal Proving Grounds event is now live in EVE Online, so make sure you have your Proving Filaments handy either from Abyssal Deadspace loot drops, or from the in-game market!

Until 11:00 UTC on 4 August, you can engage in 5-player Tech 1 Destroyer free-for-all combat, meaning that the permitted hulls for this event are the Corax, Cormorant, Coercer, Dragoon, Thrasher, Talwar, Algos, Catalyst, and Sunesis.

In even more exciting news, the leaderboards are now up and running, so you can keep track of Capsuleer performance and prowess in this event!

You can also get 30% off selected SKINs such as Oasis of Faith, Zento Isideko Combine and Snowline Bladeracer for the above Destroyers at EVE Online's New Eden Store until 6 August, so make sure your ship looks its finest for combat in the Proving Grounds!