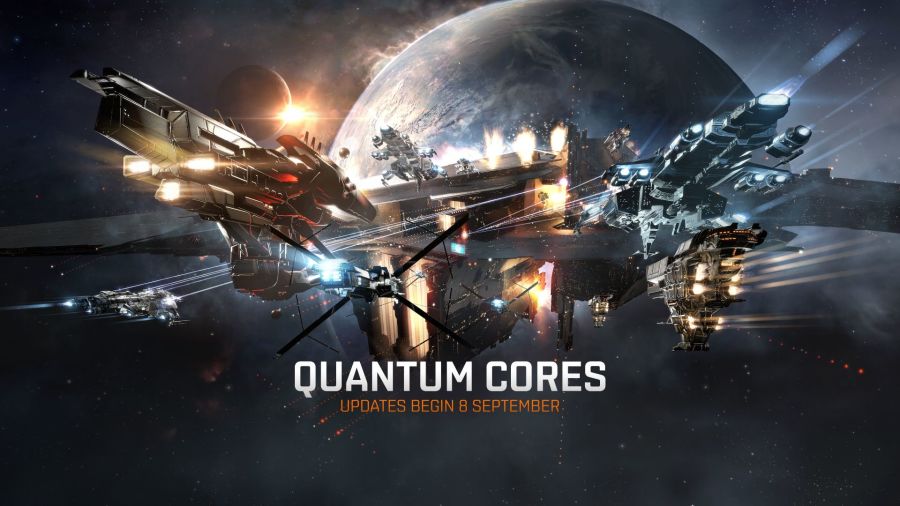 In the continuing efforts to revisit and iterate on core gameplay features of EVE, a new update to Structures is coming. These upcoming changes will have a timeline associated with them which you can read about below.

In the next release on 8 September, Quantum Cores will be introduced, and they will be an integral mechanic of structure gameplay moving forward.

Here is an updated flow chart detailing the process for transitioning between structure state, with Quantum Core installation included in the new flow:

Each structure will require its own specific core variant to be installed. The table below reflects the required core for each structure.

Please note that the Faction Citadels and Palatine Keepstar will require Quantum Cores appropriate to their respective variants, the Fortizar and Keepstar.

All Quantum Cores will be available to purchase from the stations owned by these NPC Corporations:

The following NPC corporations will purchase Quantum Cores from Capsuleers:

There will be three distinct phases which will be communicated further closer to the time of each phase. Whilst the first one will go live on 8 September, the next phase will go live in October and the final phase in January 2021.

Beginning with the update on 8 September, Quantum Cores will become available on the market. This will allow you to begin acquiring them and moving them to your existing structures in space, or to prep for deployment of new structures.

All existing structures will have a new bay available to them, the Core Room. During the seeding phase, you will also have the ability to install the core into any existing structure's Core Room to be fully prepared for the future.

The second phase of the rollout will enforce the rule that Quantum Cores will be a required installation to complete the anchoring process for any newly deployed structures. This phase is expected to go live during the October update.

Deploying a structure in space will also include a notice of requirement for the installation of a core through the deployment UI window when choosing a structure name, profile, and reinforcement settings.

In EVE, death is a serious matter.

Many of the current efforts in the EVE ecosystem are focused on the consequences of player actions and the stakes required to make them. It should mean something every time you place a structure and every time you destroy one. At the moment, that isn't always the case. Deploying structures haphazardly to bait opponents is often seen by many as a good strategy, because razing them all down can be unsatisfying and laborious. By placing an ante in the core of every structure in space, the amount of structure spam will be reduced. The incentive and reward for attacking structures will be increased and the chance of both sides showing up to fight is also increased.