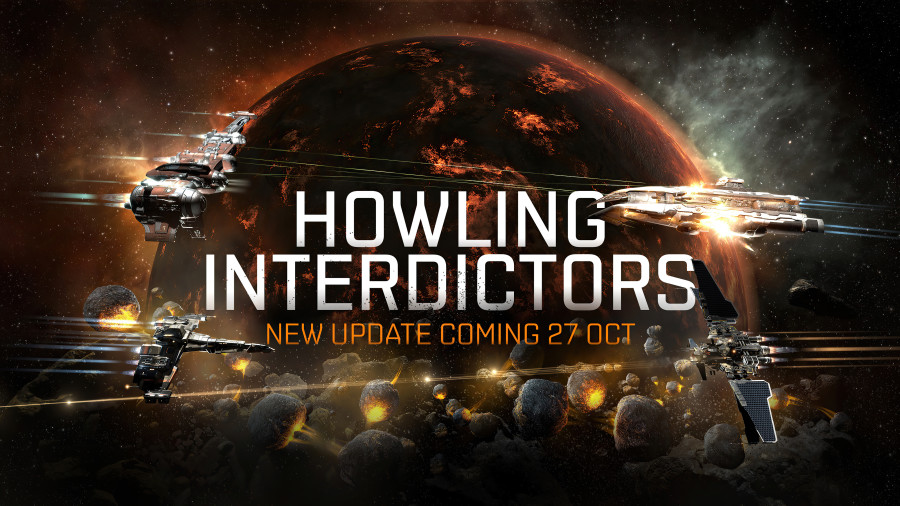 The new Howling Interdictors update is coming on 27 October, screaming its way into EVE Online, bringing changes, variety and balance to Interdictors and Combat Interceptors!

The choice of which Interdictor to use for a specific purpose in-game becomes more interesting with changes to Power Grid and CPU usage, velocity, ship bonuses and more to some vessels in this category.

The changes in full are as follows:

The update to Combat Interceptors will see the Claw, Crusader, Taranis, and Raptor receive a 100% bonus added to the benefits of overheating Afterburners and Microwarpdrives.

A new Stasis Webification Probe will also be introduced as part of the Howling Interdictors update, acting as a new charge type that can be used in interdiction sphere launchers. When used, it will drop a probe in space with a short delay until it explodes, applying a 30% web effect to all nearby ships which lasts for 30 seconds.

You can experience these changes on the Singularity test server as of Wednesday 21 October.

There will also be a 20% discount on individual Interdictor and Interceptor SKINs in EVE Online's New Eden Store, as well as 30% off the Interdictor and Combat Interceptor SKIN bundles, between 27 October and 3 November. The SKINs included in the offer are Oasis of Faith, Zento Isideko Combine, Inner Zone Vanguard, and Snowline Bladeracer.

Fly safe and fear the sphere!

If you'd like to discuss this update, please join the discussion on the EVE Online Forums.