Welcome to the first blog about Capital ships in the Citadel expansion in early Spring 2016.

This blog is about concepts and goals, it is not about numbers. The numbers will come later and there will be many more blogs to come, don't worry!

We want feedback from all of you lovely people. So post away in the comments. We'll be reading and replying. All the images shown below are concepts, mockups or tech demos. Once more for good measure: these are not finished designs and will change.

Before we started looking at details, we wanted to firmly fix the goal of the design for capitals

Time to reimagine and clarify capital roles. Currently, players choosing 'My First Capital' almost always chose a Carrier. They provide more utility than a Dreadnought through the use of fleet hangars, ship hangars, damage, and repair abilities.

We are going to level the playing field.

All capitals will now get:

We want both Dreadnoughts and Carriers to be a valid choice for 'My First Capital'. We're going to split off the remote repair role from the Carrier and instead they will focus on fighters and support abilities.

Their repair role will go to a brand new set of capital ships.

Four brand new massive internet spaceships! Force Auxiliary Capitals will take over the remote repair role from Carriers. They will be the only class able to fit the Triage module and the only capital class with bonuses to remote repair modules. They will have limited combat abilities of their own, being unable to fit any guns or launchers. However, we will be giving them a drone bay for self defense. They will never be the damage dealers of the fleet, but instead, they will become the new logistics backbone.

Force Auxiliary Capitals will also have Fleet hangars Ship hangars, and refitting abilities to all their fleet mates like any other capital.

We understand that a lot of capsulers purchased their carrier as a logistics platform. We don't have defined plans for a transition between existing Carriers to the new Force Auxiliaries, but I can assure you it is on our radar, and we'll be announcing the transition plan with plenty of time for everyone to get ready.

We have a vast range of balance changes to go with all of this. First and foremost...

Effective capital-based remote repair will be limited to Triage only

Remote-Repairing Carrier & Super-Carrier fleets will be a thing of the past. The N+1 nature of these tactics encourages enormous blobs and currently the best counter is to bring an even bigger group of your own capitals. The more carriers and super-carriers you bring, the more your entire fleet can tank. Under the Citadel expansion’s capital changes, the bar to killing capitals is limited to what a single Force Auxiliary in Triage can tank. If you can kill that, eventually you can kill the entire capital fleet...assuming you can stay alive and keep them tackled (smile)

The incredibly talented and endlessly creative players of EVE Online have taken combat refitting to its extremes. With some capsuleers refitting during combat from maximum shield resists, to max armor resists, and finally maximum hull HP to ensure they last as long as possible. Currently if you're shooting at carriers in a large group, which evercarrier you're shooting will refit to maximum tank to ensure that the remote repairs of its fleet-mates are most effective, while the other carriers fit to provide maximum remote repairs. Bring jamming support to counter this? They will refit ECCM on the fly. The Swiss-army knife nature of refitting capitals makes trying to balance them impossible. Anything you bring to fight them can be countered in seconds.

After the Citadel expansion, no ship will be able to refit while it has a weapons timer. The fittings you chose before the battle began become a lot more important and counterable. It is not impossible to refit...but you will have to wait out your weapons timer and, effectively, be out of the battle while you do so. We're considering adding a weapons timer to triage & siege modes...but we'd like your feedback on that.

No capital will have complete electronic warfare immunity

Yes, titans can be tackled by enough Rifters, or jammed by enough Falcons. We've got some interesting mechanics for this and I'll go through them one by one -

Warping: Supercarriers and Titans will have an innate warp strength of around 20 to 50. We haven't locked these numbers in and we'd love to hear from you on what you think is appropriate. Heavy Interdictors with a focus point will work as they do now, as will bubbles.

All titans, supers, carriers and dreadnoughts will have their HP re-balanced. The Hel and Nidhoggur will no longer be the black sheep of the family, and will have equivalent HP statistics. Titans and supercarriers will be receiving a cut to their total EHP. The current scale between ship classes currently looks something like this:

After the Citadel Expansion, it will be a little flatter. However, capital pilots will have more options to increase their EHP.

All existing capital sized modules will be getting a full set of Meta, Tech 2, and Faction variants. Yes, this includes Tech 2 guns (and the skills for them). We're also introducing a bunch of new modules -

All of these modules, HP and damage will be re-balanced in accordance with structures. We're not ready to release any figures yet, but watch for more devblogs full of graphs and spreadsheets! A few quick notes...

These will be re-balanced to the new Capital EHP levels. They will also have their effectiveness on sub-capitals greatly reduced.

New rapid firing anti-sub-capital weapon batteries are specifically designed to fire at sub-capitals. However their damage will be considerably lower than current XL weapon systems (in the 1 to 2k DPS range on a Sieged Dreadnought). They are short range guns, and their tracking will probably be somewhere in the battleship gun range. 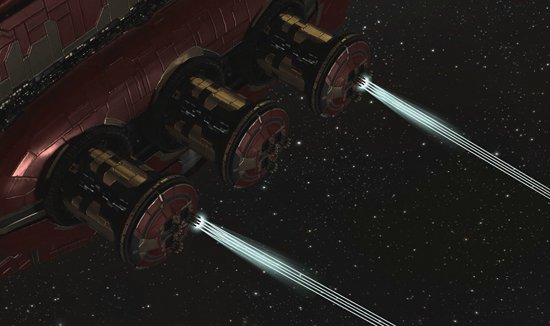 This forms a large part of the HP balance. While traditionally a large part of a sub-capitals EHP came from plates or extenders, there are no capital equivalents. No longer! The choice on what to fit (plates, the most powerful guns, capital neutralizers, etc) will be a very important decision post Citadel expansion.

The new capital scramblers and disruptors will offer higher scramble strength with no bonuses to range. Existing officer disruptors and scramblers (which are capital modules) will keep their current roles as longer range capital tackle.

We are completely re-imagining fighter game-play.

The carriers of the Citadel Expansion will launch squadrons, made of up to 12 fighters of the same type. 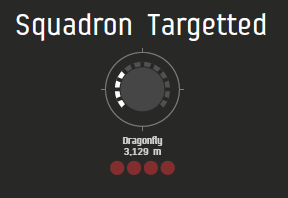 Carriers & Super-Carriers will launch up to 5 separate squadrons at a time. We are intending on introducing 3 classes of fighters, these will replace all existing fighters and fighter-bombers.

The number and types of squadrons a carrier or super-carrier can launch will be limited.

Management of fighters ready on the launch decks will be an important consideration for carrier pilots. It takes time to swap one squadron of ready fighters out for another, or re-arm your Heavy Fighter Torpedo squadrons.

Some of the abilities we're considering to include 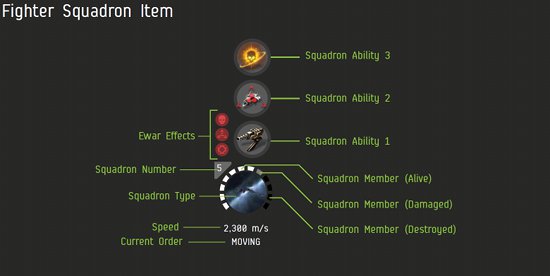 Carrier pilots will need to be masters of multitasking and positional gameplay. We're introducing a new control paradigm for fighter squadrons. You can order your fighter squadrons to go to a point in space, instead of just objects.

Your fighter squadrons will be limited to the same grid as your carrier or super-carrier. No more warping fighters. However, they could be fighting several hundred kilometers away...so Team Psycho Sisters are doing some work on the camera for us. We're enabling you to detach the camera from your ship, or any ship and move it across the grid. They have a whole bunch more Camera magic they are working on, and you'll probably see a devblog from them soon!

And lastly, we will be providing you a lot more information about what your squadrons are doing. This is a mock up, and we have a lot of play-testing to do, but it gives you an idea of what we're aiming toward. 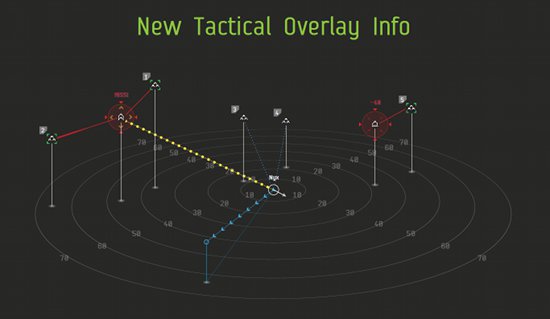 We have a wide range of super-weapons we're looking at for the Citadel Expansion. We had several requirements for all our Doomsdays -

Using the new UI, a Titan pilot can select two points in space and a powerful energy beam will slash from the Titan to the first point and then move to the second damaging any ships unlucky enough to intersect with the path of the beam. 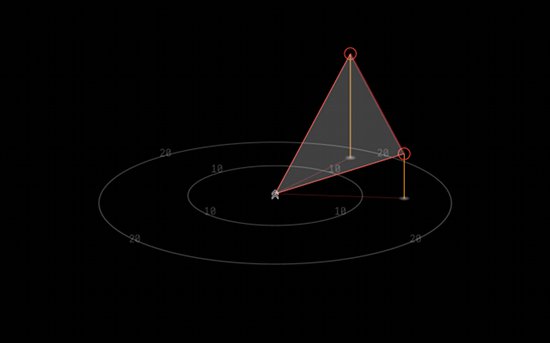 The energy requirements of this weapon are so great however, that before firing the Titan neutralizes any ships unlucky enough to be close to it before checking to ensure it has enough capacitor and firing. The Sickle does not differentiate between friend or foe, damaging anyone in its path.

Lastly, it takes a while for the Sickle to warm up. During this period it becomes obvious where the beam will slice, giving ships time to get out of the way if their pilots are paying attention.

Similar to the Sickle, instead of slashing though space this beam is stationary. It neutralizes capacitor, then fires along a path, pulsing every second and doing damage to anyone who stays in its effect radius. 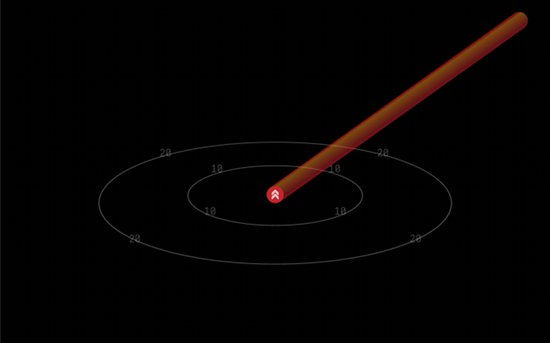 Utilizing Jump Drive technology, the Hand of God will generate an anomaly in space. After a short period of time, anything that isn't a structure or capital class ship will be teleported, together, to a random location in the same system away from the Titan, while the titan stays put. While the effect isn't powerful enough to teleport capitals, it will disrupt their warp and jump drives for a period of time. 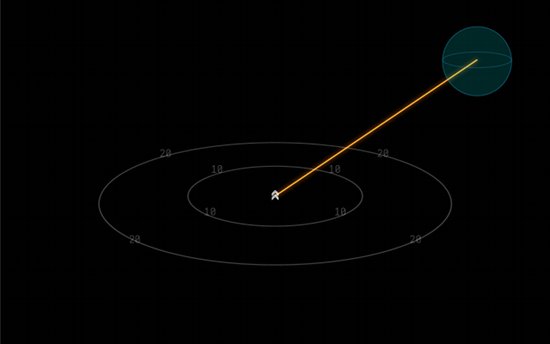 Utilizing advanced new technology, this weapon destabilizes the capacitors on a ship. After a short period of time (10-15 seconds) any charge on capacitor rapidly discharges...like a smartbomb. The more capacitor the ship has, the more damage it does to itself and nearby ships.

Super-carriers won't be left out however! Fighters by their nature can be fighting hundreds of kilometers away from their upercarrier. The super-carriers special weapons compliment this. Building on the Remote ECM Burst, supercarriers will be getting a whole range of remote EWar AOE weapons. The exact details of these weapons aren't finalized, however we're exploring a bunch of option for these, such as:

We are looking at expanding this line...think very localized and short term Wormhole effects. However there are some technical challenges to overcome here...so watch this space.

Supercarriers will also have stronger fighter squadron compositions and abilities than Carriers. We feel that the new fighter squadron gameplay and the projected Electronic Warfare Abilities go hand in hand.

I hope you are all as excited about these changes as we have been imagining and coding them. We will have more devblogs over the coming months, going into specifics about each of these topics. Tell us what you think, including suggestions and concerns. Over the coming weeks we'll be posting how you can apply to be a part of the capital focus group. Keep an eye out for that!